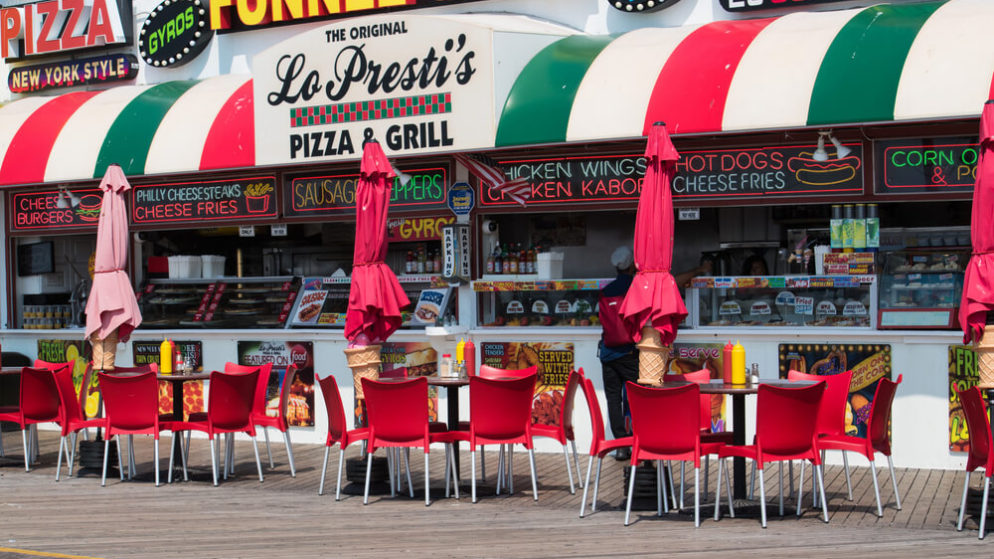 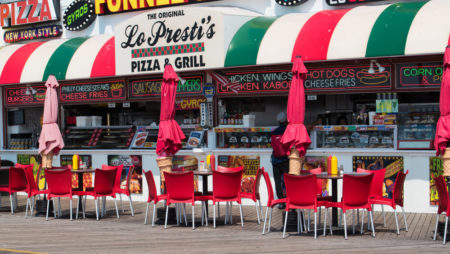 Atlantic City Mayor Marty Small recently signed an executive order allowing open container alcohol on most of the Boardwalk, at Gardner’s Basin, and on New York and Tennessee Avenues and St. James Place.

The mayor made the announcement in front of the popular Boardwalk Biergarten; during the shutdown, people have been buying to-go alcohol here and drinking it while sitting on the nearby benches. Essentially, the mayor has legalized something that people have been doing anyway.

The mayor stated the reason for his open container executive order was to boost Atlantic City’s businesses, which have been devastated under the prolonged coronavirus shutdown as well as the widespread looting on May 31, related to Black Lives Matter protests.

The relaxation of open container restrictions was endorsed by both business owners and the police department. Many of the city’s businesses remain boarded up after the looting, and the casinos remain shut down by Governor Phil Murphy.

Small said the move would help social distance people, now that local restaurants are allowed to seat customers outside. The open container areas are from Rhode Island to Sovereign Avenues, including Gardner’s Basin. Customers of the Fish Heads food truck and the Back Bay Ale House will appreciate the city’s new open container policy.

The open container zones also include the beach blocks of New York and Tennessee Avenues, including Bourré and the Tennessee Avenue Beer Hall, St. James Place, and the Irish Pub.

“We’re trying to bring the economy back,” said Mayor Small. “This is just a small step in the right direction for Atlantic City, to keep us in step with other entertainment areas.”

The Atlantic City Council had already approved open container alcohol, but it was not approved by the state legislature. The mayor says the city will push to make the change permanent.

Steve Callender, head of the city’s Casino Association and senior vice president of the Tropicana Casino, noted that the open container law has long been sought and will help not only local small businesses, but also the casinos as they prepare to reopen.

“It’s going to be hard ramping back up and regaining some of the momenta that we had achieved over the last few years,” Callender said. “We can use everything we can to help us.”

Callender noted that Tropicana customers often ask why they can’t take their “adult beverage” onto the Boardwalk. “My whole life I’ve been on the Boardwalk,” he said. “I have people asking me all the time, if I go outside to watch the fabulous fireworks at the Tropicana, why can’t I bring an adult beverage?

The Atlantic City police have been looking the other way when it comes to open container drinking outside Bungalow Beach, the Biergarten, Celebrity Corner, Landshark Bar & Grill, Bill’s Gyro, and the Rainforest Cafe ever since they have been allowed to sell to-go alcoholic beverages.

Atlantic City Needs a Stiff Drink After the May 31 Looting

Deputy Chief James Sarkos indicated the department supported the Small’s executive order. Allowing open container drinks on the iconic boardwalk was a welcome relief from the widespread looting and the aftermath of the rioting that the mayor called, “Atlantic City at its worst.”

Seventeen people had been arrested for rioting and looting, six of whom were from Atlantic City. The others were from out of state. More than 100 state troopers were called into Atlantic City to assist. Police continue to collect surveillance footage from local businesses to help identify and charge anyone engaged in criminal activity during the riots.

Nearly every store at the Tanger Outlets remains boarded up, as well as many small businesses around town. City officials hope that the Mayor’s executive order allowing open container alcohol on the city’s sunny Boardwalk will bring a sense of optimism to the city.

Callender hopes the plywood will be removed from the storefronts at the Outlets, which creates the entryway leading up to the Boardwalk from the Atlantic City Expressway. He pointed out that boarded-up storefronts are not a welcoming sight for out of town tourists. Since May 31, there have been more Black Lives Matter protests, but no rioting or looting. “Once tourists return to town, we’ll all do OK,” Callendar said.