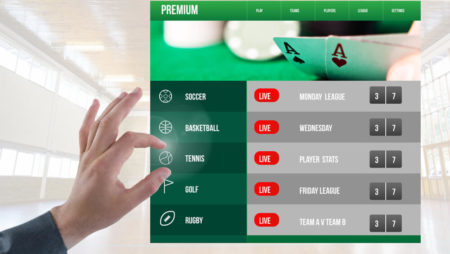 Top on the agenda of the newly formed Illinois general assembly is a bill on sports wagering in schools. The bill which has been sponsored by Mike Zalewski, a state representative, is a re-filing of an earlier piece of legislation. Zalewski in his bill seeks to have the Sports Wagering Act amended.

As the bill stands, it makes it illegal for people to bet on colleges and universities sports events within the same state. The original bill, HB 5876 that Zalewski has sponsored for amendment and which will be contested by HB 0849, is more or less the same save for the elimination of a single provision. The new provision makes it mandatory for any institution seeking license for sports betting to refrain from accepting bets placed on competitive sports in which at least one of the teams is from Illinois.

If passed into law, this legislation would take effect with immediate effect. The state of Illinois has 13 college basketball programs for division 1 and a total of 7 FCS and FBS teams that take part in college level football. Esports betting in particular is quite popular and has proven to earn quite a fortune in terms of revenue.

Zalewski had tried to make the bill pass within the 101st General Assembly but the process was slower than anticipated. His bill then, HB 5876 never made it past the first reading stage with the rules committee. This state of affairs is what led to a sine die shortly before the 102nd General Assembly was sworn into power.

In an email exchange that took place in February 2021, Zalewski expressed pessimism over the possibility that his new bill would be enacted prior to the upcoming NCAA tournament in March. Being that this is a relevant event that would be covered by the amendment to his bill caused Indiana would be hosting, the bill would not be in force to regulate betting in the tournament. Hopefully, the new sports bill will be in place by the time the late August sports season begins.

When and if the new bill passes into law, sports punters will be allowed to place bets on sports events that comprise of teams from the state of Illinois. Nevertheless, the current state of affairs continues to promote sports even beyond the betting scene. Most recent reports published on betting on college and university sports events reveal that close to $113.6 million was spent as sports wagers in November 2020.

Apart from Illinois, New Jersey is the only other state that has legalized betting in various forms. The particular legislation that legalizes betting in these jurisdictions also opens up the region to diverse options as concerns sports betting.

Why the exemption has to be removed

In his earlier attempt at filing the bill by Zalewski, much of his consideration and arguments were based on the current Covid-19 situation. The risk at the height of the pandemic curve was having athletes on the field with the uncertainty that they would walk out of there with their lives.

At the start of the year, the risk of falling sick due to respiration complications brought about by Covid-19 was way higher than betting. During that first attempt, the state representative had expressed interest in hearing what the schools had to say regarding the new law.

The same law that Illinois is seeking to overturn through the amendment by Zalewski is in force in areas such as Washington DC, Virginia, Oregon, Rhode Island and Delaware. Washington State also has prohibitive legislation but this is soon going to change because the first wagers are expected anytime in 2021. While Pennsylvania and Iowa both have laws legalizing betting in in-state games, the restriction is in contest-specific player prop bets.

With online sports betting quickly gaining ground in New Jersey, many other states are eager to get a share of the betting pie. This is the same wave that international betting players such as Playup of Australia are so eager to be a part of.

The betting scene in Illinois

When it comes to betting in a market where it has been legalized, punters can never go wrong when in Illinois. As other states are rushing to accommodate the social distancing protocols through betting, Illinois is among the few that opened up that part of their market a while back. Back in 2019, under Governor J.B. Pritzker, the original sports betting bill was passed into law.

Now, the traffic will ease on roads leading to Las Vegas as the residents of Illinois have their own betting laws. New Jersey already paved the way and Illinois became the second betting destination of the US; only this one focuses on freeing up the in-state college tournaments.

For the people of Illinois and those who love gambling on sports, the BetRivers provides the perfect platform for those who would like to place their wagers in a land-based casino setting. So far, 4 key industry players in sports betting have set up camp in Illinois; FanDuel, William Hill, Pointsbet and DraftKings.

For the people of Illinois who love to bet on sports, there can never be a dull day with the many apps available for players in this state. Same to those who place their bets through mobile betting platforms in New Jersey, players are definitely lost for choice when it comes to picking a suitable betting house. The only real task is in selecting additional offers that make the gambling experience even better.

Zalewski, with his recent bill, has played a big role in opening up new gambling frontiers for the people of Illinois. While he has in a way simply legalized a trend that has been going on unmonitored in many sports circles, even in the state of Illinois, the gambling community can now track their achievement through a structured betting system.

With this new legislation in place, more sports gambling players are expected to join in. In a move that many governors around the United States are aiming to replicate in their own jurisdictions, it is only a matter of time before the US to become one large betting table.