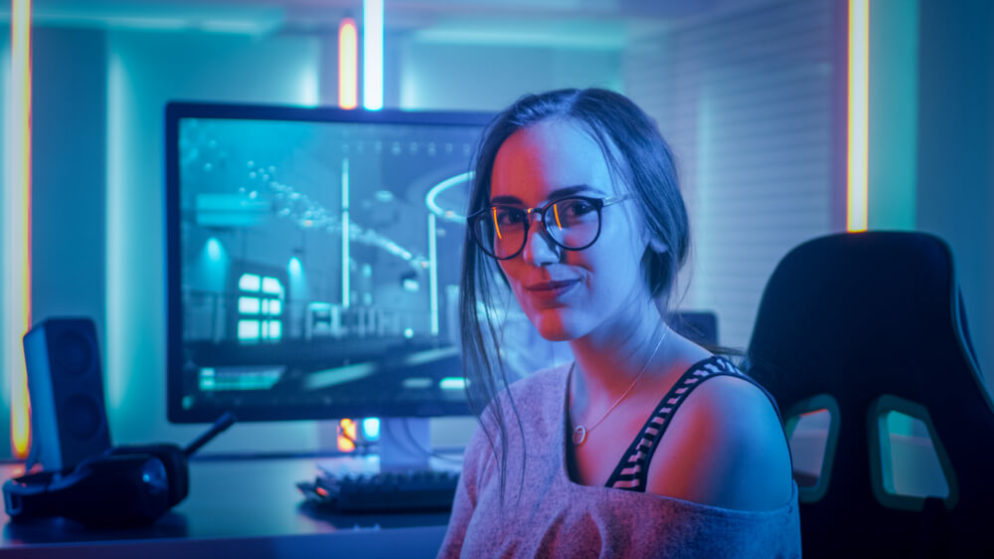 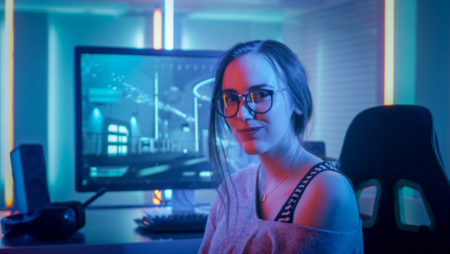 Betting on eSports Comes to the Forefront

With traditional sports seasons suspended and casinos shut down due to the coronavirus, the global gambling industry is no longer laughing at esports. Rather, they’re rushing to get in on the action.

Even as the overall gambling industry has declined, gambling companies have been relying on enduring truism; gamblers will always find things to gamble on. Ever since the coronavirus shutdowns began in March, gamblers have been betting on eSports, and easy to understand digital versions of football, soccer, and basketball.

Video game publishers have been struggling to meet the demand, and European industry reports, where sports betting is omnipresent, shows that half of all sports betting since early March has been betting on esports. Some sportsbooks have seen increases in esports betting in excess of 40 times.

“Betting on esports rules now,” Blume said. “Since March, esports has been our No. 1 global category, and the majority of total bets. Every major sportsbook now offers esports. If you didn’t before, you certainly will now.” While global online sportsbooks like Curaçao-based Pinnacle are illegal in the United States, they are generally legal and very popular in much of the world.

Worldwide, revenue from betting on esports is expected to double to at least $14 billion. And as sports betting spreads across the US, states including Nevada, New Jersey, and Colorado are working to get betting on esports into the public consciousness. In Nevada, sports gambling has been legal and regulated since 1949 and in 2016, Nevada approved betting on esports. Since the shutdowns began in March, Nevada gambling regulators have approved gambling on thirteen esports leagues and tournaments.

“People want to bet on something, and our licensees want to offer sports betting opportunities for their customers. Due to the nature of how betting on esports work, the players can “shelter in place” and still compete,” observed James Taylor, chief of the enforcement division of the Nevada Gaming Control Board.

Taylor said that by mid-March, almost every day casino operators were filing esports applications. He also said they have approved every application except two; those were for leagues that did not show that they had the proper anti-corruption protocols in place. “As a regulatory board, we want to make sure everything is done properly with the right oversight. That way, the entire industry can grow,” Taylor said.

Many of the Nevada esports applications have come from William Hill, a UK-based gambling behemoth. William Hill operates more than 100 sportsbooks in the Silver State.

Chief executive of William Hill’s U.S. operation, Joe Asher, said from the William Hill offices in Las Vegas that the growing esports market reminded him of his childhood playing Pac-Man. “I had memorized the patterns,” he said. “I would put bandages on my fingers because I had calluses from the joystick. People would give me money to watch me play.”

Asher added, “Esports and betting on esports are here to stay, and now we see that very clearly.”

Seth Schorr, founder of the Nevada Esports Alliance and chief executive of the casino management company Fifth Street Gaming said, “I think that in North America, within the next five to 10 years, esports will rank third behind the NFL and the NBA in terms of total bets.”

Existing Trends Accelerate Due to the Coronavirus Lockdowns

Esports offerings have already surpassed simple bets on whether or not one champion video game player can beat another.

While basketball and football bets rely on the live play by humans, that isn’t necessary for generating action with esports. A few global sportsbooks now offer betting on completely virtual soccer matches using the FIFA 20 game from Electronic Arts; the play is computer versus computer. In the US, FanDuel and DraftKings are now offering new free contests based on virtual games of Madden NFL 20, also by Electronic Arts.

FanDuel and DraftKings also offer real-money fantasy contests based on the top esports, including League of Legends, and Counter-Strike: Global Offensive. A DraftKings spokesperson said that paid esports contests now attract 50 times more entries and 20 times more bettors than they did before the shutdowns in March.

“Like so many things, the trend has existed for a long time, especially online, but now it’s accelerated by coronavirus shutdowns,” said Cory Fox, vice president for government affairs at FanDuel.

With many state economies struggling, gambling lobbyists believe that more states will look at online gambling, and betting on esports, as a new source of taxable income.

“Before the shutdowns, I was hopeful that three or four states would go online with sports betting this year,” said Bill Pascrell III, a partner at Princeton Public Affairs Group. “Now I think that number could double as we see state legislatures coming back.”

The next big step in Nevada for betting on esports is regulatory preapproval of certain leagues, just like with the major sports leagues, rather than on a case-by-case basis.

“It could take a year or two, but I now think it’s inevitable that we will have a preapproved whitelist of esports events for wagers in Nevada,” observed Blaine Graboyes, chief executive of GameCo, a game developer for casinos. “This unprecedented time has locked-in betting on esports as part of the core offerings for both casinos and sportsbooks.”

After leading the battle to legalize sports betting nationwide, New Jersey is now playing catch up when it comes to esports.

New Jersey’s initial statutes specifically banned betting on esports. At the urging of the state’s casinos, that was changed, but only if all the players were 18 or older. However, very few esports leagues can promise that. In response, Assemblyman Ralph R. Caputo, the chair of the New Jersey State Assembly’s tourism, gaming and arts committee, is sponsoring a bill that would allow betting on esports leagues as long as at least half of the players are 18 or older. However, betting on high school events would still be banned.

As it stands, more than 15 states allow some type of legalized sports betting. Right now, gambling experts point out that Colorado, which only began offering sports betting on May 1, has the most liberal esports gambling regulations in the country.

The Video Game Industry is Unsure How to Respond

Gambling companies have been under the impression that they don’t need legal permission from a video game publisher to offer betting on esports based on that game. And unlike the major sports leagues that opposed gambling on their games before the Supreme Court ruling, none of the video publishers have tried to block gambling on their games. However, a Nevada esports application for betting on Activision Blizzard’s Overwatch League was rejected by state regulators due to the company opposing it.

Outside the United States, sportsbooks can usually offer new betting opportunities quickly and without regulatory approval. This has helped the esports betting boom that has left the video game industry struggling to respond.

Some video game publishers appear to embrace betting on esports. They’ve hired integrity monitors that also sell betting services and data to sportsbooks. For example, Nevada regulators approved the Overwatch League and Activision Blizzard’s Call of Duty League for wagers. A few weeks later, both leagues announced a deal for “integrity services” with the Swiss company Sportradar. The esports deal is modeled on similar Sportradar deals with traditional sports leagues like the NFL.

“It was like the Wild West when we first looked at esports,” said the head of esports insights for Riot, Doug Watson. Riot is owned by the Chinese gaming and media giant Tencent. “A big part of the ecosystem is Sports betting and betting on esports was going to happen regardless of whether or not it should happen. So Riot decided to make an investment protecting esports to ensure its legitimacy and longevity.”

Andy Cunningham, Sportradar’s head of integrity and league relations in North America, said that esports leagues have paid Sportradar to monitor wagers for suspicious patterns, investigate potential corruption, establish anti-corruption procedures and educate both officials and players on proper behavior. He said esports integrity services are separated from Sportsradar’s other divisions, which sell betting services and sports data to sportsbooks. “There is utterly no conflict in what we do,’’ said Cunningham, although some gambling executives, such as Blume at Pinnacle, disagree.

A few days after Riot announced the integrity deal with Sportradar, both companies announced a separate deal in which a Sportradar joint venture would pay Riot for exclusive access to data from the League of Legends tournaments.

The Sportradar joint venture, Bayes Esports Solutions, then turns around and sells that data to other companies, including sportsbooks. Sportradar has a similar deal with the NFL.

Activision Blizzard has not announced a Sportradar data distribution deal to go with the integrity deal. However, such a deal is being negotiated, according to company insiders who spoke on condition of anonymity.

Separate Integrity Monitoring is Emerging for Betting on eSports

Gambling regulators in Britain, Malta, and Nevada, as well as sportsbook companies like William Hill, have reinforced their relationship to the Esports Integrity Commission. The Esports Integrity Commission is a British group that wants to position itself as a central authority to stop corruption such as match-fixing. This will help to legitimize the esports competitions for fans, sponsors, and bettors.

However, major video game publishers have been unwilling to join. Video game executives explain that publishers like to avoid the notion that they actively support gambling. They also want to avoid the impression that their games require an international integrity commission. In Asia, the epicenter of big-money esports, match-fixing has destroyed individual careers, whole teams, and entire leagues.

The issue of an integrity commission is clearly awkward for the big American video game publishers. Electronic Arts and Take-Two Interactive have both declined to comment concerning betting on esports. Activision Blizzard offered only a passing comment from Pete Vlastelica, chief executive of Activision’s esports division. “Activision Blizzard Esports has an interest in safeguarding the integrity of our competition. This is our reason for announcing the partnership with Sportradar. It’s our highest priority.”

Irrespective of how the video game industry reacts, the American gambling industry has embraced betting on esports. This could be just the beginning as top gambling companies look beyond brick-and-mortar casino resorts.

“The big casino companies were slow to embrace online table games, they were slow to adopt sports betting and they are now slow to embrace betting on esports,” said New Jersey gambling lobbyist, Bill Pascrell III. “But now, they recognize that esports is a legitimate thing, providing real jobs and real money. Moreover, people like it. Esports isn’t going anywhere.”