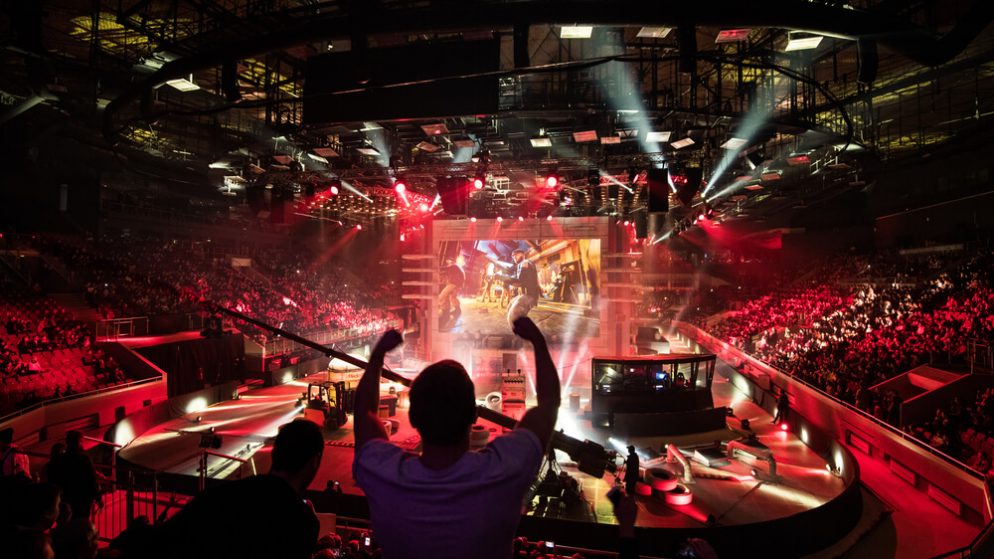 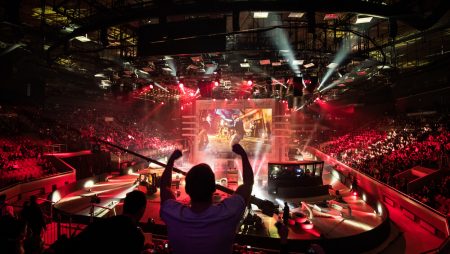 Esports Entertainment’s VIE.gg has finally been approved to fully offer esports betting in New Jersey. The New Jersey Division of Gaming Enforcement approved VIE.gg for a full debut in the state not too long ago. Before this approval was given, the esports betting platform had been accepting wagers in soft play mode, which is the testing period that commenced in January this year.

Unlike other sports betting apps in New Jersey, VIE.gg is the first platform that is dedicated entirely to esports wagers and esports events. Esports Entertainment debuted the app on a transactional waiver, making it the first app of its kind in not just the Garden State, but in the country as well.

Before this dedicated app was launched, bettors in New Jersey could only place individual esports bets at regulated sportsbooks like BetMGM. Punters in New Jersey can easily place wagers on all the popular esports competitions including Call of Duty and League of Legends. EEG launched in New Jersey owing to its strategic commercial relationship with Bally’s Atlantic City.

EEG has put in the effort to ensure that esports bettors in New Jersey have access to a transparent and secure platform. During the soft play trial period, the platform managed to recruit thousands of new sign-ups. This is proof that there was existing demand for esports betting before this platform came along.

Indeed, New Jersey has one of the most flourishing sports betting communities in the country and boasts the largest sports betting market in North America. As such, EEG could not have picked a better market in which to debut its services. The esports industry in New Jersey will likely set the tone for other markets to follow.

Therefore, in the coming months, other organizations are likely to join the market in hopes of taking advantage of the opportunities that lay in store. VIE.gg now enjoys a unique position as the only dedicated esports betting platform in the Garden State. VIE.gg is uniquely positioned to dominate the market, as the brainchild of EEG, which is already a titan of esports.

EEG, which is headquartered in Malta, has been operating in the esports market for more than 15 years. Not only does EEG service various esports organizations all over the world, but it is also listed on the NASDAQ. As the first licensed esports-centric wagering online platform in North America, the VIE.gg will inspire the development of other newer platforms.

EEG is headquartered in Malta. However, it also has offices in Hoboken, New Jersey, and London. To give punters the best experience possible, VIE.gg has been working hard to launch an upcoming feature known as VIE. This feature will allow esports fans to watch live esports matches and tournaments and place bets as the tournament unfolds.

The growth of the global esports market

According to analysts, the esports wagering market is predicted to reach $205 billion before the start of 2028. The average lover of esports is approximately 26 years but the esports audience consists of younger players aged 16-44. Esports will, therefore, be an excellent addition to the sports betting market as it will help to attract a much younger demographic rather than just middle-aged individuals and seniors.

By the end of 2021, more than 13 states had legalized esports betting and more are expected to do so before the close of 2022. A lot of the progress that has occurred can largely be attributed to the improved classification of esports as sporting events. It is worth noting that even though several states have legalized esports betting, several still enforce age limits and restrictions designed to keep younger interested punters safe.

And it’s not just dedicated esports platforms like Vie.gg that are accepting esports bets. Traditional sportsbooks also allow esports fans to place bets. For example, DraftKings has been taking esports wagers. Where permitted, punters can use real cash in matches, tournaments, and even prop wagers, similar to conventional sports bets.

In the future, esports betting platforms such as Vie.gg will likely explore integrating blockchain-based technology. This alternative payment system will allow esports punters to utilize cryptocurrency, as well as newer digital assets like NFTs. Soon, esports betting will also likely be included as part of the offerings in brick and mortar casinos.

To ensure even more growth in the industry, operators alongside their partners have been organizing tournaments and championships. For instance, not too long ago, EEG organized the first-ever skill-based Madden Tournament in conjunction with Hard Rock AC. During this historic esports tournament, more than 16,000 live spectators followed the Madden tournament that was held between March 19th to 20th at the casino resort.

This live tournament was important, as it marked the debut of EGG’s Landual Platform. Additionally, the tournament served as a springboard for more betting events and tournaments in Atlantic City casinos. According to Hard Rock, more than 290 individuals registered for the event, and at least 150 people participated.

This strong interest that the tournament generated is proof that the esports industry is on the cusp of prominence. Esports players and fans are going to take every opportunity provided to take part in peer-to-peer betting, especially at the championship or tournament level. Once the esports betting technology is completely refined and all the esports betting regulations are in place, the market should expect massive growth.

Esports will continue to grow as time progresses. So much so, that the market may even overtake sports betting in about 10 years or so. Market research firm Newzoo recently compiled a report predicting that the esports industry is capable of generating at least $1.6 billion in profits by 2024.

The rest of the country has been slower to embrace this revenue-generating opportunity. But now that New Jersey has made esports betting official, the rest of the states are sure to follow. 5 years ago, there were almost no esports tournaments to speak of in the country. However, now there’s traction in the market, which is set to guarantee even more growth as time progresses.