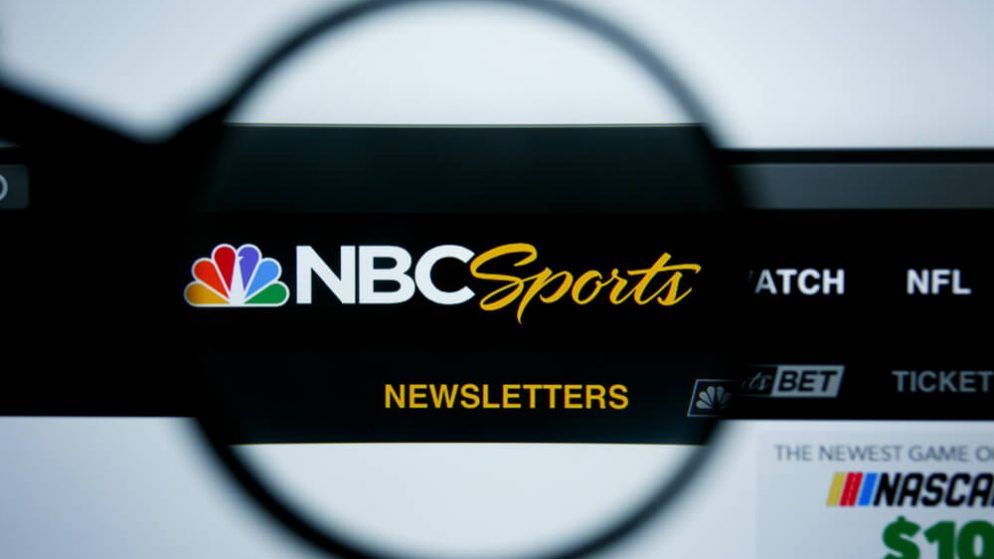 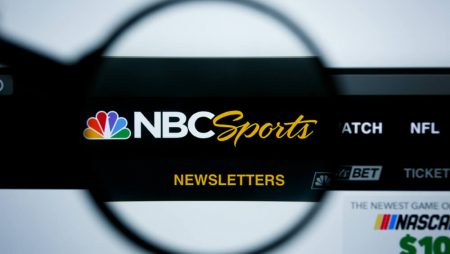 BetMGM is now the official new sports betting sponsor for the NFL coverage on NBC sports. NBC and BetMGM announced their new partnership recently in September, highlighted by weekly integrations on the show Football Night in America, which takes place every Sunday on NBC.

Aside from integrating the BetMGM brand into one of the most popular NFL shows in the country, the brand will also become a regular feature in additional sports content on NBC. During Football Night in America, the BetMGM will be featured in segments hosted by sports betting and fantasy expert Matthew Berry and his co-host Chriss Simms, who is also a recognized former NFL quarterback.

The segments will analyze gambling lines, as well as cover different sports betting content aimed at helping punters make informed decisions. The segment will also include betting lines generated by BetMGM on the score. The lines will also be prominently displayed on the stats ticker, which is typically located at the bottom of the screen during the Peacock Sunday Night Football Final.

This new partnership will go a long way in allowing the BetMGM brand to better interact with its customers while also attracting more interested punters. The team at NBC sports is extremely well respected and has the capacity to engage football fans, which is exactly what the BetMGM brand needs to solidify its presence in the highly competitive sports betting market in the country.

As part of this partnership, BetMGM’s odds and lines will also be included in all wagering and fantasy content hosted on affiliated platforms such as Peacock and Simms. But it’s not just BetMGM that will benefit from this partnership. NBC Sports also has an opportunity to offer their fans and audience new experiences, which should keep the viewers locked.

BetMGM’s partnership with NBC Sports is expected to last all through the 2023 NFL season. It might be renewed for the next season. However, no details have been made official yet.

Not too long ago, NBC announced that it would be replacing PointsBet with BetMGM as its official sponsor of Football Night in America. NBCUniversal and PointsBet signed a multi-year agreement in August 2020. This old deal included close to $400 million for its marketing budget.

As part of the initial deal, NBC also secured a 5% stake in PointsBet. But now that the partnership has crumbled, the remaining marketing budget will be redirected to marketing the brands in local NBC stations, its digital platforms, as well as its regional sports networks. PointsBet was also made the official sports betting partner of the NBC Sports Predictor app, which hosts various free-to-play games on soccer, NASCAR, football, and golf.

Although this multi-year partnership with NBC Sports is no longer in place, PointsBet is not necessarily severing ties with NBC. To date, PointsBet still remains NBC’s broadcasting partner but has decided to shift its attention elsewhere. PointsBet is opting to concentrate on Peacock, which is NBC’s streaming service, as far as its marketing efforts are concerned.

Since the Australian-based brand entered the North American gambling market, PointsBet has made great strides in the competitive market. So far, the PointsBet brand is available in 12 states with more expected in the coming months. Owing to its partnership with NBC, PointsBet is easily one of the strongest and most recognizable sports betting brands, which should further help the brand’s expansion efforts.

PointsBet has been trying its hardest to remain innovative with its out-of-the-box ideas. The brand plans to keep its customers engaged and informed through the brand’s weekly newsletter, as well as its content marketing. To this day, PointsBet stands as one of the most popular sports betting brands in the country.

More sports betting partnerships for BetMGM are in the works

Meanwhile, BetMGM was recently named the official sports betting partner of the Cincinnati Reds. This new strategic partnership will cement BetMGM’s presence in Ohio’s newly legalized sports betting market, which is expected to launch in January. With this deal, BetMGM is also gearing up for the opening of a new BetMGM stadium to be located at the Great American Ball Park.

The new sportsbook will be located in the space that is presently occupied by the Machine Room restaurant, which is in the northeast area of the venue. The new sports betting stadium will only be accessible from the exterior ticketing areas of the ballpark. The venue will welcome sports betting lovers that will be allowed to gamble on games all through the year.

BetMGM’s stadium at the Great American Ball Park will be BetMGM’s second sportsbook to be located at a Major League Baseball Stadium. BetMGM already has a presence at Washington DC’s Nationals Park, which it debuted at the beginning of this year in January. As part of this agreement, BetMGM’s signage will be displayed prominently on the outfield wall sign, on the messaging located behind home plate, and on the foul line at certain events and games.

BetMGM will also be allowed to create its suite and have club seats at the stadium. The brand also has plans to curate one-of-a-kind experiences for its customer and fans. With sports betting coming to Ohio at the start of next year, this new stadium will allow the BetMGM brand to cement its place in the burgeoning market.

BetMGM’s growth in Ontario has also been phenomenal. BetMGM received approval to debut its products in Ontario earlier this year in April and has been growing ever since. Ontario was the first international market that the BetMGM brand launched in and the 23 overall in North America.

To reach new customers in Ontario, BetMGM also teamed up with some of the best athletes in the country. So far, BetMGM has signed partnership deals with Hockey Hall of Fame member Wayne Gretzky, as well as Conner McDavid, the captain of the Edmonton Stealers. These legendary athletes have been appearing on BetMGM’s marketing alongside other brand ambassadors such as Jamie Foxx and Kevin Garnett.