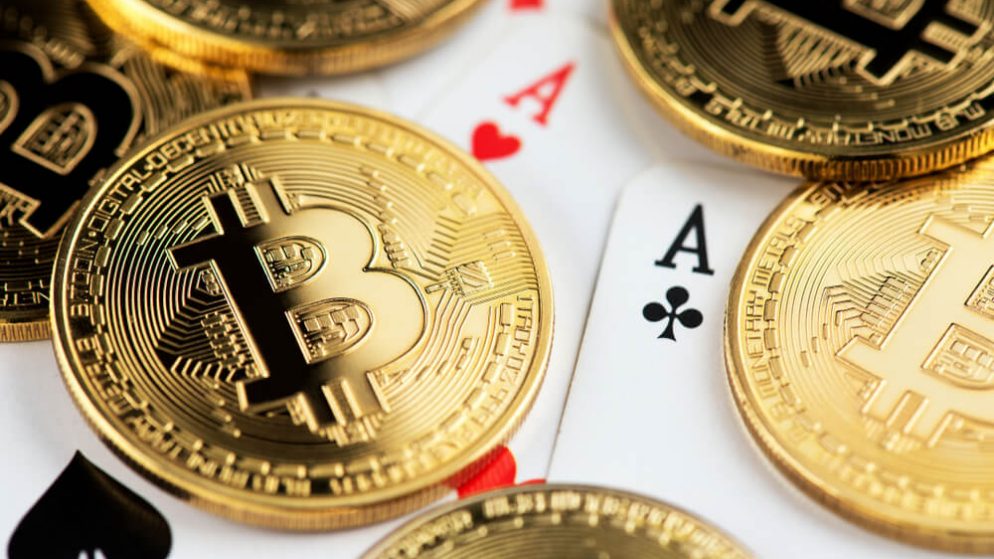 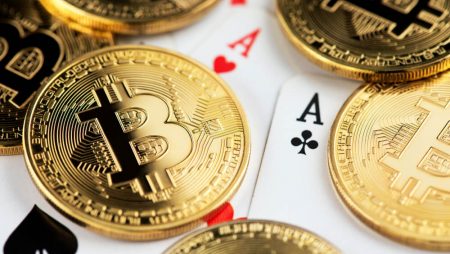 The world is constantly evolving and many of the things people consider ordinary are becoming obsolete. Money for instance is no longer only in the form of physical currency; virtual money is now taking over many transactions. There has been an obvious delay in accepting cryptocurrency because of the risk of a market crush.

This is however not deterring the CEO of DraftKings who is open to the idea of using crypto in the sportsbook’s nationwide outlets. The only challenge is the various state regulators who will hear none of it. Robin made the controversial remarks at the beginning of June during an event facilitated by stock trading app Public.

While he did not narrow down to any one specific digital asset, Bitcoin might be the first to be adopted if the proposal is accepted. This is because it is currently the most dominant with a capitalization value of $695.33 billion. The boss of DraftKings also left out details as to which gambling activities would be paid for using cryptocurrency; the company is currently offering daily fantasy sports (DFS), esports betting, and internet casino.

Even though DraftKings runs activities within the states independent in every location, the payment methods used must be approved by the state regulators. DraftKings does not operate in any state that has allowed cryptocurrency for trade. Even if state regulators started approving cryptocurrency, the wait would be long till there is a complete shift since each state will move within its own pace and framework.

Robins believes that the use of digital assets has the potential to transform industries totally or partly depending on the operations model.

Bitcoin Conversations around the Gaming Industry

The adoption of cryptocurrency in trading is no doubt marred by a lot of suspicion. The fact that some cryptocurrencies have been in use for many decades means that lots of information is available on how they work.  Bitcoin has been in the market for a while and there is every indication that it is going to be around for much longer. In gaming related news, International Game Technology was awarded the patent to permit players to play on slots using digital money. For the gaming device manufacturer, this means that new versions of gaming interfaces will have an additional feature for digital currencies.

Recently, Sony Interactive Entertainment developed a patent proposal that seeks authority for the PlayStation developer to accept Bitcoin in esports wagering. Before the end of June 2021, Resorts World Las Vegas will be opening up on the Strip; the organizers are finalizing the process of allowing Bitcoin payments for casino and hotel. At the heart of the process is cryptocurrency exchange Gemini.

These are just a few examples of the cryptocurrency prevalence wave in the recent past; 7 years ago, Golden Gate and Derek Stevens’ D Las Vegas, downtown Las Vegas properties adopted Bitcoin. Up to date, the said venues have ATM machines that are specifically for Bitcoin transactions. Guests of the Golden Gate and D are allowed to pay for their dining, accommodation and other purchases using the dominant Bitcoin.

For an industry that is on the verge of discouraging its users to use cash, it makes sense that DraftKings wishes to further digitize its money options. It might not take place now, but the cryptocurrency evolution is on its way to advancing business. It is only a matter of time before the casino industry locks cryptocurrency for its convenience and safety.

The best time to have adopted new technology is now when social distancing protocols are still in use in various parts of the world. Cryptocurrency not only eliminates the aspect of physical association but also reduces the spread of communicable diseases.

The mobile casino operations of DraftKings are in 11 states spread across the United States; New York and Mississippi is host to the casino’s brick and mortar gaming sportsbooks. Fans of the DraftKings who live in West Virginia, Pennsylvania, New Jersey and Michigan are able to catch the betting action through the company’s online platform.

Due to lack of proper regulation, the DraftKings DFS offering is not available in Washington, Nevada, Montana, Idaho and Arizona. Some states allow DraftKings customers to load money into their accounts through gift cards and even from Boost Mobile stores. These are some of the existing systems that indicate that the use of Cryptocurrency in betting is not too far off.

There is definitely hope in the industry that cryptocurrency is soon going to be added to the list of acceptable payment methods. States such as New Jersey and Colorado have already opened up their markets to digital currencies; the adoption largely depends on the acceptance levels and attitude within the population. There are 10 states in the country where people have liberal views on cryptocurrency and two have already bought in.

Of the top 10 states that have an interest in adopting cryptocurrency, Colorado, New Hampshire and Michigan have an active digital currency usage rate. Although relatively small in terms of population size, Wyoming is making rapid advances in the adoption of cryptocurrency. Judging from the performance in this state compared to others, it is soon going to emerge as a digital assets investment hub.

The state has just finalized the process of legalizing sports wagering and many investors are looking in with hope. It is not yet clear whether DraftKings will be among the betting operators that will set up shop in this location.

The digital era is here and rapidly evolving. For the young entrepreneurs, digital tools facilitate business in its many aspects. Then there is the conservative generation that is cautious about emerging trends; this lot tends to focus more on the setbacks as opposed to the gains. The duration during which cryptocurrency has been around should tell everyone something about its stability. No one is certain about the foreign exchange market tomorrow and that is the same risk to approach crypto issues.