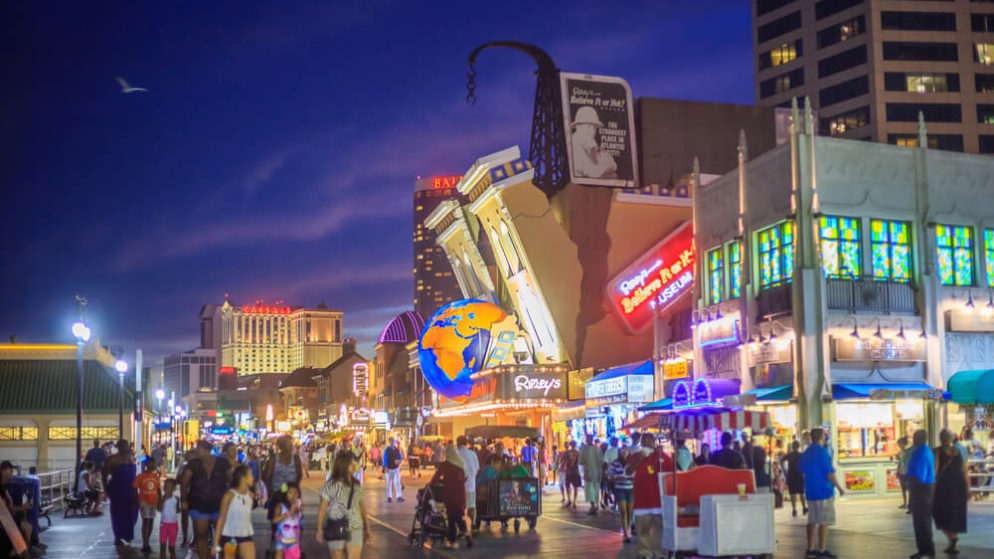 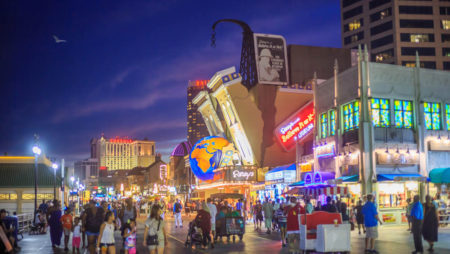 A boom in sports betting as well as internet betting earned Atlantic City’s casinos nearly $3.3 billion in 2019. We’re happy to see the iconic seaside resort and the gambling capital of the East Coast continue to rebound from the meltdown that closed five casinos in the previous decade.

The figures recently released by the New Jersey Division of Gaming Enforcement revealed that the nine Atlantic City casinos collectively earned $3.29 billion during 2019, which is 15% more than 2018. In addition, the state has also recorded $300 million in sports betting wagers. As a result, the NJ gambling industry earned $3.46 billion last year (horse racing winnings are excluded from the report). This is the first year since 2012 that the casinos in Atlantic City have earned more than $3 billion.

From 2014 to 2016 five of the then-12 Atlantic City casinos closed, and more than 11,000 people lost their jobs. Fortunately, 2018 saw a revival of the gambling economy in Atlantic City when the former Trump Taj Mahal reopened as Hard Rock and the old Revel Casino reopened as the Ocean Casino Resort.

However, these two new casinos also took away some of the business from the seven casinos that survived the 2014-2016 crash. But overall, the nine casinos reported a combined profit of $484 million in the first three quarters of 2019. That is down slightly, 4.5%, compared to the same period in 2018.

David Schwartz, a gambling historian with the University of Nevada Las Vegas remarked that “The increasing revenue is positive. I believe that right now, the gambling industry in Atlantic City should be growing their market, rather than trying to consolidate their profits. So a small decrease in third-quarter profits isn’t really bad news. Overall, I believe that Atlantic City needs to work on improving its image and up their marketing campaign. In that way, Atlantic City will become a preferred destination in the saturated Northeast casino market.”

Rummy Pandit, a gambling expert working with Stockton University, believes that Atlantic City has been successful in its attempt to diversify its gambling offerings. This is especially true when it comes to internet gambling and sports betting. These two options, which have been intensively developed since late 2013, now bring in more than 18% of Atlantic City’s earnings. 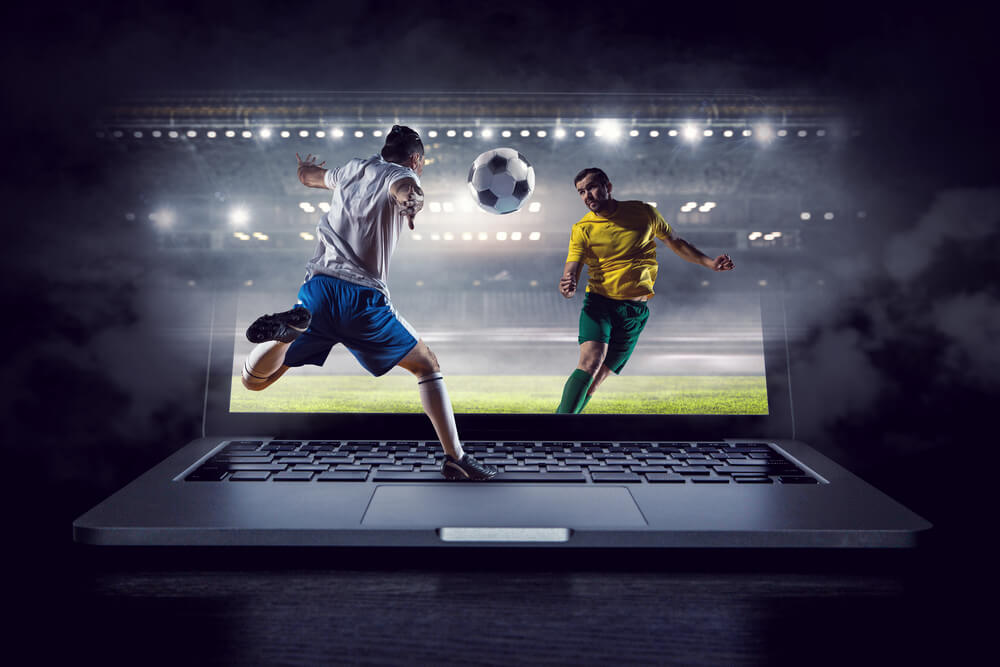 New Jersey had a very good year when it comes to sports betting, with close to $4.6 billion wagered on both college and pro games.

Finally, on June 13, 2019, New Jersey Governor Phil Murphy signed into law legalizing sports betting in the state. New Jersey gaming revenue quickly reached $233 million that same month, up 7.3% from the same period the previous year. Since that time, more than $5.8 billion has been wagered in New Jersey on sports, placing the state second to Nevada in the burgeoning market of sports betting.

Monmouth Park in Oceanport, the other in-state racetrack which offers sports betting, reported close to $26 million in sports betting earnings.  In addition, Resorts Digital, which works in conjunction with DraftKings online sportsbook, earned approximately $80 million. The month of December, was the second-best month ever, with nearly $558 million in sports wagers, compared to November’s total of $563 million.

While the gaming revenue in New Jersey is growing, Las Vegas gaming revenue has dropped. In fact, in December 2019, Las Vegas’s revenue for that month was down 3.2% to $ 571 million, compared to December 2018. In fact, since last October, Las Vegas’s gaming industry has declined by 6%. If both states maintain their current growth and decline patterns, in the coming years New Jersey will surpass Las Vegas to become the premier “gambling city” in the country.

According to the analytical director of the US DGS gaming industry, sports betting will propel New Jersey beyond Nevada, due to their focus on internet gaming. When it comes to sports betting, people are more willing to bet online, rather than going to a casino to place their bets. As it stands right now, New Jersey’s online gambling industry is the best in the United States.

However, Las Vegas and the state of Nevada have other advantages. As perhaps the most famous “gambling city” in the world, Las Vegas is also well known for its fine dining and world-class entertainment, which are closely associated with the casinos. Furthermore, Nevada has legalized recreational marijuana and prostitution, which also attracts tourists to Nevada.

Jeff Ma, the moderator of the session and a well-known sports wagering consultant, asked the panel to forecast the future of the legal sports betting market by 2030. The predictions fluctuated from a moderate $80 billion annually to an astounding $500 billion every year. Since the Supreme Court overturned the Professional and Amateur Sports Protection Act in 2018, Americans have bet more than $15 billion on sports.

However, former senior vice president of public affairs of the American Gaming Association, Sara Slane, conceded that her prediction of $500 billion in sports betting may be inflated. When applying Nevada’s financial history of sports betting to all 50 states, the projection for U.S. sports betting is closer to $150 billion, Slane admitted. Slane, who has also launched her advisory board, noted that a period of time for player acclimation will be necessary for certain segments of the market that are unfamiliar with sports betting. She also noted that sports betting among women are a key growth market to watch.

The future projections for sports betting are also complicated by the inconsistent pace of growth on a state-by-state level, as well as inconsistencies in tax rates and the popularity of internet sports betting.

Mike Primeaux, FOX Bet SVP of Product and Strategy, predicted that the profits by 2030 will be closer to $175 billion annually. Internationally, Primeaux looked at sports betting in the U.S. and Australia and the U.K. to draw these conclusions. Primeaux also noted that the pace of sports betting legalization state-by-state is beyond the control of the industry.

The question of play-by-play wagers

Micro or in-play betting on the next play in a game was also a hot topic at the conference. The NHL plans to roll out a puck and player tracking system this season. The technology will enable sportsbook partners to incentivize  the fastest players with the fastest slap shot during the game.

However, MGM Resorts stated that it’s unlikely they will offer the play-by-play wagers for the Stanley Cup Playoffs. “The technology still needs to go through the regulatory process, and that’s unlikely to happen in time for the Stanley Cup. That’s something that’s up to the NHL,” noted Scott Butera, president of interactive gaming for MGM Resorts. Likewise, the timely launch of a pitch-by-pitch betting system for MLB betting is also doubtful.

Jeff Ma also pressed King for answers on how in-play betting can succeed if operators often use tools such as intentionally rejecting wagers and built-in delays to manage risk. These tactics are frowned upon by sharp bettors. However, King stated he expects that only a small number of in-play bets will be rejected by FanDuel in the years to come.

Brent Musburger, who worked for both ESPN and ABC sports for more than 30 years, was asked if any network would add live, in-play odds to the Chiron at the bottom of the NFL broadcasts soon.

“No. No broadcaster will do that until the NFL gives the OK,” Musburger said. “The NFL hasn’t given that permission right now.”

FanDuel research demonstrated that during the first six months of sportsbook in New Jersey, 90% of new customers came to their website after placing bets on the illegal market.