New Jersey Gambling had an amazing 2019. Check out the highlights below for both casino revenue and sports betting revenue. 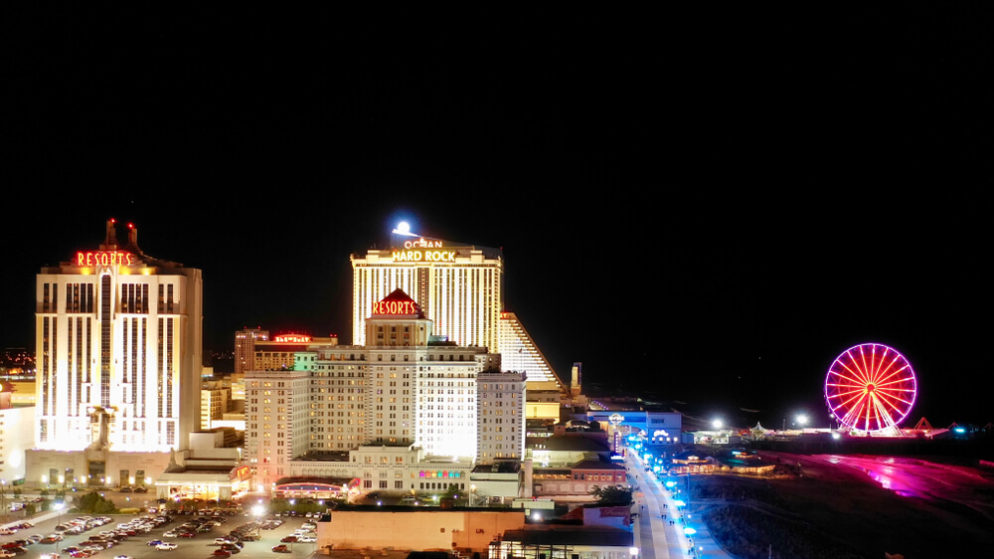 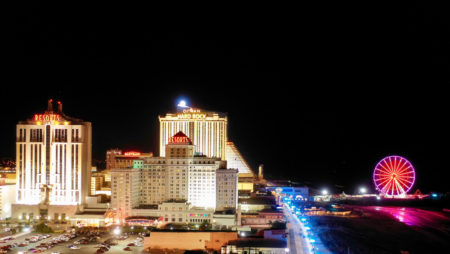 Both 2019 and the decade have now drawn to an end across the world. But for the state of New Jersey and all the casinos and  sports betting companies residing therein, 2019 celebrations are still going strong.

These celebrations have been fueled by the New Jersey Division of Gaming Enforcement (DGE) announcing more record-breaking 2019 statistics, with the winners of the year eagerly awaiting finalization of the remaining data to verify their standings in the history books of gambling.

Although the November revenue is perhaps just a little lethargic when compared to October’s numbers, the total gains still surpassed eighty million dollars state-wide, an incredible addition to the state’s accomplishments for what has been a consistently high-performing year.

The November numbers were impressive, but the record-breaking part of the latest totals emerges from the portion of total revenue provided by online casinos. In November, online casinos and poker together represented a little more than forty-nine million dollars in revenue, and with online bookkeeping representing almost thirty-three million dollars–down by about six million from the month before–it’s not hard to see the reason for celebration.

In addition to the state revenue share records and overall economic prosperity, many online casinos also shattered their own business records, the month’s three stars being Borgata (and its partner and subsidiary ventures Borgata Online Casino NJ, Casion, BetMGM, Party Poker NJ, and Pala Online), Golden Nugget Online Casino, and Resorts NJ Casino Online (and its partner and subsidiary ventures DraftKings, Mohegan, and FOXBet). These groups and ventures accounted for the largest portions of the state’s market share.

Borgata made a strong show, maintaining its standing among the top three online casinos in the state and enjoying another record-breaking month with more than eighty-one million dollars in gaming wins (including more than forty-seven million in casino-specific wins), almost thirty-three million in online sports-betting wins, and nearly one-and-a-half million in online poker winnings.

Golden Nugget, New Jersey’s largest online casino, also surpassed its own prior record, bringing nearly nineteen million dollars in revenue during the month, working only to further solidify its role as a top earner in the state and the benchmark against which other online casinos operating in the Garden State should be judged. This came as yet another win for the company which has had a year of record-setting and lead extension, truly the crown jewel of the state’s gaming organizations.

Although Borgata and Golden Nugget each earned accolades of their own, Resorts NJ seems to be the winner of the month when it comes to branding. The company enjoyed almost eleven million dollars in revenue when counting in casino and poker revenues, the earnings boost and visibility assistance provided by its partners contributing toward making its brand synonymous with the state’s virtual gaming, thus helping drive its increasing market share.

Although much of the news is amazing for the state, as mentioned earlier, the sports betting revenue in the state did experience an almost six-million-dollar month-to-month loss, an unfortunate downturn in an otherwise bright monthly report.

Experts on the matter are attributing the total revenue losses to the revenue downturn of Meadowlands, which together with its partners FanDuel NJ Sportsbook and PointsBet had accounted for more than twenty million dollars in the month before; conversely, in November, the Meadowlands partnership barely managed to crawl over the fourteen-and-a-half mark, accounting for most of the month-to-month loss although providing little insight as to the cause of its sudden deflation.

One such expert did venture to say that the market drowsiness was the result of the upcoming holiday season and the ending of the Major League Baseball playoffs, suggesting that the December numbers would enjoy the popular ‘bowl season (Northwestern Mutual Rosebowl, PlayStation Fiesta Bowl, etc.) as well as the NBA’s offerings.

Even though sports-betting revenue numbers lacked the leavening power of the previous month’s lofty accomplishment, both Meadowlands and Resorts Digital together still claimed about 75% of the state’s total sports-betting revenue, massively dwarfing the other companies in the virtual game as well as their bricks-and-mortar brethren.