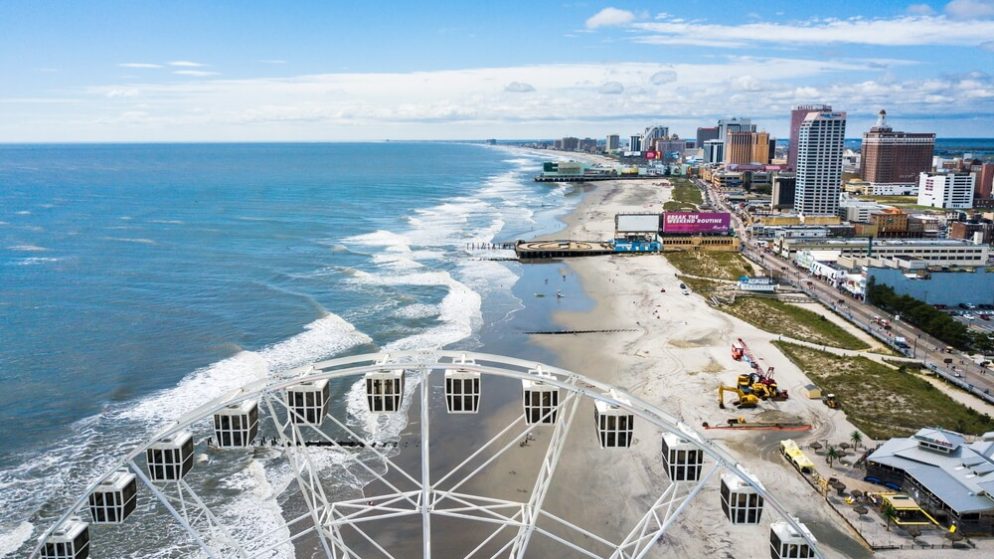 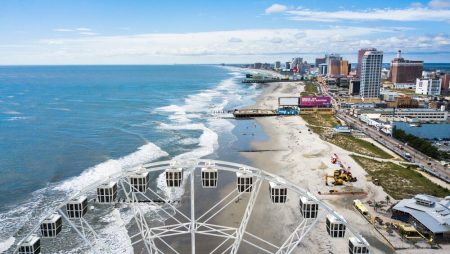 This transport service will cater to as many as 75 US cities. The MGM Direct Service will then transport customers from these various destinations to MGM Resorts properties in New Jersey. This means that punters from various locations will be able to take advantage of the direct service. The service covers punters in the following locations:

The MGM Direct service will make use of Sun Country Airlines to fly uninterrupted into Atlantic City International Airport. The packages have been well priced to accommodate a wide range of travelers with various budgets. Flights on the Sun Country 737-800 aircraft start from as low as $553 for every traveler. The $553 covers at least 3 nights of accommodation, the roundtrip fare as well as connecting transportation between Borgata and the Atlantic City airport.

MGM direct has been operating this charter flight program ever since it was debuted in 2008. When it launched, Borgata was using the program to transport its customers to its Beau Rivage Resort & Casino situated in Mississippi.

According to BetMGM bosses, the charter service will go a long way in helping Atlantic City’s economy to recover and continue growing amid the pandemic. In addition to attracting a whole new set of customers, BetMGM’s transport service will also ensure that local businesses benefit from the influx of arriving tourists and visitors.

The Borgata has been a top choice for travelers for years arriving from all over the country to the East Coast. Borgata is massive, boasting more than 160,000 square feet of gaming space. It also has 2,000 hotel rooms and suites, as well as some of the most sophisticated entertainment and business facilities on the boardwalk.

Last year, Borgata’s parent company invested $210 million that will be used towards updating and renovating the hotel. This year, it has pledged to invest an additional $450 million to ensure that it offers travelers a unique experience, both in terms of gambling and hospitality.

This is not the only transport service in town

Borgata’s Direct service, though quite innovative, is not the only one of its kind in town. The Hard Rock Hotel & Casino Atlantic City has been offering planning a similar charter plane service for customers since July 16th, 2021. The only difference between the 2 kinds of transport services is that Borgata offers a lot more departure cities compared to Hard Rock.

Hard Rock’s Hard Rock Air is a 30 seat VIP air charter service that only caters to high-end customers traveling to the resort from a few markets in the region. Hard Rock’s exclusive service is being operated by Ultimate Jet Charters. It currently offers flights from:

As mentioned earlier, numerous Atlantic City casinos are investing millions into renovations despite a challenging pandemic year. like Borgata, Hard Rock is also reinvesting at least $20 million in capital improvements that include renovations of its suites. Hard Rock also intends to open a new Starbucks within the premises while adding new slot and table games.

There will also be a new dining outlet, as well as updated beachfront facilities, all aimed at improving the company’s guest experiences as well as revitalizing the city. Hard Rock has made such significant investments in the past, having invested $500 million less than 3 years ago. Because of the pandemic, Atlantic City casinos and resorts have been forced to continue finding new ways to evolve and improve their offerings as travel continues to pick up gradually across the world.

Apart from Hard Rock, Ocean Casino Resort is also investing $15 million on renovations on its casino floors, as well as its outdoor facilities such as cabanas and the pool area. Harrah’s is unveiling 3 new restaurants, a spa, as well as a new modern lobby bar.

Atlantic City casinos have proven their resilience during the tough pandemic period. The casinos are already recovering nicely even though the vaccination efforts in the country have only been underway for a few months. The industry is showing some quick signs of recovery unlike some feared when the pandemic broke last year.

Already, retail casinos have already started to rebound, particularly, as more people are more willing to travel thanks to enhanced efficiency now that most casinos are operating at 100%. Although the pandemic has certainly not spared retail casinos, things could have been much worse without Atlantic City’s thriving iGaming market.

The first quarter of this year has provided some considerable improvements for all of the city’s 9 casinos, which is a sign of good things to come. Based on data shared by the state’s Division of Gaming Enforcement, the city’s 9 casinos combined generated a GOP that was more than 3 times better compared to the same period last year.

The state’s Gross Operating Profit for the first quarter of 2021 topped $95 million, with 8 out of 9 casinos experiencing huge gains. The only casino that recorded an operating loss during Q1 2021 was Bally’s. The results generated during Q1 2021 were even better than what was recorded 2 years ago before the pandemic ever existed.

Atlantic City has not fully recovered. However, it is well on its way to recovery thanks to the remarkable Q1 results it has shown. With great programs such as Borgata’s and Hard Rock’s transport services, travel and occupancy should see a rise, which is wonderful news for all the local businesses.