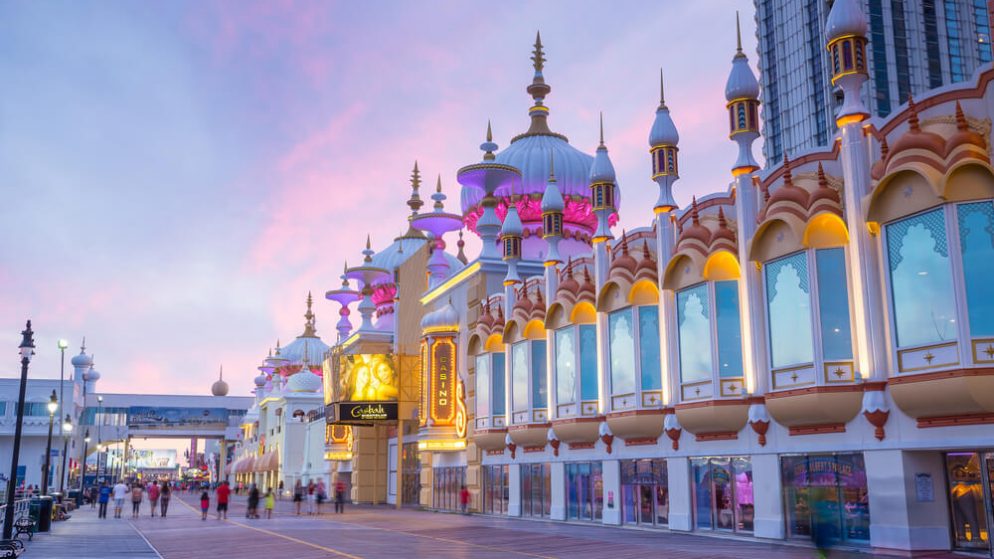 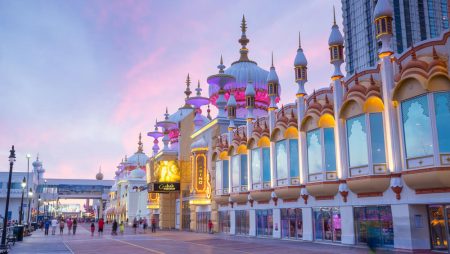 Atlantic City casinos have been thriving in the last couple of months and it is easy to see why. With indoor bar seating and dining back on the table, Atlantic City’s economy is doing better than it has in the last year. The city’s 9 casinos were devastated last year when the governor introduced strict social distancing measures designed to keep residents safe and protected from the pandemic.

Thankfully, after what has been one of the most challenging periods in the city’s history, casinos are finally starting to see a turnaround. More people, especially the older already fully vaccinated crowd, are starting to return to the city. The mature over 50s crowd had been restricted for months due to the delicate nature of the disease and the impact it has on the elderly.

However, now that they are fully vaccinated, the over 50s crowd is more comfortable venturing out into the casino gambling halls that they have been missing out on. And because they have been holed in place for so long, they have more disposable income to spend compared to other travelers and Atlantic City casinos couldn’t be more thrilled to welcome these visitors back into their gambling floors and halls.

It’s not just Atlantic City’s casinos that have a lot to be thankful for. Other businesses that have been deemed non-essential all through the pandemic are now starting to see an uptick in business as well after capacity restrictions relating to their businesses were considerably reduced by the Governor’s office. AC’s restaurants, churches, and places of worship, theaters are now allowed to operate at 100% as long as a 6-foot social distance is maintained and masks are worn.

Gyms, amusement facilities, and outdoor & indoor pools have also been operating at 100% since May 19th, 2021. Thanks to these capacity changes, casinos and restaurants have no limits on table seating or outdoor gatherings. Catered events, funerals, performances, political events, as well as commercial gatherings in the city, are limited to 250 individuals.

Indoor venues are required to maintain 30% capacity for fixed seat venues that have more than 1,000 seats or more. This 30% capacity rule will apply to indoor events such as concerts, as well as sporting events such as school tournaments. Distance bar seating has also resumed; people are allowed to sit down in bars and restaurants as long as the 6 feet social distance is maintained.

Buffets, which have been banned throughout the pandemic year for obvious reasons, have also been allowed to resume normally. Expanding indoor capacity and opening up seating in restaurants and bars will help to significantly draw more visitors into the city as summer travelers arrive in full swing.

The second summer since the pandemic struck is shaping up to be a busy one; and no one’s happier than the thousands of small businesses that have been craving a return to normalcy. The lifting of restrictions and capacity limits has paved the way for large-scale events and travel to resume. Summer rentals all over the city have seen a strong rise in bookings owing to the return of traffic tourists, beach lovers, and gamblers from all over the country.

Atlantic city casinos are finally on the mend.

For the first time in over a year, Atlantic City casinos, at least the majority of them, are finally starting to churn profits. The city’s 8 of 9 casinos saw a boost in their gross operating profits, managing to generate three times more money than they did in the first quarter of last year when the pandemic was at its height.

The 8 casinos generated more than $95 million, three times the amount they generated in the first months of 2020. Based on figures shared by the New Jersey Division of Gaming Enforcement, all Atlantic City casinos expect Bally’s saw increases in their operating profit, which is the cash that’s left after taxes, interest, and all other expenses have been tallied.

Compared to 2019, when casinos were operating fully without any social distancing guidelines and restrictions, the city’s casinos were higher by 11%. In this year’s Q1, Borgata emerged as market leader posing an operating profit that exceeded $29 million, a boost of more than 28% compared to the same period in 2020. Tropicana, on the other hand, managed to generate $16.2 million; a boost of 128% from Q1 2020.

Harrah’s saw an increase of 224% thanks to the $9.5 million they generated while Hard Rock earned $8.5 million. Last year during the first quarter, Hard Rock recorded operating losses of $4.2 million. During this year’s Q1, Caesars generated almost $8.2 million, an improvement from last year’s Q1 loss of $593,000.

Golden Nugget also performed well during this year’s Q1, managing to earn $4.7 million. As the top iGaming operator in the country, Golden Nugget Online Gaming generated an impressive $7.9 million, a boost of almost 24%. Other online casinos including Caesars Interactive Entertainment earned $4.5 million while Resorts Digital grossed approximately $4.3 million, an improvement of over 59%.

Atlantic City’s casino hotel rooms are also being occupied at full capacity for the first time in a long time. This has certainly helped to boost these impressive revenues that have been recorded in the first few months of 2021. As the guidelines continue to be eased through the rest of the year, the results will be even better than what has been recorded in Q1.

Atlantic City is a beachfront gaming mecca of the east. As such, the summer months are some of the busiest for the city and it is already looking like 2021 is going to be a much better year. Capacity and travel restrictions have all been lifted in most parts of the country, which has instilled confidence in people that have been yearning for local travel.

Now that the hospitality, gaming, and tourism industry in Atlantic City is starting to return to normal, the city’s casinos and resorts can now start marketing to crowds and masses. And before very long, Atlantic City will be back to its old self in no time at all.