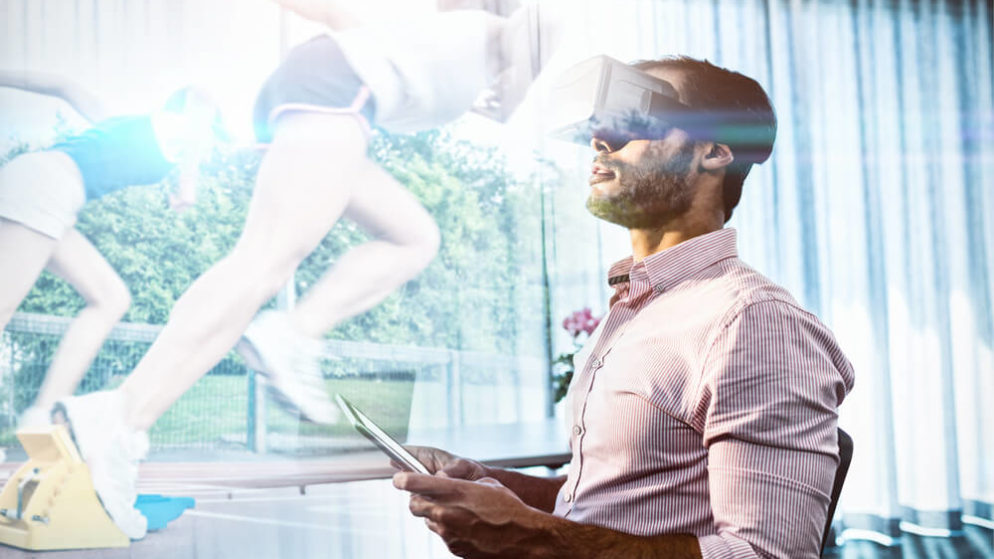 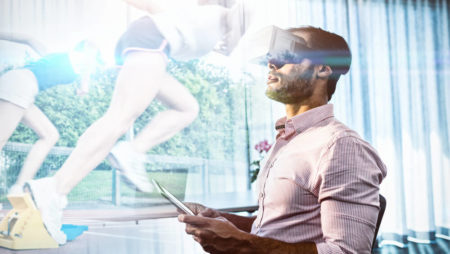 Verizon Media has initiated a tech partnership with gambling operator Entain, formerly known as GVC Holdings. The goal of the partnership is to develop the next generation of sport betting products, such as combining virtual reality with the sports gambling experience.

Both companies will work together to build a Virtual Reality platform, integrating live sporting events with betting data and gambling. The immersive experience will combine watching the game, with stats, socializing, and placing bets, all on the same platform. Entain’s brands, which include Coral, bwin, Ladbrokes, BetMGM, and PartyPoker, will provide the gambling platform.

Winning the Future Through Virtual Reality

“To win in the future we must understand where consumers will be in five or ten years’ time, and work with other global businesses also invested in that,” Entain CEO Shay Segev said. “We see people meeting at a game with friends, who could be in another city, using virtual reality headsets to watch and share the experience together. Potentially, they could even bet between themselves at halftime or even feel like they’re on the field with the players.”

The new agreement builds on a pre-existing relationship between Verizon and Entain. Entain’s U.S. sports betting operation, BetMGM, is currently integrated across Yahoo Sports, which Verizon owns. In some states, sports fans can even place bets through BetMGM while on the Yahoo Sports app.

Both virtual reality and augmented reality have been widely considered to be the next wave of media for quite some time. However, there’s yet to be a real breakthrough when it comes to sports. Back in 2015, the NBA broadcast its first game in virtual reality. While sports teams have openly talked of a future in which they could sell a limitless number of courtside seats through virtual reality, that future is yet to materialize.

But, there’s optimism that VR sports will become a reality, supported by the installation of widespread 5G, something that could make streaming virtual reality games more feasible through tablets and phones. As one of the country’s largest cell carriers, Verizon has a stake in future applications for its 5G network. Verizon uses its media division, which includes Yahoo, TechCrunch, and AOL, to predict what types of 5G content consumers will like.

The partnership with Entain is not the only sports partnership for Verizon; in September, Verizon Media partnered with the NFL to create the “Watch Together” co-viewing experience. “Watch Together” allows NFL fans to video chat with friends on their phones for free while watching live NFL games on the Yahoo Sports App.

Verizon has also teamed up with Simon Fuller, founder of XIX Entertainment and the creator of the American Idol franchise. The goal of the partnership is to translate the art of storytelling and entertainment using virtual reality and Verizon’s 5G network.

“By leveraging Verizon’s 5G Ultra Wideband capabilities, we’re able to create immersive stories that relay emotional depth, bringing the possibility of what 5G means for entertainment into view,” said Verizon’s Head of Consumer Content and Programming, Erin McPherson. “Simon Fuller’s track record in creating game-changing moments in popular culture speaks for itself. Our first project is just the tip of the iceberg. We can’t wait to show how the super-fast speeds, massive bandwidth, and ultra-low latency of Verizon 5G can forever change a new generation of entertainment.”

Recently, Entain revealed its strategy to significantly grow its market, driven mainly by US expansion. The company plans to further develop technology across its core business, as well as gaining entry into new markets.

As part of its growth plans, Entain affirms robust US momentum with BetMGM, its joint venture with MGM Resorts.

In the last three months of 2020, BetMGM added five new states, doubling its reach in the country to 75 million people across 12 states.

In fact, BetMGM’s most recent state, Tennessee, has been its most successful yet. Powered by the Entain technology platform, by the end of 2021, BetMGM expects to be in 20 states.