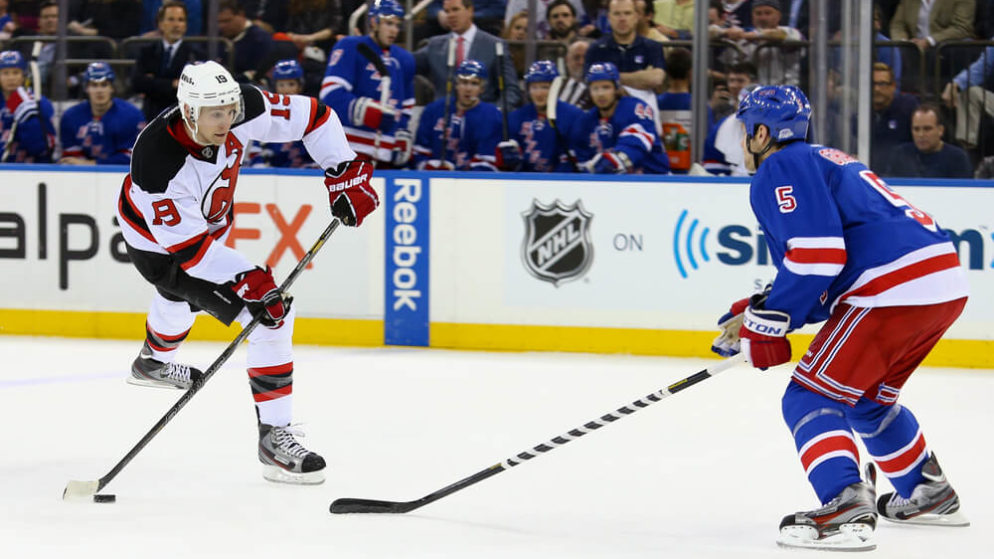 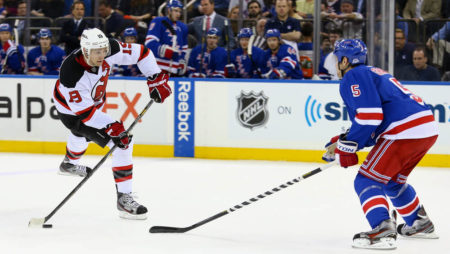 Chalkline operates in the betting market as a real-money firm that is free-to-play. They are now in a joint effort with technology and betting entertainment services provider, PlayUp USA. The purpose of the collaboration is to offer betting in sports within the free-to-play category.

This will in turn give way to the first ever PlayUp’s United States sponsorship with the New Jersey Devils of the NHL. There are already plans to roll out a sportsbook and app where players can bet real money.

This partnership will engage the fans of the New Jersey Devils with games before the actual betting platform for making real money is made available. For every game that the Devils are scheduled to play, fans will have an opportunity to experience real money betting just as they would on the new sportsbook.

PlayUp US which has its operating base in Las Vegas is the media presenting partner of the New Jersey Devils studio and will host the games pre-live shows. This is a huge deal for PlayUp because it means hosting the Devils in their studios for all its games.

Fans from all over the world will be able to catch the team’s action because of YouTube and Facebook livestream. The free play mode which is accessible from www.playupusa.com will only be available for fans in the US.

As the live broadcasts are going on, the fans of the game situated in different parts of the United States will be witnessing the signage of PlayUp going up all round the prudential arena. For the company, one of its main goals is to build and grow a database that has a nationwide presence.

According to PlayUp USA CEO, Dr. Laila Mintas, the management of the company finds it extremely crucial to be aligned with leading partners and teams in the sports betting industry to be able to realize a fast rise. They are in partnership with New Jersey Devils because the team is an example of the kind of partnership they are looking for. The fact that they are working with an established partner in free play like Chalkline is a boost in the long term effects that they are anticipating in the New Jersey market.

Mintas mentioned that getting into partnership with Chalkline has enabled PlayUp to launch their free-to-play site quite fast and this has been instrumental in making the most out of the deal with Devils team.

It is through the efforts of the Chalkline team that the impact of the soon to launch app and sportsbook have already been felt. One of the key aspects that stand out with the team at Chalkline is knowledge and exposure of the team members. This is in addition to their games platform that even provides reporting and analytics services.

Commenting on the newly formed alliance, Chalkline CEO, Dan Kustelski said that PlayUp USA has been having plans of entering the New Jersey market with a bang. By partnering with one of the industry’s largest fan-based sports, they had definitely struck the right chord. Chalkline has since the alliance been eager to deliver free-to-play game props each time the Devils step on the ice in 2021.

The rebranding of Chalkline

From 2016, Chalkline has been in the process of creating real money sports and free play platforms for various betting services providers across the United States. Media companies too which use sports broadcasts to generate revenue have also had demand for the products of Chalkline.

At the start of 2021, the company announced its introduction of offerings in the casino games and lottery games category. Players across the United States would benefit from jackpots in games where real money is won as well as lottery games with fixed odds. It is as part of the rebranding efforts that Chalkline acquired its current name.

Growing the US gaming industry through sports betting

Players who know Chalkline are familiar with its unfailing record of offering real money and free to play games for some of the industry’s established names like NESN and Barstool Sports. With a presence already carved out among the industry’s top players, the Nashville based company has a great opportunity of expanding its operations.

Kustelski described the games that Chalkline provides as not only localized but also personalized. According to this company CEO, the recent rebranding was necessary as the company aims at growing its focus on B2B in the country.

In line with the rebranding, everything about the company, save for its management acquired a new face. The new name was unveiled alongside a new website and logo. Kustelski assured partners of Chalkline that their record that goes back to the last 5 years is not about to change – the global team is still as committed and experienced as it has been all through.

The current changes at Chalkline are however not new in the gaming industry. The shift is being witnessed and experienced by other operators who are looking to offer sports betting in New Jersey to complement their larger product offerings.

The partnership between Chalkline and PlayUp is just one among the many that are taking place now in the casino gaming sector. In the year that has just begun, the industry is likely to see more partnerships as businesses find innovative ways to recover from the effects of Covid-19. It is no secret that the corona pandemic opened up the gambling space to new revenue streams that had been underutilized in the past.

2020 was definitely a bad year for live sports as many events were cancelled and those that were allowed to run happened without fans. It is with great enthusiasm that the market is now opening up to sports simulations as fans around the world look for innovative ways to spend time indoors.

In addition to the shift in the traditional gambling audience, esports betting is gaining up in the industry as more and more companies sponsor teams and tournaments. Big players like Betway have signed deals with organizers of major sporting leagues and media broadcasters to promote responsible gambling among fans.