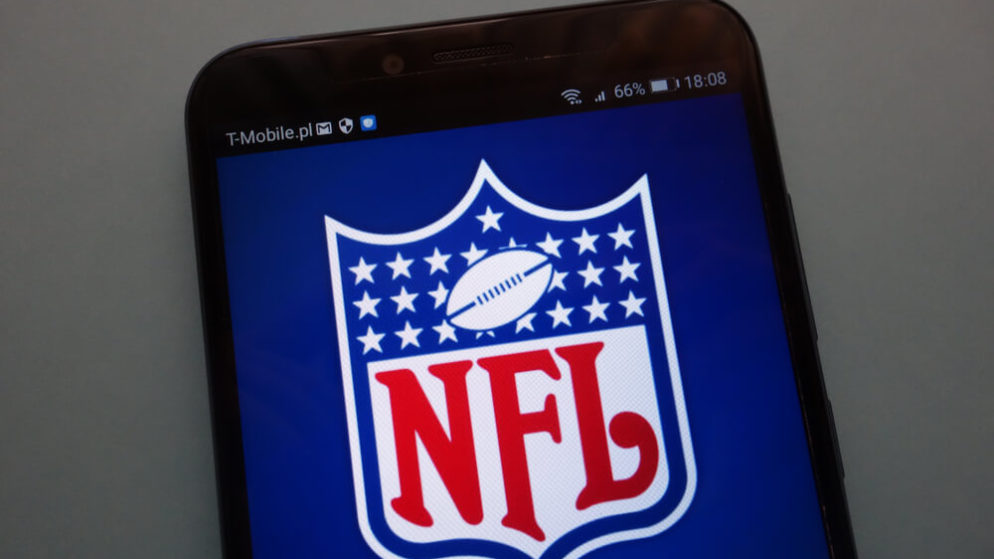 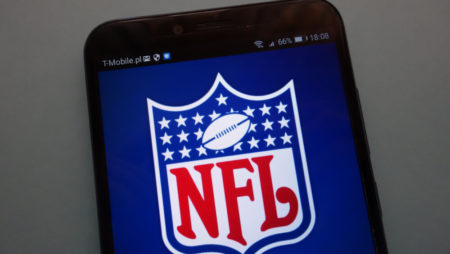 Next Thursday, NFL general managers, along with their staff, will practice “social distancing” while selecting their players in the 2020 NFL Draft, at home on their computers and phones. And for the past few weeks, sports bettors in the Garden State have been doing the same thing; sitting at home during the COVID-19 shutdown, selecting their picks on their smartphones and computers.

During the era of the lockdown, the NFL draft is about the only thing American sports gamblers can bet on. While table tennis, darts, Belarus Premier League soccer and Chinese Taipei baseball have a certain degree of appeal, the NFL draft is the only thing for gamblers to bet on involving teams and players they’re familiar with. And fortunately for the New Jersey online and mobile sportsbooks, those bettors are extremely active, crushing the NFL draft betting action usual under “normal” circumstances.

As of mid-April, more than a week before the draft, handle and bet count at FanDuel Sportsbook totaled more than three times the volume seen in New Jersey during the same period in 2019.

At PointsBet, the 2020 draft wagers have nearly equaled the total for 2019 with nine days left to go. Furthermore, PointsBet projects its final betting numbers to be 2.5 times larger than the previous year.

DraftKings Sportsbook, the handle has already exceeded what the entire 2019 NFL draft raked in. That’s huge when you consider that more than 90% of the 2019 NFL draft betting happened during the last 10 days before the event.

DraftKings Director of Sportsbook Operations, Johnny Avello, says some of this increase is due to the expansion in draft betting markets, up last year from 46 to 130 this year.

“When you have three times the markets you had in the past, certainly by expanding the options, you expand the volume,” Avello said. “That’s a big reason betting on the NFL draft is up. The other reason is, if you consider the other sports we’ve offered recently, while ping-pong is great, the core sports are just not around. With the draft being the first really big sports event since the virus, I’m not surprised that gamblers are chomping at the bit to bet on something that they’re familiar with.”

The number of sports betting markets for the NFL draft has increased for every sportsbook. PointsBet is leading the pack, which has around 175 markets all across the country, with the most available markets in New Jersey and Indiana.

“The handle,” PointsBet Director of Communications Patrick Eichner said, “will ultimately fall in line with a marquee, standalone NFL events, such as Monday Night Football or Thursday Night Football.”

The biggest draft markets at FanDuel

What are the most popular draft wagers? At FanDuel in New Jersey, these are the top five by bet count:

However, if you look at the handle, the rankings change, as gamblers put down huge bets on -7000 favorite Joe Burrow to go first. That is likely changing the rankings:

FanDuel has also posted the share of creative markets, and one that’s very interesting to look at is the number of quarterbacks selected in the first round, with an over/under of 4.5. If you look at bet count, 62% of the wagers in New Jersey are on the over, but in terms of handle, 85% is on the under. This seems to show that the “sharps” do not anticipate that a fifth signal-caller will come off the board in the first round.

Whether sports bettors want to lay down serious money or just want to dabble during a few rare evenings of live sports programming, FanDuel is going above and beyond to provide gamblers with lots of options.

“The NFL draft is one of FanDuel’s most popular markets,” declared FanDuel’s Director of Publicity Kevin Hennessy, “and we have an unbelievable diversity of offerings available for our customers to choose from during what looks like a big night of TV celebrating the NFL.”

Quite a few sportsbooks are offering their customers’ trifecta bets on the exact order of the first three NFL picks. Bettors on both DraftKings and FanDuel are choosing Joe Burrow-Chase Young-Jeffrey Okudah as the most popular Trifecta bet. Likewise, that top-three-in-order wager is also DraftKings’s most popular this year. Interest in the fourth pick is also quite high, and one local New Jersey team, the New York Giants, selecting in that spot, excluding a trade up or down.

A lot of mock drafts have the Giants picking Clemson linebacker Isaiah Simmons, and DraftKings has draft specials on both the Jets and the Giants, with Simmons as the favorite for the Giants’ first pick at +130. The Jets, select 11th, and Alabama receiver Jerry Jeudy are their favorite. However, with quite a bit of uncertainty the deeper into the draft we get, Jeudy pays out at 4/1.

DraftKings expects to offer larger odds boosts as the draft gets closer, however, for now, DraftKings has a special promotion allowing its customers to benefit from two 20% “profit boosts” on any draft market they choose. By and large, DraftKings is thinking outside the box when it comes to markets and promos, and it’s no secret why.

“When people have a lot of time on their hands,” Avello observed, “they can go a little bit deeper than they normally would. If it weren’t for coronavirus, we would’ve been betting on the NCAA basketball tournament, the Masters, we would’ve had baseball, and the NHL and NBA playoffs. Unfortunately, we don’t have any of that this year. So it gives our team time to explore new options.”

DraftKings isn’t expected to explore live wagering, at least not right now. Unless things change, the current plan is to close betting at the start of the draft every day, and then post new odds going into the second and third days of the draft.

“We did discuss doing it live, but we thought it’s a little too complicated,” Avello said. “We’re probably only going to do it the traditional way.”

One market that has generated a lot of interest at every sportsbook, and is sure to close after the first day of the draft, is Tua Tagovailoa’s landing spot. The quarterback, who dislocated his hip in November during a game, has wide-ranging outcomes.

At PointsBet, the Miami Dolphins (+110) and Los Angeles Chargers (+115) are the favorites to draft Tua, and they’re fifth and sixth in the draft lineup. However, there has also been a decent amount of action on the Jacksonville Jaguars (+600), Washington Redskins (+1300), and Las Vegas Raiders (+1500) when it comes to taking Tua.

There is also one big wild card.

“We recently took a little sharp money on Tua to the Buccaneers at +8000,” Eichner said, pointing out that Tampa, which maintains the 14th pick but might trade up, has since dropped to +2500. “I guess a few sharps like the idea that Tua could potentially be drafted to sit at the feet of Tom Brady for a year or two.”