How the NFL Did a 360 on the Gambling Industry 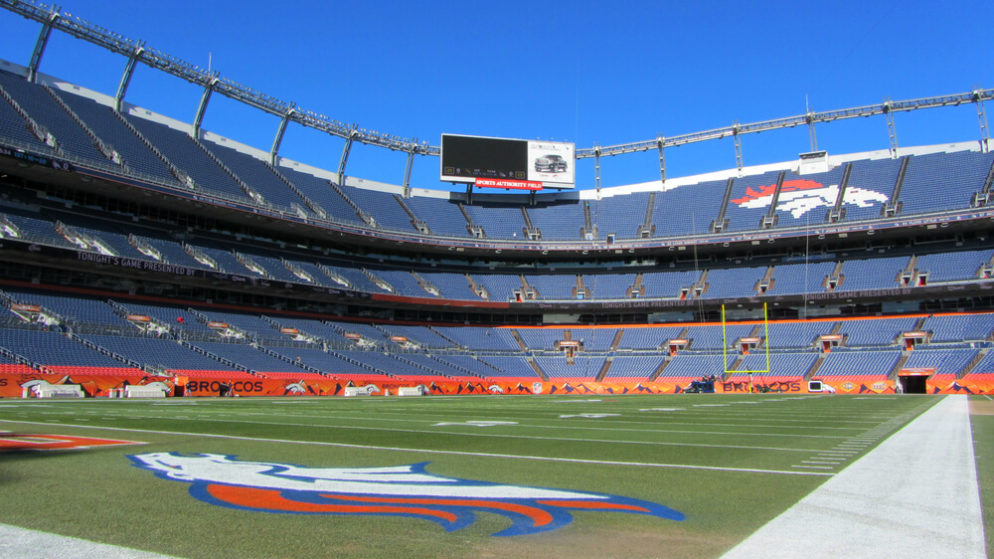 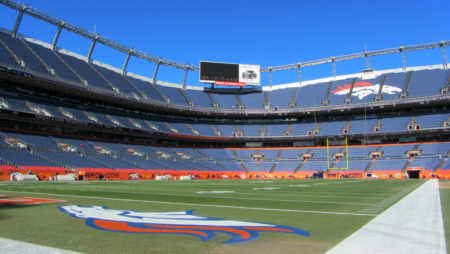 Just five years ago, the NFL canceled the National Fantasy Football Convention, hosted by Dallas Cowboys quarterback Tony Romo. More than 100 NFL stars were scheduled for that event. So what was the problem? The event was scheduled to take place at the Sands Casino Expo Center, and it was deemed to go against the league’s strict policy against sports betting.

Five years later, the league is betting heavily on the once-banned practice, relaxing its once strict gambling policies. The move comes just in time for the opening of Allegiant Stadium, the Las Vegas Raiders’ new home next to the Strip.

Following the NFL’s vote, this spring allowing teams to sign sponsorship agreements with casinos and sportsbooks, the first team to sign a deal was the Denver Broncos. Colorado’s newly passed sports betting legislation allowed the team to capitalize financially.

However, according to the deals, Bronco fans won’t be able to place bets at the stadium betting lounges, but will have to place their wagers through an app. Also, the stadium signage advertising FanDuel won’t be visible on broadcasts.

“There’s not only sports betting, but there’s also daily fantasy and casinos. So there are many different aspects to these gambling businesses,” observed Mac Freeman, the Broncos’ chief commercial officer. “I think you’ll find with the Bronco’s forging the path, is that other teams will follow pretty quickly as more states legalize sports gambling.”

Freeman noted that the three very different deals are a result of the team “bringing order to what was once a chaotic environment.”

Freeman went on to say, “Because just taking any deal you can get creates clutter, and no one gets any actual value out of it. So, I think we got a very good response from all of our partners. They were thrilled that we limited these deals, and then worked to craft space for all of them. That way, we could deliver real value.”

However, the new NFL gaming partnerships won’t make up for lost revenue during the lingering coronavirus shutdown.

Another issue is the Broncos will not directly benefit from any bets made by their fans.

“We’re not able to participate in the actual betting volumes or revenue generated,” Freeman said. “This is simply a classic sponsorship, where they pay a fee for assets that we’ll use to promote their brands. We have no share of the actual betting coming back to the team.”

Sports Analysts Give Their Perspective on the NFL and Sports Betting

Just five years after the cancellation of the Las Vegas fantasy football convention, Romo, now a CBS Sports analyst, notes that the NFL is all in on sports betting.

NFL spokesman Brian McCarthy said, “The league’s approach to licensed sports betting has evolved as both the league and teams consider new fan engagement opportunities through our commercial partnerships.”

McCarthy went on to say, “However, what hasn’t changed, is the NFL’s unrelenting protection of game integrity. These new partnerships do not impact the play on the field. We continue to study the fast-changing landscape and feel comfortable with the teams entering partnerships such as these.”

Even with integrity measures in place, the NFL and gambling companies are now firmly associated in the public mind.

“We’re all on a path to where, we don’t exactly know, but I’m very curious,” said longtime NBC play-by-play analyst Al Michaels. “I don’t know what the end game is, I don’t think that anyone does. But I do think that it’s fascinating that DraftKings announced that Michael Jordan will be part of their operation and on the board of directors. After that, DraftKings stock went up 10%.”

Michaels went on to say, “It’s an interesting dynamic that’s developing right now. I wish I could predict what’s going to happen, but it’s clear that everyone wants a piece of the action, of the gambling action. Fans are interested in putting down a few bucks during the game or even during the game, and not just on the end result or how many points will be scored. But it’s a mystery. Right now, it’s a mystery. I don’t know where it will go. I do know the teams are excited to be a part of what could be a huge industry.”

Cris Collinsworth, Michaels’ broadcast partner, is the majority owner of Pro Football Focus, a subscription-based analytics service. Pro Football Focus was founded in 2007, in the United Kingdom. It analyzes and rates every player on every play in every game.

“It’s very interesting. With Pro Football Focus, I have a lot of people from Europe that work here. They laugh at us with all of the drama over sports betting, since it’s been a part of their culture for so long. In Europe, you could bet on anything,” Collinsworth said. “And when they see the drama and everything that we’re going through during this time, they find it very, very entertaining. And for the rest of the world, I think sports betting is just a status quo, but it is very different for us.”