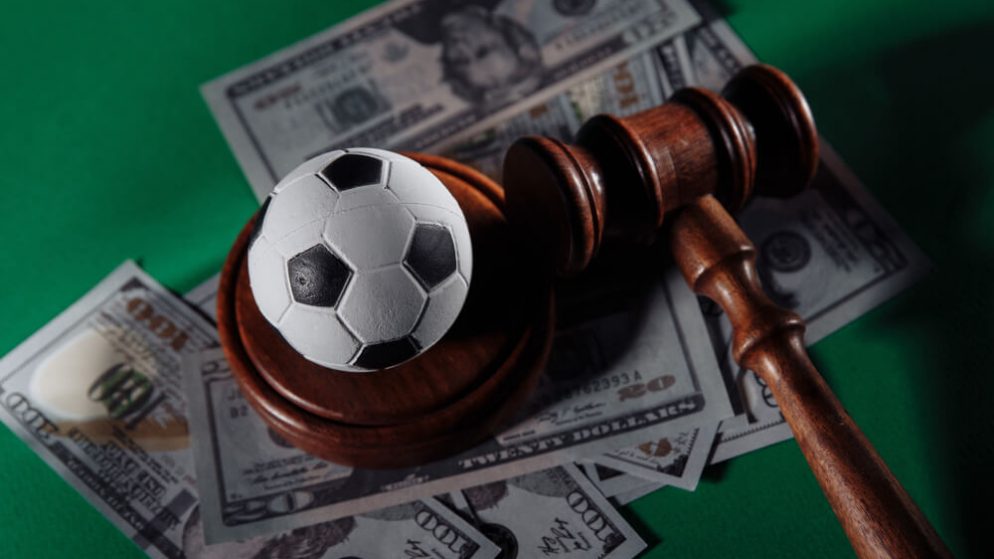 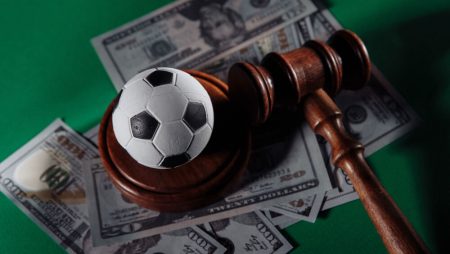 Manganaro would end up losing $200 when he wagered on the LA Rams to cover at -4.5. However, luck was not on his side as the Rams only won by 3. Seeing that he was down on his luck, Manganaro opted to withdraw the remaining $300 that he had deposited to avoid any more losses.

According to the punter though, when he tried to make his withdrawal, the FanDuel app would not allow it. Based on the lawsuit he filed, the popular sports betting app would only allow him to cash out once he had wagered the cash. That’s because the FanDuel app had placed a play-through requirement on his deposit.

The FanDuel app contains a clause in its FAQ that lets customers know that withdrawals are only allowed and processed for winnings. Although many sports bettors may consider FanDuel’s terms unfair, there is a good reason for the strict rules. FanDuel has this requirement in place to prevent instances of money laundering, which have become rampant in the betting world over the last few years.

To put it plainly, the regulation prevents criminals from easily washing their cash on sports betting apps like FanDuel. If a customer was allowed to haphazardly change their mind regarding a deposit, this would make it far too easy for money launderers to succeed. All they would have to do in such an instance is make a deposit, bet a little here and there for cover, and then cash out once sufficient money has been cleaned.

However, Manganaro, is not going down without a fight. The FanDuel customer claims that the sports betting app violated the state’s Consumer Fraud Act by forcing him to bet his own cash before being allowed to cash out. According to Manganaro, the app guaranteed that customers could easily make deposits and withdrawals of their unused funds.

Manganaro claims that this was a big part of why he settled on FanDuel over all its competitors. The FanDuel customer is also accusing FanDuel of civil conspiracy, as well as fraud. Manganaro is demanding that his funds are returned and that he is paid treble damages.

What are play-through requirements?

All punters love the idea of being rewarded with a huge bonus at their favorite online casinos. In fact, the promise of free cash is a major incentive for many first-time punters. The thought of converting those funds to earn some real cash to use is truly exciting.

However, as you’ve probably heard before, nothing is free. While online casino websites make it look like they are offering you money without restrictions, the truth is that some rules and regulations come attached to such offers. Before a punter can cash out their winnings or cashable bonuses, certain rules must be followed.

The most common of these rules is the play-through requirement. On other platforms, this is also sometimes referred to as the wagering requirement. Most experienced players are familiar with these requirements. However, a new player may not have the experience to understand the specific details and provisions.

The typical poker bonus these days is usually linked to a deposit, even though there are some no deposit bonuses that are still available on certain sites. Because of this law, a punter can deposit their cash and the online site they are using will give them a bonus of some percentage. Here is an example; an online poker room might promise to offer a new user a 100% deposit of up to $1000.

This means that if a customer should sign up and deposit $200 in their newly registered account, the online site will give them $200 as a bonus. So where does the play-through requirement come in? Once they deposit their funds, customers are not awarded their bonuses right away.

Instead, the online site they are dealing with typically releases it in increments when a customer wagers a certain amount. In most online poker sites, this typically implies earning a specified amount of loyalty points before the bonus is released. For example, the online poker site may require a customer to earn X number of points before the bonus amount is released.

The wagering requirement is an important rule for online casinos because this law makes sure that the apps are not just handing out money- at a loss. Because the requirement forces punters to put the cash they have in play rather than just getting their bonus and cashing out; never to return. As mentioned in earlier paragraphs, this requirement also prevents instances of money laundering.

This is not FanDuel’s first lawsuit

In March last year, a disgruntled punter filed a class-action lawsuit against the app in the District Court of the Northern District in Illinois. The punter accused FanDuel of engaging in prejudicial and illusory trade practices. The plaintiff was accusing FanDuel of delaying the live data feed in order to force customers to place the wagers they had.

The customer was upset because FanDuel has always purposed to offer its customer base real-time, live data for different games, which was compromised. The discontented customer was condemning FanDuel for understating the time left in live sporting tournaments to encourage their customers to place bets they are likely to lose.

Based on accounts from the plaintiff, Andrew B. Melnick from Deerfield, FanDuel’s error contributed to his losses of more than $50. To reverse the damage, Melnick was asking FanDuel for a refund, not just for him, but for all other customers in other states. At present, FanDuel is available to punters in more than 10 states.

Last year in October, William Hill was also accused of intentionally delaying their live wager acceptance similarly. When it was accused, William Hell stepped up and vehemently denied the accusations.