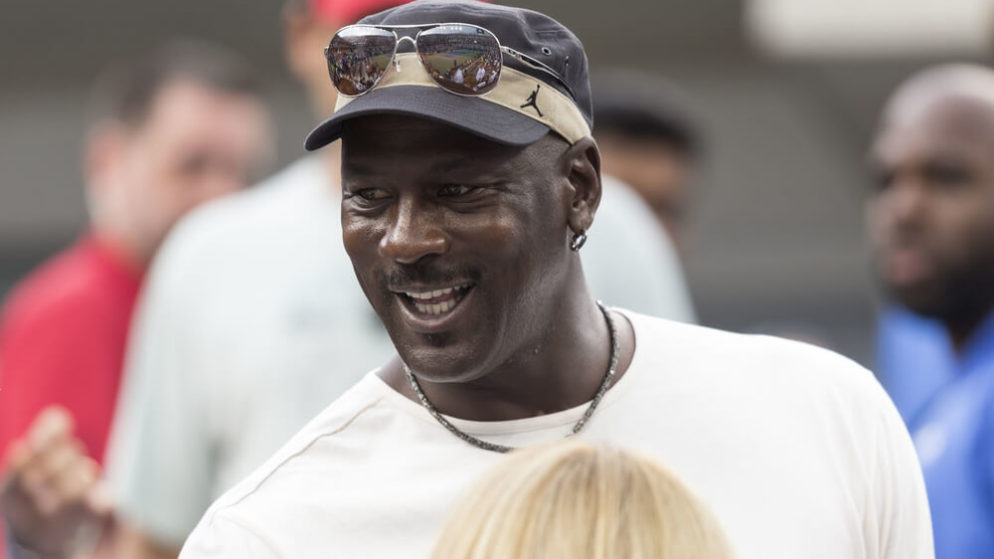 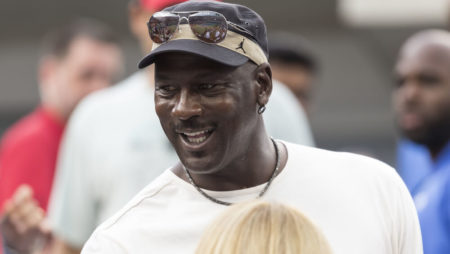 Michael Jordan is world-famous for his basketball career, commanding the NBA during the eighties and nineties. Jordan led the Chicago Bulls to six NBA championships during his stellar career, receiving the Most Valuable Player in the NBA Award five times.

Jordan retired from professional sports in 2003, and since that time, has pursued several new endeavors, including acting and business ventures, including as the owner of the Charlotte Hornets NBA team.

Along with his many professional ventures, Michael Jordan has also been an enthusiastic gambler, with a passion for making bets since his college days.

Michael Jordan’s lifelong passion for gambling was recently included in a 10-part ESPN series which documented the legendary 1997-1998 Chicago Bulls team. While the series focused on the team’s success on the court, it also highlighted some of the happenings off the court, including footage of Jordan making bets with teammates. That was included in the sixth episode, which highlighted how the competitiveness that naturally comes with professional sports also manifests off the court.

Over the years, there have been allegations that Michael Jordan has a gambling addiction, but the ex-NBA superstar denies this. Jordan has been careful to state that he doesn’t gamble beyond his means and knows when to cash in his chips.

Jordan also likes to gamble on cards, especially blackjack. His gambling on blackjack ranges from friendly $1 bets with his teammates, to playing three hands at once in Vegas, with $15,000 in bets on each hand. The ESPN special did touch on Jordan’s love of blackjack and the rumors of a gambling addiction. But Jordan insists that his passion for gambling is nothing to worry about.

Once Again, Jordan Makes a Hobby into a Business

Michael Jordan recently turned his passion for gambling into a new business opportunity. In early September, Jordan announced that he would act as an adviser to the board of DraftKings, as well as investing in the company with an equity stake.

The level of Jordan’s financial investment remains undisclosed. However, as a special adviser to the DraftKings board of directors, he’ll be working on several initiatives, including product development, marketing, and strategy.

Jordan’s investment in DraftKings and his advisory position comes just in time for the boom in sports betting across the United States. Currently, 18 states have legalized sports betting, with eleven more states considering or in the process of legalizing betting on sports. Sports betting has been key to the increase in gaming revenue across the US in the first half of 2020; despite revenue declines due to COVID-19 lockdowns and cancellation of sporting events, sports betting continued to grow.

In fact, DraftKings went public in April 2020, despite the coronavirus shutdowns that disrupted the sports world, with games across the globe canceled due to lockdowns. Investor confidence appears to be high on DraftKings since Jordan’s announcement. Following the announcement, shares in DraftKings increased by 8%.

A spokesperson for DraftKings says that as one of the most famous sports figures of all time, Michael Jordan’s inside knowledge will provide invaluable advice.

It wasn’t long ago that sports stars like Michael Jordan becoming closely involved with a sports betting company like DraftKings or Fanduel would have been unthinkable. But in the last few years, the NBA as well as other professional sports leagues in the US have embraced relationships with sports gambling companies.

Just five years ago, Michael Jordan, along with fellow NBA owners Mark Cuban and Ted Leonsis invested in Sportradar. Sportradar is a company that provides up to the minute data and stats for a number of sports betting companies, including DraftKings. At that time, the commissioner of the NBA stated that fantasy sports and gambling could help to increase engagement with the fans.

Michael Jordan may be the best-known gambler in professional sports, but he is certainly not the only sports super-star to jump on the sports betting bandwagon. The competitive drive of professional sports stars naturally leads to gambling. For example, Boxer Floyd Mayweather often tweets pictures of his sports betting slips, which often are many thousands of dollars. Pro-golfer John Daly is another sports personality turned professional gambler, although not a very good one. Daly admits to losing between $50 million and $60 million in casinos during his life.

NBA legend Charles Barkley has also publicly spoken about his gambling issues, which he says he has no intention of giving up as long as he can afford it.

While NBA super-stars can afford to place millions of dollars in wagers, ordinary sports bettors need to be much more responsible with their gambling. Michael Jordan may very well provide valuable advice to DraftKings responsible gaming commitment.