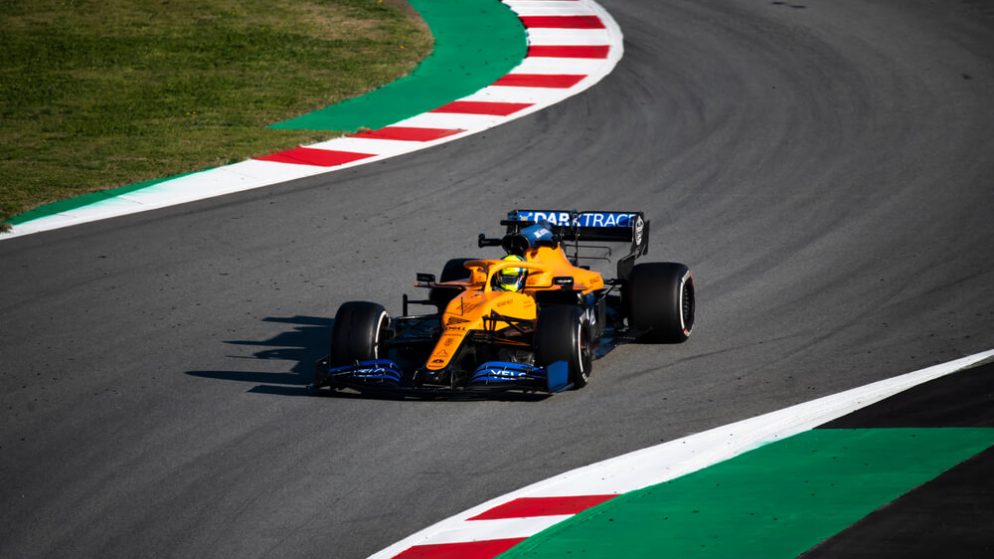 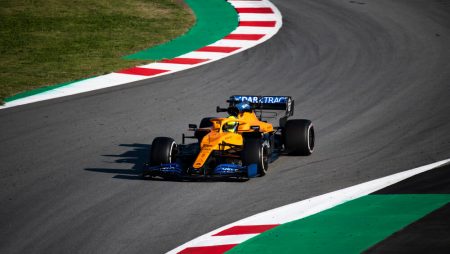 The latest promotion deal in the gambling industry has happened between Entain Plc, a gambling services provider and McLaren Racing, a motor sport organizer. In the multiyear arrangement that is aimed at increasing the brand presence for PartyPoker and PartyCasino, the two betting providers will have their brands printed on the Formula 1 McLaren racing cars.

Race cars are popular events and while they might not happen all the time, they create a buzz around the time when they have been planned to take place. These tournaments draw contestants and fans from around the world and it makes sense that a casino brand would want to be associated with them. Actually, everyone who attends a formula 1 race event hopes for some particular vehicle and driver to win; they are more than ready to bet on their favorite.

With the partnership expected to kick off before the end of the second quarter of 2021, race cars enthusiasts are soon going to be seeing betting brands logos on F1 cars. Specifically, the two MCL35M McLaren cars will have the casino logos and so will the helmet of Daniel Ricciardo who is the lead driver. The venue for the launch has already been picked out; the Monaco Grand Prix which poses as the perfect event for the unveiling of this new deal.

PartyPoker is known to offer its users comprehensive information and guidance on how to play poker. Their passion for player empowerment has led them to post articles on their blog that offers readers an insight into what to expect from this partnership. In view of the current deal, readers will be served with McLaren-themed goodness which they are supposed to gain from this collaboration.

Some of the notable rewards that players can look forward to include:

For the CEO of Entain, Jette Nygaard-Andersen, the betting group appreciates the fact that PartyCasino and Partypoker brands have now become one with the team at Formula 1. The fact that the McLaren Racing team has for a long time been offering world class entertainment to its fans is enough consolation to the fact that this partnership is going to bear fruit.

If the thrill that Entain casinos offer to their players is anything to go by, then the decision to get into partnership with McLaren brings together separate entities that share the desire to offer quality to their target market. Entain manages this by keeping its digital platforms up to date so as to satisfy a market that is constantly evolving.

Nygaard-Andersen is excited for the customers who have a lot of opportunities to uncover courtesy of the alliance at hand. This is the same level of excitement that McLaren Racing CEO, Zak Brown, expresses when he justifies why they chose to work together. According to him, the ability of his team to entertain fans as per their expectations is one of the core principles that continue to put its performance at the top.

Entain casino brands have for a long time been known to deliver excitement to its customers while still promoting responsibility and safety. The Entain team is driven by a commitment to offer world class entertainment to those who sign up on their gaming platforms. It is this shared vision that makes McLaren Racing the best choice for a partner to work with Entain.

Nygaard-Andersen is looking at the future with hope now that this partnership has taken place. The kickoff for the collaboration is the launch at Monaco Grand Prix and after that starts the long journey of serving customers as a team. There are already planned activities aimed at fulfilling these goals but the bottom-line is that customers and fans will appreciate the excitement.

A bounty of rewards for new players

New players of PartyPoker have something to look forward to when registering on the gaming site. The management of the site has chosen to reward its customers with incentives that will not only attract them but also retain them. Since the site is known to promote online poker in New Jersey, this strategy is not only going to appeal to the veterans but the newbies as well.

Ultimately, more people signing up means that the popularity of the gaming site will increase. If all these people were to recognize the brand of McLaren vehicles during racing events, another level of interest in the sport would spark. For those who find pleasure in reading the fine print to source for tiny details, PartyPoker software can be downloaded from PokerNews.

Creating an account on PartyPoker is free – this should be the first step before making a decision on how much money to load onto the account. It is important to consider the amount because PartyPoker awards its welcome bonus in two tiers. The first level bonus requires a deposit of $10 which earns players $10 in the form of MTT tickets and free spins for a week; if the deposit is $20, the casino awards $30 in tickets for a whole week.

Casinos have begun exploring partnership opportunities with the companies whose products grace their establishments. In the current business environment where it is important to connect to customers and partners at a personal level, no one appears to be doing it better than casinos. Some chose entire sports clubs to form alliances with while others want to loop in with those that are little known in the industry. Regardless of where one approaches the profits from, it is obvious that teamwork bears better results in the long run.