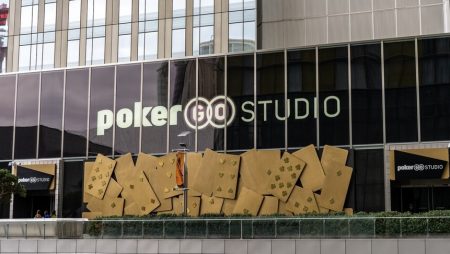 BetMGM’s Poker championship is scheduled to take place between June 23 and June 26th and will be incorporated into this year’s ARIA Poker classic. To entice customers to join, BetMGM is giving prize packages to 15 customers from each of BetMGM’s 15 poker markets in the country.

Each prize package consists of buy-in for the No-Limit Hold’em Championship that will be distributed at the end of each day’s qualifiers and the satellites taking place each week. Part of the package also includes free accommodation at the Aria for 5 nights with all travel expenses handled by BetMGM.

On June 25th, poker players will be allowed to battle each other for a chance to win the Poker Mystery Bounty valued at $600. This will be the very first time that the Aria is organizing a live poker tournament during poker’s busiest season. BetMGM is anticipating that its string connection to the land and online gaming will help to make the championship a common fixture in the future.

To offer online poker customers more opportunities to take part, BetMGM will be allowing its customers to spin their way into the qualifier round for the championship at Aria. The free spins will take place daily starting from May 16th and will end on June 11th. The free spins will be open to BetMGM customers in Pennsylvania, New Jersey, and Michigan to participate in the big event in June.

During BetMGM’s spin the wheel promotion, customers in the 3 states will have opportunities to win satellite tickets to compete for entries in the poker championship at the Aria. BetMGM will be offering poker lovers an array of prizes all through the promotion including poker bonuses, as well as satellite tickets. To access the perks of this promotion, all players have to do is log into their accounts to earn spins whenever they take part in real money poker games.

Soon after the BetMGM Championship at Aria is finalized, the Aria Poker Classic will kick off from June 1st and last through to July 17th. In total, the Poker Classic will feature 46 different events with at least one event being held each day. Every event will offer a guarantee that is expected to exceed $3.5 million.  To cater to all the attendees, the Aria poker room is expected to undergo an expansion to accommodate several more poker tables.

Recently at the beginning of May, BetMGM announced that it had signed a deal to become the exclusive sports betting partner of the Houston Astros. This is the first partnership of this kind that BetMGM has established with any sporting team in Texas. The addition of the Astros to BetMGM’s portfolio of strategic partnerships will help the brand greatly.

The Houston Astros is one of the most popular sports teams in Texas. BetMGM is therefore looking to leverage the team’s fervent fan base, which will help the brand grow faster in the south. As part of the deal, BetMGM’s signage will now be found all over Minute Maid Park. Astros fans will also have opportunities to participate in VIP experiences, as well as special promotions.

In April, BetMGM extended yet another partnership with NHL in Canada. Under the terms of the deal, BetMGM now enjoys the right to use the NHL branding to appeal to customers in both the States and Canada. BetMGM will keep receiving tailored content across NHL’s media channels and will be integrated into the franchise’s marquee events in the region.

This extension could not have come at a better time for BetMGM because Canada recently legalized its iGaming market proving the BetMGM brand a chance to grow even further. BetMGM already holds a license for iGaming in Ontario and was one of the first brands to launch when the go-ahead was finally given.

BetMGM also offers single event wagering in Canada. However, single-event sports wagering is only available for certain provinces across the Canadian gambling market. The brand-new Canadian sports wagering market presents a tremendous opportunity for BetMGM to further acquire more customers while continuing the brand’s progressive approach to the betting sector. This will position the BetMGM brand for long-term success in the market.

Responsible gaming is still significant for the BetMGM brand

As BetMGM continues to pursue its plans for expansion in new jurisdictions, responsible gaming will continue to remain significant for the brand. BetMGM has done its level best to provide customers with the resources and tools that they need to play and gamble responsibly.  The brand has already proven its commitment to keeping its customers safe by actively taking part and contributing to this year’s Problem Gambling Awareness Month.

BetMGM owns several other online gaming and sports betting brands including Borgata Casino, PartyPoker, as well as Party Casino. BetMGM’s commitment to responsible gambling is the reason why the brand keeps bagging awards. Case in point, BetMGM was recently nominated for several awards in this year’s SBC Awards North America.

BetMGM has received nominations in several categories including Casino Operator of the Year where it is up against established brands the likes of DraftKings, Rush Street, FanDuel, Penn Interactive, and more. BetMGM is also a partner of the American Gaming Association and has in the past helped the association with its Have a Game Plan campaign.

Available in 23 markets, the BetMGM app is easily accessible in various parts of the world. At present, BetMGM Resort controls 32 global hotels and gaming destinations in addition to its online gaming and sports betting brands. In addition to this already vast empire, the brand has also been looking for more ways to expand into the Asian gambling market. It already has a plan underway to debut a world-class resort in Japan.