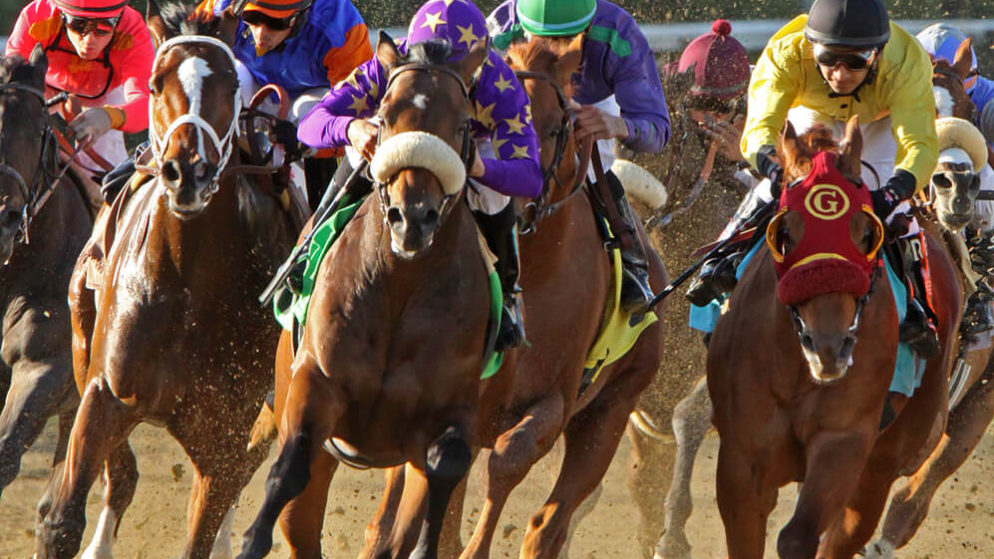 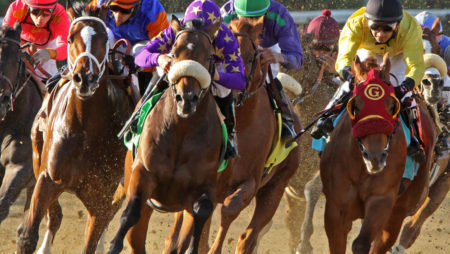 The Garden State’s thoroughbred horsemen at Monmouth have announced a deal that could very well elevate the profitability of horse racing sports betting.

The deal between the Australian-based BetMakers, the New Jersey Thoroughbred Horsemen Association, and Darby Development LLC., was announced on February 5. The deal allows BetMakers to manage and deliver fixed odds for horse races at Monmouth Park. BetMakers will be the sole, officially approved distributor of Fixed Odds for horse racing in New Jersey.

Outside bookmakers will be required to hand over an undetermined amount of their handle back as rights fees to Monmouth Park. The deal with BetMakers guarantees Monmouth Park at least $5 million over the next five years.

Eventually, BetMakers will offer that betting option to racetracks across the country. Monmouth’s deal is the first partnership of its kind in the United States.

shortcode sportsbetting -3 one under the other

The Future of Horse Race Wagering at Monmouth Park

“We see horse racing as potentially the biggest betting sport in the U.S., including baseball, basketball, and American football,” said BetMakers Chief Executive Officer Todd Buckingham. “There’s a good opportunity for the American horse racing market to grow in the same way Australia has. Australia has seen prize money double over the last seven to ten years due to this funding model that is equitable to everyone participating.”

New Jersey was already the only state to offer fixed-race odds. For example, last year DraftKings tried offering fixed odds on the $1 million Haskell race held annually at Monmouth Park. However, that trial did not have the permission of the thoroughbred horsemen. Monmouth Park operator Dennis Drazin indicated that the DraftKings trial set the stage for the eventual deal with BetMakers.

What’s the deal with fixed odds?

Typically, the reason for fixed-odds features a scene with a high roller unhappy with his horse at 6/1, when his own big bet is the main reason why the odds have been lowered on that horse. His own big bet will limit his potential profit.

Dennis Drazin has noted that many small-time bettors also complain when their horse is at 3/1, for example, but sinks below even-money at the very last stretch. Likewise, the odds may make a final adjustment as the race starts, and some bettors have the impression that this is due to parimutuel bets accepted after the horses are out of the gate. However, Drazin says that’s not the case.

The additional $1 million to Monmouth Park’s annual purse will blend with the $10 million annual subsidies the state government now grants to the racetrack, and the additional $1 million that sports betting revenue provides the track. That means that Monmouth Park can offer more races, more racing dates, and a wider field. Garden State horsemen are very enthusiastic about the expanded purse structure.

However, Drazin admitted that offering fixed odds can be difficult; as a worst-case scenario, it could consume the parallel parimutuel pool model. But he added that the more likely scenario is that fixed odds will encourage new money to pour in, creating a net positive for Monmouth Park.

The partnership will send Monmouth Park operator Dennis Drazin on a trip to Australia before the annual meet in Oceanport in May.

“We’re very excited to travel to Australia as part of our education to understand how we can thoroughly maximize the return on our races for our owners, trainers, breeders, horse handlers, and the operations staff at Monmouth Park,” remarked Drazin.

The legalization of sports betting across the country, which ensued after the Supreme Court ruling in 2018, has put the need for fixed odds in horse racing at the forefront. Bettors at Monmouth Park will know exactly what they are getting when they bet, and the uncertainty of a parimutuel horse racing wager might be a thing of the past.

As soon as the necessary government approval is complete, the Monmouth Park deal will be for an initial term of five years. BetMakers will have the option to renew the deal for an additional five years in 2024.

The announcement caused BetMakers’ stock prices to surge by 500% since last July; investors reacted positively to the idea that BetMakers would be expanding its fixed-odds strategy to racetracks across the United States in the near future.