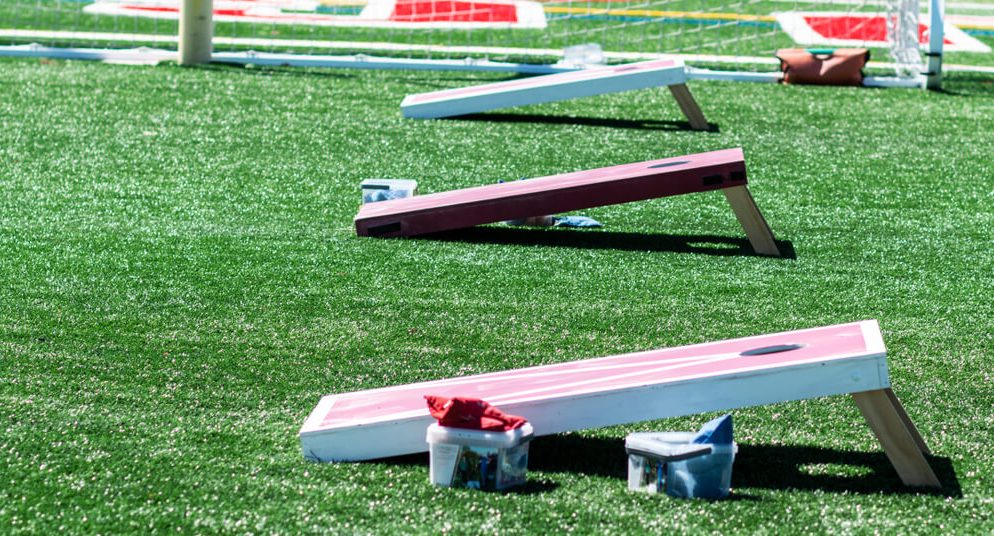 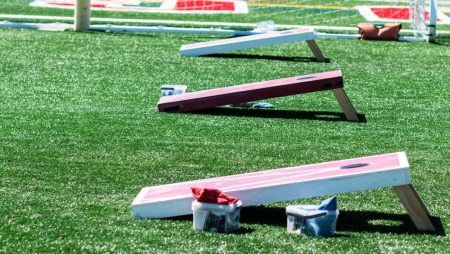 People have always placed bets on cornholes. However, in most cases, it is usually a wager or two between buddies. Now that the tailgating sport has joined the ranks of other leagues in the regulated sports betting market, lovers of cornhole can now wager using real money and expect rewards.

Aside from offering free to play pools, DraftKings will also offer cornhole punters odds and lines. The first professional cornhole event that was wagered on as a result of this partnership was the 2021 ACL Cornhole Mania National tournament that was held at Wichita State University in Wichita, Kansas.

A lot of people fail to realize this, but cornhole is one of the fastest-growing professional sports in the country. The American Cornhole League was established not too long ago in 2015. The league is responsible for organizing and sanctioning tournaments across North America.

ESPN has been televising some big cornhole tournaments over the years. Since the first tournament was aired in 2017, the sport has grown by leaps and bounds to become one of the audience favorites on the sports channel. The league is also responsible for establishing the rules of the sport across the world.

Currently, the league boasts more than 250 professional players. Some of the players participate in cornhole full time while others simply do it as a hobby. Like any other professional sport, each tour offers players guaranteed prize money. In 2021, the minimum prize money is expected to be no lesser than $500,000; the pot might even go higher depending on the number of participants.

Professional players make ends meet through the individual endorsements that they attract, as well as through training and appearances. What’s so great about cornhole is that it can be played by individuals of all ages, whether young or old; skilled or unskilled, which probably helps to explain its growing popularity.

Earlier this year, DraftKings made history by becoming the official sports betting partner of the WWE. Thanks to this deal, DraftKings is the official gaming partner of WWE and offers punters its free-to-play pool product. This deal was inked following DraftKings formed a long list of partnerships with some of the most successful leagues in the country including the PGA Tour, NASCAR, UFC, MBA, and the NBA.

The Drone Racing League wasn’t always well known until the pandemic popularized it. Last year, at the advent of the pandemic, when live sports had all been canceled, niche sports like drone racing helped to fill the void. As such, the league has grown in popularity over the last few months to become a fast-growing niche sport.

If you might also recall, DraftKings also became the exclusive sports wagering partner of the Professional Fighters League early this year. PFL is the only combat sport that offers fans real-time fighter data and analytics. The data is typically injected into every fight that is being broadcast across the league’s digital and social media channels.

The data and analytics that are given to fans are so advanced and contain metrics such as the speed of each fighter’s punch speed, their kick speed, heart rate, and even the overall caloric burn. This in-depth data goes a long way in providing punters with enough information to make their bets informed. For example, punters can utilize information regarding a player’s punch or kick speed to place a wager on whether or not a fighter will land a strike exceeding a specific speed.

As the sports betting landscape has continued to expand across the country, DraftKings has been extremely thoughtful about its expansion strategy. It will likely continue to cast a wide net so that it can ink partnerships with as many sports leagues as possible. The DFS operator will look for ways to go beyond its partnership with the international dog eating contest, which was formed last year in the absence of live sports.

Currently, DraftKings is available in 12 of the 15 American states that enjoy legal sports betting. DraftKings is available in Virginia, New Jersey, Indiana, New Hampshire, West Virginia, Iowa, Illinois, Tennessee, Michigan, Pennsylvania, Colorado, and Oregon. By the end of 2020, the sportsbook operator stated that its online sports wagering share stood at 30% while its iGaming share was 19%. The sportsbook operator estimates that it could generate as much as 5 to 7 billion in the North American sports betting and iGaming market if all the states legalized online betting.