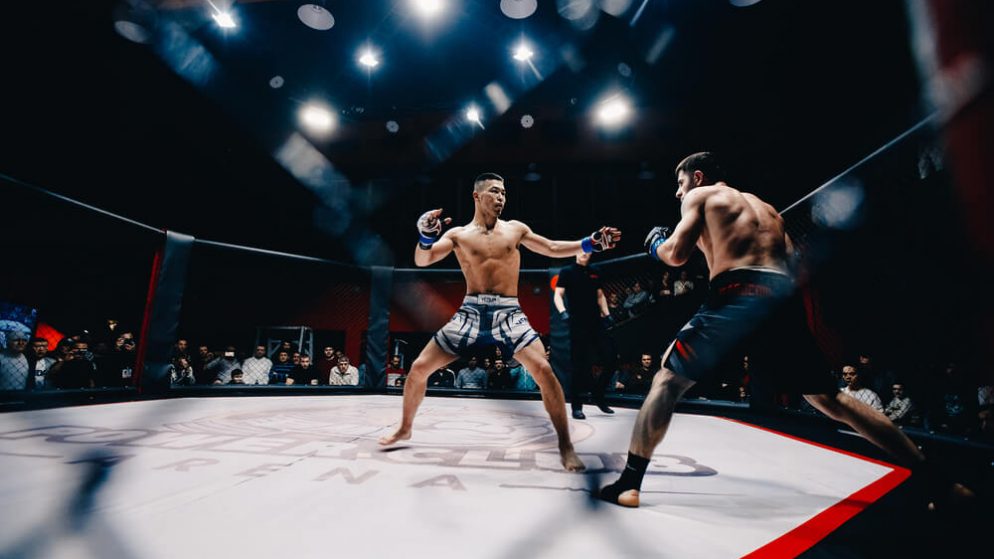 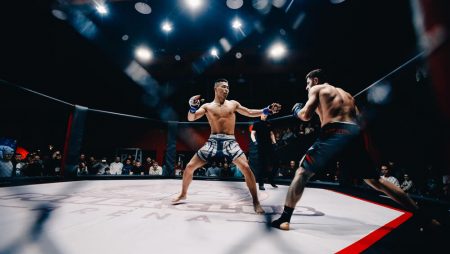 With the current wave of companies scrambling to enter the New Jersey market, there is no truth in saying that betting companies rank in a certain order. A few years ago, gambling was frowned upon and those who visited casinos were considered immoral and dishonest. Evidently, it is going to take a couple more years before the new markets stabilize.

Generally, the gambling culture of the American people has evolved and more and more people are signing up for player accounts, depositing real money and spending a lot more time trying their luck with the rewards. The latest participant to join in this discussion is the world’s newest mixed martial arts sport, the UFC. With the announcement concerning UFC sport and DraftKings, the US market will open up to various sporting activities within the betting arena.

The betting sportsbook as provided by DraftKings is going to be the first company to ever partner with UFC in an effort to make it more popular with casino players. In addition to the typical sportsbook features, UFC will also be referred to by the title, Daily fantasy partner. This alliance will be operational in both the US as well as Canada.

On its part, DraftKings is responsible for the entertaining and technical aspects of the casino. The market should be ready to receive a generous amount of in-game odds, market activations for the two products and promotions running through the course of a game. In addition to that, the brand imagery for UFC will be featured prominently in platforms where DraftKings Daily Fantasy Sport and Betting products are used.

This move is nothing short of groundbreaking and the focus is on attracting as many UFC fans as possible. Through such a bold promotional strategy, it is expected that the current customers of UFC will pay attention to DraftKings and vice versa.

In a promotional effort that DraftKings is using to popularize UFC offerings, the sportsbook will be offering free UFC games to its fan base. This is going to be a weekly trend and those who would wish to try them out better keep abreast with the schedule. Alongside the free-to-play games from UFC, there will also be a prize pool of $10K available to site visitors to win prizes. The promotion is available for all platforms regardless of where a player logs in from around the country.

A breakthrough deal in UFC business

Going by the details about its business that UFC has shared with the public, it is important to note that DraftKings has been named as UFC’s first ever official sportsbook. During the announcement which was made a few weeks ago, the sports partner revealed that the promotional deal has an estimated value of $350 million all inclusive of cash and advertising.

DraftKings is expected to pay UFC some amount of money that has not yet been revealed. According to media reports, this is inarguably one of the industry’s largest partnerships to happen between a sportsbook and a sports league.

Speaking on the nature of the largest ever sports betting partnership deals in recent times, the President of UFC, Dana White has termed the agreement as massive. According to her, the company had never been involved in a deal as important as the current one. This one in particular was epic because it has been structured around enhancing engagement for existing fans as well as capturing the attention of potential markets.

Speaking from a point of insider knowledge on the performance of mixed martial arts over the last 2 years, White is confident of the steady increase in level of support from fans. In the US and for the past several decades, sporting activities have been dominated by the big 4; basketball, hockey, baseball and football. Anything that falls outside the confines of these four like MMA has been promoted by betting; that is why the DraftKings partnership is of such great importance.

The excitement surrounding this deal seems to be shared across the board as is evidence of the utterances of DraftKings Co-founder and President Jason Robins. In a press release, Robins admits that combative sports have been significantly sipping through the industry offerings and into the sportsbooks.

A few years ago, just about the time that DraftKings was gaining shape, combative sports were just a small niche but the narrative is gradually changing. Industry experts believe that the high demand for odds and listings for these games will only catapult their popularity even further.

Who will be responsible for the UFC Fight Clock?

It is quite clear in the fine print of the business collaboration deal that DraftKings will take up the task of presenting the Fight Clock of the UFC. This means that the betting provider will be presenting the games time management system. An outstanding aspect of the UFC timing system is that it utilizes superior technology to ensure that participants and fans get accurate timing data throughout the various matches.

In highly digitized system integration, the Fight Clock of the UFC is inbuilt into the platform technology so that fans, athletes, and game officials have the countdown right before their eyes and do the people watching from a broadcast. This strict and accurate time management system makes it easy for the sportsbook to add in-game betting features within a game if need arises.

What does the market think about this alliance?

While there are benefits to every group of stakeholders affiliated to the two parties of the partnership in one way or the other, the financial market is particularly excited. The stock market is quite active for DraftKings stock; right after the deal had been announced, those who went to take it up at the stock market found that the company’s shares had been rallied by 4.0%.