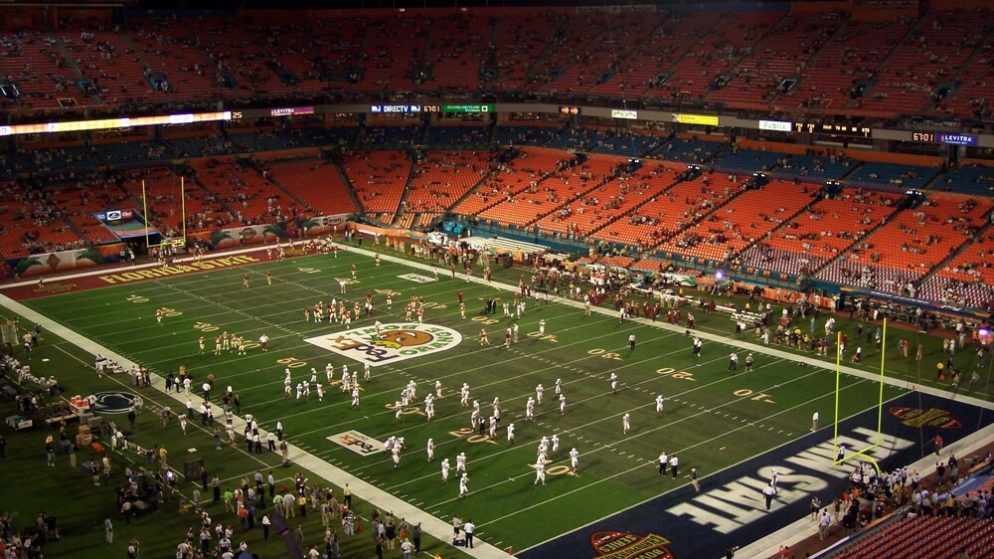 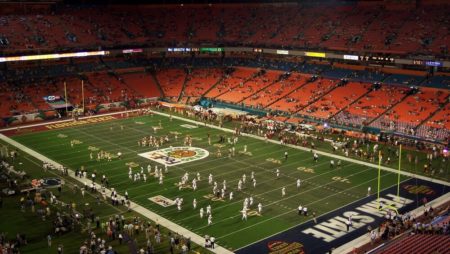 Sports betting giant DraftKings will refund all wagers placed on last week’s Penn State game after a controversial call caused the Nittany Lions to lose. It was the first time Indiana scored a win over a top-10 ranked opponent in 33 years.

The contentious game pitted the Indiana Hoosiers against the Penn State Nittany Lions. Penn State was up 21-20 when it forced a turnover on downs deep in Indiana territory, with less than two minutes left in the game. With Indiana down to one timeout, Penn State could have used up the clock. But Lions running back Devyn Ford bolted toward the end zone and fell for a touchdown for a 28-20 lead.

Indiana then drove 75 yards, scoring a touchdown with just 22 seconds left. The Hoosiers seized a 36-35 overtime triumph as quarterback Michael Penix aimed for the pylon following a desperate scuffle on a two-point conversion. However, the instant replay indicated that the ball could have been out of bounds just before touching the pylon. Referees reviewed the playback, and determined that the play would stand as called.

A key factor of the ruling is that when a play “stands”, that means there isn’t enough information to change it. Since the play was determined to be a successful two-point attempt on the field, the play stood. However, if the video playback indicated that the attempt was good, the call would have been “confirmed”.

While the Hoosiers still won the game, DraftKings decided to refund all money line bets following the “tough call.”

DraftKings is not the only online sportsbook operator in the US to refund wagers following a controversial call. PointsBet and FanDuel and have also refunded bettors as an act of goodwill.

Two years ago, PointsBet CEO Johnny Aitken formed the ‘Karma Kommittee’ to assess unfair decisions and refund bettors with Good Karma Payouts. Last month, the Karma Kommittee issued full refunds, due to the disappointing performance of Tennessee’s placekicker, on all spread wagers placed on the Tennessee Titans against the Denver Broncos.

In March, the PointsBet Karma Kommittee issued a Good Karma Payout in response to the Duke vs UCF March Madness game, following an unexpected and dramatic finish with a missed tip-in by UCF player Aubrey Dawkins. That led to a Duke win. PointsBet refunded all UCF money line bets as bonus bets.

But perhaps PointsBet’s biggest Good Karma payout came when the Karma Kommittee refunded wagers placed on the New Orleans Saints in the NFC Championship Game against the Los Angeles Rams. Los Angeles won after referees missed a defensive pass interference penalty that could have allowed New Orleans a win. More than 80% of the bets and nearly 65% of the handle was on Tennessee before kickoff.

In September, DraftKings, PointsBet, and FanDuel refunded wagers placed on tennis champion Novak Djokovic to win the US Open. Djokovic was losing to Pablo Carreno Busta 6-5 before he was disqualified for nailing a line judge with the ball.

DraftKings has signed several partnerships in 2020 with media companies, sports teams, and leagues to elevate its profile and drive traffic to its sportsbooks across the US.

For example, the sports betting giant signed a deal with Turner Sports. The multiyear agreement gives DraftKings exclusive daily fantasy sports and sportsbook rights across some Turner Sports programs and products, such as all Bleacher Report channels and the Bleacher Report app.