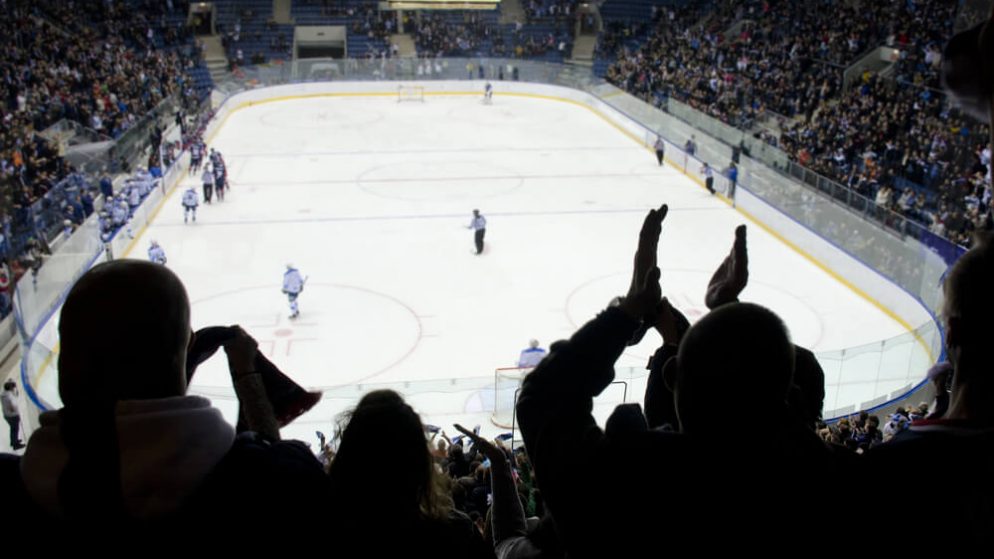 Veteran gamblers are probably familiar with the name Twin River Worldwide Holdings but that is now obsolete. The new identity of the gambling giant is now Bally’s Corp and it is on a mission to be a household name. In the past week Bally’s entered into a partnership with the National Hockey League that gives exclusive sports betting rights to the casino.

Although the terms of the multi-year partnership have not been disclosed to the public, it is possible to anticipate based on past agreements with other betting services providers. In the past, the NHL has been in similar deals with PointsBet, FanDuel, and BetMGM. As opposed to what is happening now, the deal with PointsBet stood out because the sports league acquired equity along with the partnership. This is the first time ever that Bally’s is getting into a partnership of this nature.

The arrangement gives express permission to Bally’s to use NHL logos and brand identity to promote sports betting on its various platforms. The official league data will also be at Bally’s disposal to make use of in promoting its business across markets where it has operations.

At the time when Bally’s was making the equity deal with PointsBet, the company also partnered with Sinclair Broadcast Group. This is a partnership that is still in effect and which Bally’s intends to use to promote NHL activities. Bally’s will be tasked with creating hockey content which they can then integrate in media coverage that the NHL plans to broadcast.

As it stands, the Sinclair network spans over 19 regions through both direct ownership or media collaborations. This is a resource that is going to benefit the NHL as match as it will benefit their official betting partner.

George Papanier who is the CEO and Company President of Bally’s is thrilled that this partnership is coming at a time when the gambling industry in various markets starting from New Jersey has been legalized. Papanier views the partnership with NHL as a key milestone in his company’s strategy to dominate the iGaming and online sports betting space.

Being able to legally access the NHL brand material and logos, Bally’s management is hopeful of a transformative future for their fans. He is not shy to mention the fact that Sinclair is a great component of this new partnership which has never been done before.

According to the NHL boss, Keith Wachtel, Bally’s has a strong vision that the NHL would love to be a part of. The Senior Executive VP who also acts in the capacity of Chief Business Officer at NHL describes Bally’s vision as strategic and powerful enough to drive the growing portfolio of the casino’s products. As of November 2020, the technology guru behind the online casino’s betting products has been Bet.Works which is now a subsidiary of Bally’s.

At the start of 2021, Bally’s made an announcement that it was going to acquire SportCaller which had built a reputation in the region as a reliable provider for free to play casino games. Apart from the United States, SportCaller also facilitates casino businesses in North America, UK, LATAM, Africa and Europe. The business had been that successful owing to its expert staff and use of top of the range technology to build pay to play games, prediction games, trivia quizzes and turnkey game apps.

It is evident that Bally’s is riding on a wave of expansion and experts expect to see monetary returns in the current year. Bally’s is run from Rhodes Island and it is here that all its other establishments are operated.

What was Bally’s gain in the acquisition of SportCaller?

Expanding its portfolio for Bally’s means adding new games to its offerings as well as increasing the geographical location where the effects of the business are felt. A company with a reputation of offering F2P sports is what SportCaller was before they blended into the operations of Bally’s.

Having also acquired Monkey Night Knife and Bet.Works, Bally’s is progressively gathering all the tools that will make its scaling quite flawless. Sinclair was instrumental in the overall picture because a media partner does wonders in stamping industry authority.

Each one of the small but well-to-do businesses that Bally’s have acquired in the past few months adds on to the overall effect that Bally’s is looking for among its peers in the market. A company that previously did not have any experience with fantasy football now has industry sufficient knowledge to run its own operation – well, this is possible from the acquisition of MNK.

In line with the acquisition of SportCaller, the F2P operator grants Bally’s express power to improve their customer experience through the offering of their products. Instead of rolling out these games in all locations where Bally’s has an operation, the F2P games will be promoted in areas and especially states that have not regulated sports betting yet.

The casino has physical presence in 7 states across the country where 11 of its land based casinos are located. New Jersey is among the latest destinations to receive an online gambling app to compliment the brick and mortar establishment. Bally’s also has a horse racetrack to its name as well as 13 OTB licenses authorizing its operations in Colorado.

By the time of signing the agreement to work with Bally’s, SportCaller had a software wealth of more than 100 games. Their gaming platform also has 30 various kinds of sports to offer players a variety in the sports they can enjoy.  By bringing on board their customers, Bally’s will now be able to offer their customers offerings on the gaming site in 20 languages. It is interesting to note that the platform accepts players from 37 regions so the customer base for Bally’s has just gone global.

With a lot of companies aligned at the background for its success, Bally’s has a global advantage not enjoyed by any other provider to grow its player population. It is a clever move for this betting giant to rally key players in the sector behind it to penetrate even larger areas in the betting map. It is now only a matter of time until all these partnerships are activated into nothing short of an industry powerhouse.