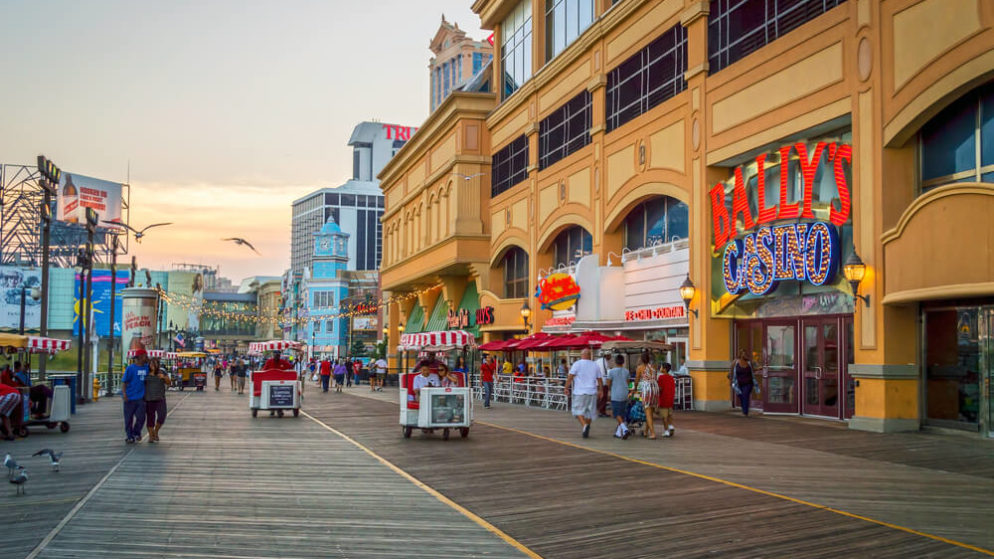 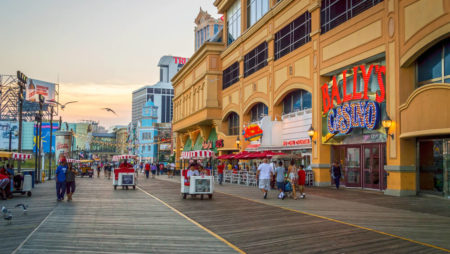 Bally’s is on an unstoppable quest to diversify its investments. On its plate recently has been the acquisition of Monkey Knife Fight, a daily fantasy sports company (DFS). The transaction which will be stock-based is going to significantly grow Bally’s portfolio in sports betting.

Other businesses that Bally’s has acquired in the recent past have placed the company in sectors such as media and casino. With its base of operation in Providence, Rhode Island, Bally’s is now the third U.S. betting company that has a sportsbook, to acquire a DFS component. The other players which also entered the market recently are FanDuel and DraftKings.

The acquisition of Monkey Knife comes at a time when Bally’s has set up a strategy to rise to the status of national betting businesses. George Papanier who is CEO and president of Bally’s is pleased to lead his company into a new market. Terming DFS as a high-growth component of betting, Papanier is hopeful that Monkey Knife will prove to be a worthy investment.

Before Bally’s embarked on the process of buying Monkey Knife the company had just purchased Bally’s Casino property in Atlantic City. They had also got into a media arrangement in alongside Sinclair Broadcast Group. Bet. Works is also a business of interest to Bally’s and with a pending acquisition underway; it is only a matter of time until this too is listed under its portfolio.

In partnership with Sinclair as its media partner, Bally’s has already laid out its plan to launch Monkey Knife Fight across 37 states in the U.S. Some of the interesting markets to watch out for are Canada and Washington D.C. Sinclair will be driving awareness for the new asset across its network of 21 sports networks in the region.

The fact that MKF is already popular with online gaming enthusiasts is the source of excitement for Bally’s as the deal closing date fast approaches – within the first 3 months of 2021. Even before the acquisition process began, MKF has been a profitable establishment. In 2020 for instance, the company which has a track record of offering a pool of creative and dynamic contests on a daily basis was recognized.

SponsorUnited ranked MKF at number six in line with search volumes and rate of growth in the entertainment and sports segments. By adopting a B2B2C business model at this time, Bally’s is on its way to becoming a vertically integrated company of its kind. Never before has there been a company of this caliber dealing with iGaming and betting in the United States.

Papanier appreciates that Bally’s performance has so far been iconic and promises to carry on with the new asset. For fans in different parts of the United States, the assurance from the top-most employee of Bally’s is that they will experience a top-of-the-range platform.

For both existing and new players creating accounts on MKF platform, the thrill starts from the user-friendly interface. Bally’s hopes to incorporate customer experience into its interactive division to better serve its members. MKF is going to lend a hand to Bally’s to build a database that will be purely dedicated to sports bettors.

Regions like Texas, Florida and California are expected to constitute a large chunk of the players’ database and this is supposed to rake in revenues to the tune of 20-25%. This estimate has been developed by Wall Street analysis and research. Although plans to penetrate the Canadian market are ready for take-off, this market is yet to authorize sports betting.

Buying an asset that leverages profits as soon as the acquisition is concluded is such a huge win for Bally’s. Compared to players who have chosen to enter the market with nothing, Bally’s has a head start in B2C operations. At the same time, MKF will be helping Bally’s to create content that is appealing to their customers given that they already know what they want from a sports betting operator.

According to Bill Asher who is the CEO and founder of Monkey Knife Fight, the company stands out from the competition owing to a culture of forging team partnerships, and strategic asset acquisition. Asher is keen to express gratitude to a team that has supported him fulfill the vision of his business. MKF is only 3 years old in the market and he hopes that Bally’s will continue to unleash its potential to align to the needs of the market.

The acquisition does not entirely throw out MKF from the opportunity to be part of a fast-growing industry. MKF is going to be awarded with an exercisable penny which matures immediately. With this, the fantasy sports betting authority will be able to buy Bally’s shares to an upward cap of $50 million – common shares when closing.

Another one of MKF’s entitlements is penny warrants of the contingent category that it will use to buy $20 million shares – common shares at the 1st and 2nd closing anniversaries. This contingency plan will facilitate a smooth business environment in areas where MKF had earlier set up base.

Bally’s Corporation has under its leadership a string of 11 casinos which it owns. The company has interests in racing no wonder they have a racetrack of their own. Bally’s boasts of an employee population of over 5,900 spread across its areas of operation.

With 459 table games, 13,260 slots and 2,941 hotel rooms the company does not only offer entertainment but luxury comfort to its players.

Monkey Knife Fight is inarguably the most rapidly growing online gaming platform in the whole of North America. Unlike other sites where fans play against seasoned professional, MKF offers fair play at all time.