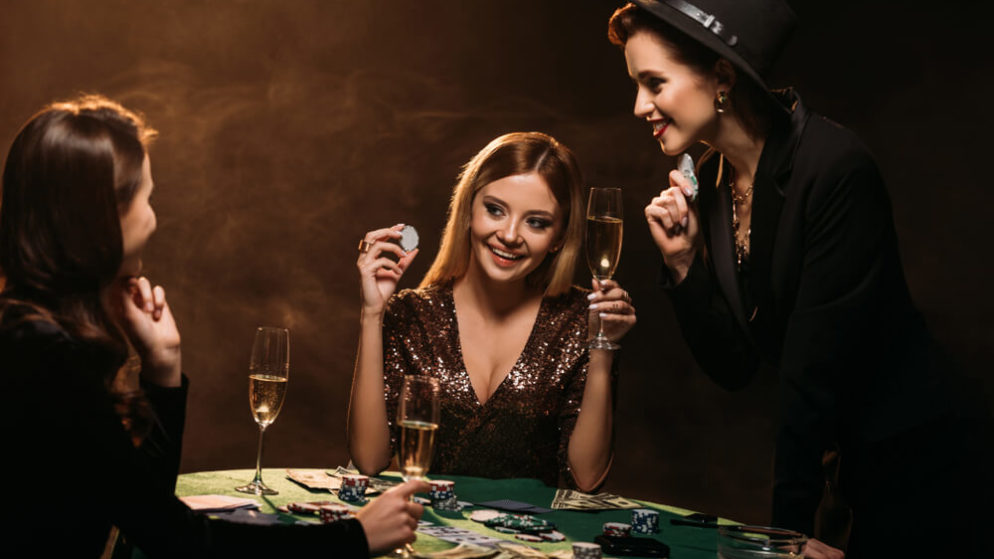 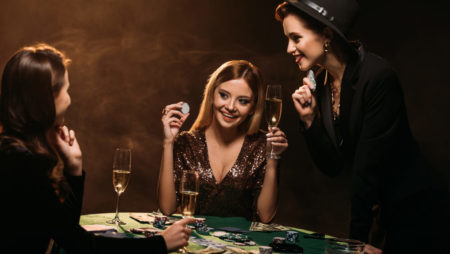 Women from around the world have eagerly been waiting for the 8th of March, a day that everyone focuses on them and their achievements. The international women’s day is set aside as a way to deliberately recognize the contribution that women have made towards humanity as a whole.

GGPoker also joined in the celebrations by promoting charity towards organizations that work with women. This online poker network is not getting all the credit for improving the lives of women on this day; they have invited their players and other stakeholders from New Jersey to participate in this charity drive. By being part of the international Women’s day event which took place at 8 PM (GMT), participants would not only donate but also enjoy themselves.

New Jersey players need to particularly take advantage of the new betting laws that favor sports betting. Darren Elias is proof that everyone is a winner but only if they put some effort into it.

The event which was held on March 8 did not discriminate; men and women participants were open to join. For most of the people who were at the event, the $10 they used to buy-in was manageable compared to the prospect of winning a cool $10,000 which was a guaranteed giveaway.  Of the $10 ticket cost, $9 went to build up the pool prize while the remaining $1 being contributed to women charities.

The international women’s day 2020 event is not the first time that the poker community is donating to charity. GGPoker in particular has been supporting worthy charities for a long time. According to Davina Byrne, an Outreach & Community Advocate at GGPoker, the casino is yet again glad to be participating in a charity tournament.

While such events are great at raising funds, fans are given an opportunity to support worthy courses without giving up the fun of the game. The total money which was collected by GGPoker for the women’s charities was topped up by an additional $10,000 to make the token bigger and better.

The structure of the IWD charity event shares a structure with other events that GGPoker has held in the past. Ideally, a player starts with chips worth 10,000 and plays to increase after every eight minutes. A player who gets knocked out of the event can go back on within the first 125 minutes.

Compared to how other casinos organize their tournaments, GGPoker does not seem to be doing anything out of the ordinary. The bottom line is that everybody who participates walks away happy that they have donated to charity.

Unlike any other tournament organized for the residents of New Jersey, GGPoker has a special attraction for its players. The organizers have singled out Kaki Tee, Elky, Egption, Davina Byrne, ALLINpav, Kevin Martin, KnightUK, JNandez87, and Easterdamnz as guests with bounties on their heads. These players are a huge resource for players who will be able to knock them out.

Knocking out any of the above individuals earns a player a GGPoker reward of $100. This is the equivalent of returning ten times on the game for a buy-in of $10 each time. This prize is a stand-alone reward as the pool money collected is awarded separately.

Getting more women into poker

As finances are such a huge factor for poker players, women players will find GGCare to be such a reprieve. Already, this feature awards a $30,000 freeroll to players who have been unlucky through suckout, coolers or bad beat but plans are underway to have it in tournaments as well.

As Davina spoke on the upcoming tournament, she pointed out the fact that GGPoker has for a long time been involved in uplifting people’s lives through charity. According to the GGPoker’s community and outreach spokesperson, this trend has been a joint venture between the company and its players.

At a time when the company was supposed to be luring more women into the poker circle however, GGPoker might have drawn a bad card. This follows their signing as brand ambassador a poker player known as Dan Bilzerian who is better known from the ostentatious lifestyle he leads and his photo shoots featuring half-naked models.

GGPoker has since made a promise to its fanbase that they would be launching more initiatives geared towards nurturing more women poker players. Already, the casino giant has entered a partnership with FLIP – Fantastic Ladies in Poker.

While it is a fact that women poker players are few and far between, the current demographics paint a picture of a community that is gradually catching up. For the few women who have taken up poker as a professional sport, the challenge has been reaching the top. This is according to Maria Ho who is a prominent player within poker circles.

As myths around poker are broken and women earn their spot at the poker table, more and more females are joining in. A great place to start showcasing their talent and ability is at events such as the World Series of Poker Circuit (WSOP) of 2021. For the current year, plans are underway to award poker players with a total of 180 gold rings – such events provide an excellent platform on which women players can sharpen and parade their skills.

2020 was without a doubt a tough year for most people as they had to adjust to new social engagement rules. In the poker arena, the online space really picked up but still faced challenges in areas where regulations restricted player participation. Well, 2021 is here now and more than ever, initiatives that promote the woman poker players can be seen all over.

While the support systems to encourage women players have been there for a while now, the industry has woken up to a huge gender imbalance scenario. This year’s International Women’s Day was a perfect avenue for addressing this imbalance. GGPoker is in the frontline for participating in these festivities and hopefully will be a great influence to other key industry players.