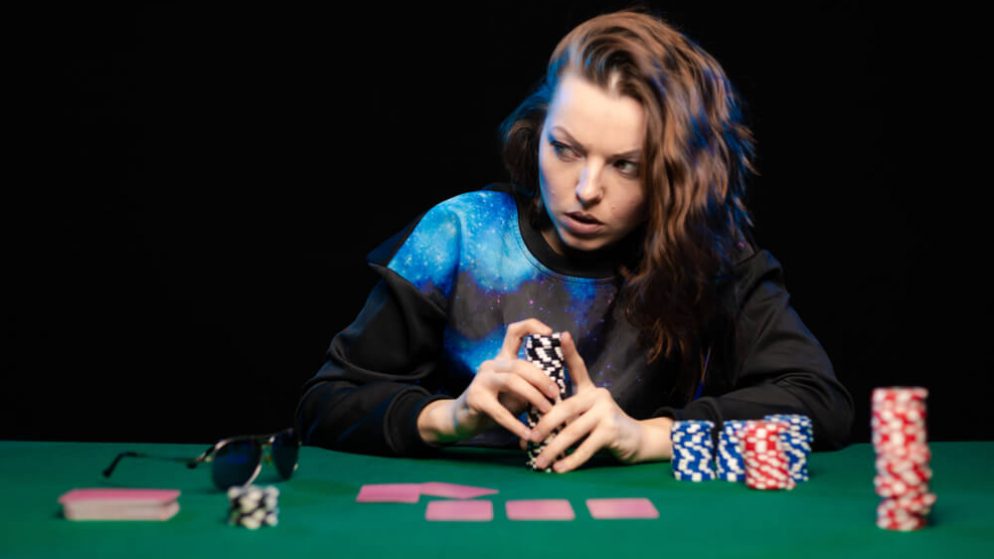 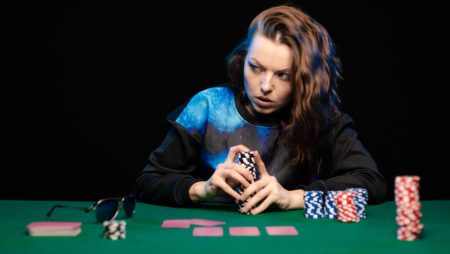 In an announcement made a few weeks ago, Vanessa Kade, who is a poker player of Canadian origin informed the public that she will no longer be working as an affiliate for GGPoker. The Canadian reported that this has been occasioned by the fact that the company unceremoniously terminated her account. The major reason according to her was speaking out against the appointment of Dan Bilzerian to the position of poker ambassador.

Kade has not been easy on GGPoker of late and the move to end her affiliate association with the company does not come as a surprise. While she is seemingly ready to part ways with the poker operator that has operations in major states such as New Jersey, she is quick to admit that it will set her back financially. About promoting the affiliate account, Kate admits to not being active.

The poker player’s income from GGPoker comes mainly from the proceeds of the deal on rake sharing that pays her thousands of dollars. Kade broke the news to her fans on her twitter account citing that the organization had chosen to terminate her contract a day after the international women’s day. For Vanessa, this spelt the hypocrisy of GGPoker management because it has been barely a few months since they partnered with FLIP to promote affirmative action in poker.

To prove that the termination of services was indeed official, the Canadian poker player shared screenshots of the communication sent to her by Rachel Ralson, who is the affiliate manager at GGPoker. In her message, Ralson expresses disappointment in Kade’s inability to see the future aspirations of the GGPoker brand. She then applauds the hundreds of workers who hold up the brand by working behind the scenes.

The greatest issue as per the correspondence was in the fact that Kade referred to GGPoker as misogynistic which according to Ralson was a misrepresentation of the company. Ralson insinuated that remarks made by Kade were offensive to everyone that held the company dear. Citing her life as an example of how the company minds the welfare of its employees, Ralson mentioned that it would not have been possible for her to juggle work and family life were it not for the support GGPoker gave her.

In her response to these remarks, Kade called out GGPoker for their appointment to their service, a man who had zero regard towards women. She termed the comments made by Bilzerian as openly belittling and meant to degrade women. Since it appeared to her that the nature of GGPoker as a brand was supportive of misogyny, Kade had no intention of going back on her earlier remarks.

Even before Bilzerian got into partnership with GGPoker, many people who knew him on Instagram are aware of how he treats women. His social media accounts are evidence of the fact that he grabs every opportunity to objectify women. There have been recent arguments that the manner in which the new GGPoker brand ambassador treats women qualifies them merely by their cup size.

Anyone can view his social media timeline for insight into just how lightly he takes the women folk. According to Kade, even those who do not know Bilzerian personally will have formed an opinion regarding his playboy tendencies by the time they are done reviewing his online profile. A few weeks ago when Kade expressed her displeasure when GGPoker signed him, Bilzerian responded by referring to her as a whore.

Many of the comments on the subject are mixed; some believe that Bilzerian has no business promoting the business for a business that supports affirmative action when he does not value women. On the other hand are those who feel that the chauvinistic tendencies of Bilzerian will be instrumental in attracting new membership.

The sad part about the entire scenario is that someone has lost their job just because they tried to remind GGPoker of their commitment to stand by women. The poker community is not amused by this turn of events and many are defending her publicly. One of the most conspicuous voices in this protest is that of Jessica Welman who has been a poker journalist for a long time.

According to Jessica, the fact that Bilzerian would respond to Kade in such demeaning language on social media begs a lot of questions on his suitability as a brand ambassador. The content manager and OP’s poker community manager, Eva Reberc has added her voice to the argument by pointing out that the entire squad at GGPoker has been too quiet on such a delicate issue.

One male GGPoker brand ambassador who has refused to stay silent in all this is Daniel Negreanu who is well known within industry as being outspoken. Ironically, he is among those who think that GGPoker made a good move by enlisting the services of Bilzerian because of his influencer status. Negreanu is yet to comment on the termination of Kade’s affiliate account. In an indirect comment that he posted on his twitter account, he asked his fans if they ever hold back on posting some things because of the impact they might have.

The question on Negreanu’s account seems like a stand-alone argument but those that had seen earlier posts know exactly what he is making reference to. At least that would make sense given the fact that he too works for GGPoker and would not want any of his utterances to cause a backlash.

Using individuals as brand ambassador is a marketing gimmick that has been used by businesses for a long time.  The choice of who to sign up as brand ambassador depends on many factors but top on the list is the following that they are likely to rally behind a certain brand. For the fans of GGPoker who love the tone and content that Bilzerian uses on his social media accounts, remarks made by Vanessa were out of line. It is the feminists and those who rally behind affirmative action that are feeling the pinch right now.