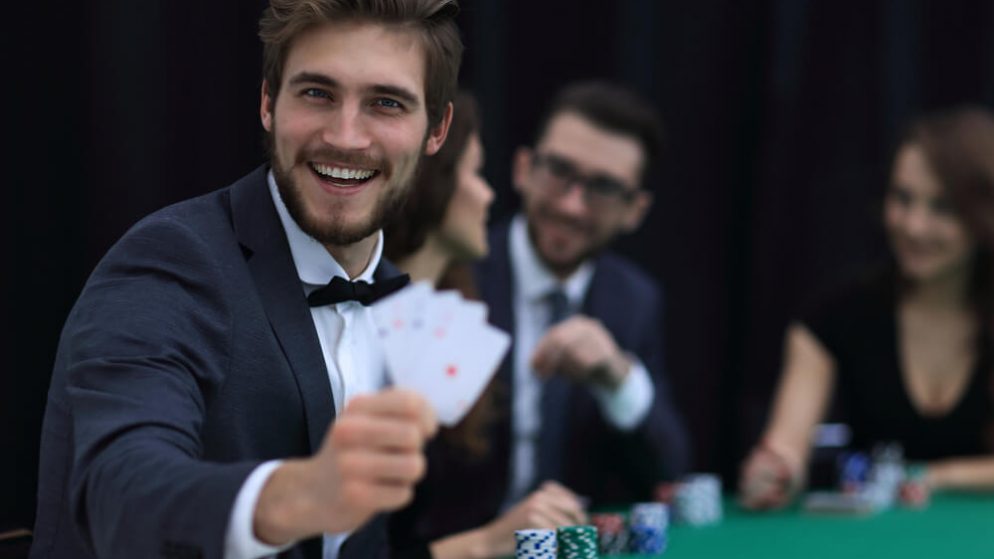 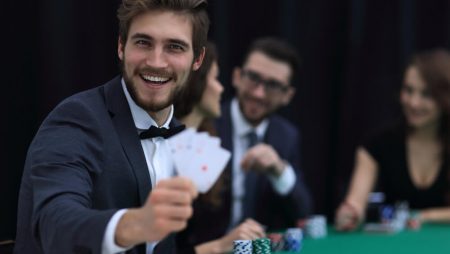 GGPoker has revealed its innovative side with the creation of a format for its future poker tournaments. In this new development, the old poker format acts as a base which is then accentuated using a video game genre. For poker players who are also video game enthusiasts, this combination feels just right.

In line with this new format, GGPoker has enlisted the services of Dan Bilzerian who fits this role perfectly due to his gun toting nature. The new format has been available to users as of the second week of June. With a wide range of buy-ins to cater to match the financial ability of all the poker players signing up for the NJ tournament, $0.25, $1, $3, or $10 is all that is needed to participate.

For every No-Limit Hold’em Progressive Bounty Sit & G game, the tournament can only begin when at least 100 players have registered. The setup for each of these games requires that players go through three different levels to make it to the finish.

The developers of this new format seemingly had the thrill seeking poker player in mind. There is not a moment throughout the entire game that players are not served with action. This happens through the three levels;

The first level is known as the rush zone and most players agree that this is the most fascinating section of the Battle Royale. Take a deep breath before this round begins because there is no stopping; players are constantly moving between tables and the end of a hand signals a fresh set of cards. There are only two ways through which this level can come to an end; the number of players drops to 50 or the 15 minutes time allocation is used up.

The second level is known as the shootout zone – it is only played by the 50 players that remain after the mud rush in the rush zone. At the shootout zone, players are required to play against each other so as to cut down the number to just 10. It is a level of horns locking that is played out on 10 tables.

The winner of each table will proceed to the next level. This table also has a 15 minutes timeout – if there is no single winner on every one of the tables by the ring of the bell, the Flipout format will be activated. All players playing on this second level are allowed back in play until there is only one survivor for each table.

Level 3 is also known as the final table and this is a bit slower in pace because it adopts the speed of the GGpoker standard tournaments. At the second level, players are encouraged to win the table they are on fast because those that proceed to the third level have liberty to select the seats they want. For all the 10 finalists that end up here, the task ahead is to get a significant size off the prize pool – only one person will end up with the champion title.

The payouts at the last table

Regardless of the level of buy-in that a player used to earn their spot in the tournament, the final table irons it out for all poker casino participants. The champion obviously pockets the greatest chunk of the wins, which is more than a fifth of the guaranteed prize money. The nature of this tournament is progressive so the final payout is proportional to the number of opponents they eliminate on their way up.

GGPoker has spiced the Battle Royale even more by putting together a weekly tournament leaderboard that holds prizes worth $15,000. This is going to run for trailing 20 days till the end of June and will favor players who spend more time playing. The points accumulated to qualify for prices from the leaderboards will be earned from completed games; play more games, earn more points.

There will be hundreds of winners courtesy of the leaderboards every week and this is a perfect reason why players should be playing the new format of the Battle Royale. In addition to that, players who play starting from 10:00 p.m. till midnight UTC will be awarded at a rate of 1.5 times the regular rate.

The prizes start at the welcome stage

Before you can dive into the thrill of winning Battle Royale tournaments, players first need to create a GGPoker account. Signing up as a player on the platform is free of charge but it will cost you real money to play for money so it is necessary to make a deposit. The very first deposit made into any new account is awarded a match up bonus of 100% provided that it does not go beyond $600.

The deposit bonus awarded to players after they make the initial deposit is not deposited as a lump sum; players get it in installments of $10 dished out every time 6,000 Fish Buffet Points are earned or tournament fees or rake reach $60.

As a new player eager to take advantage of the many GGPoker awards, a successful career would begin by combining the deposit bonus and the honeymoon promotion on the site. This honeymoon promotion is open to new players during the first 30 days after they have created an account on GGPoker.

Playing at GGPoker has just acquired a new sense of prestige because of the high start facilitated by the package of welcome goodies. For the first 30 days of pampering on the platform for new players, there is nothing better to do than earn points from missions completed and rewards gathered. This is no doubt the best chance for newbies to try out gambling.

The battlefield is open to everyone and those that are brave enough to get in are rewarded first before they even know what is going on. GGPoker has a history of being generous with its players and this latest package is no surprise.