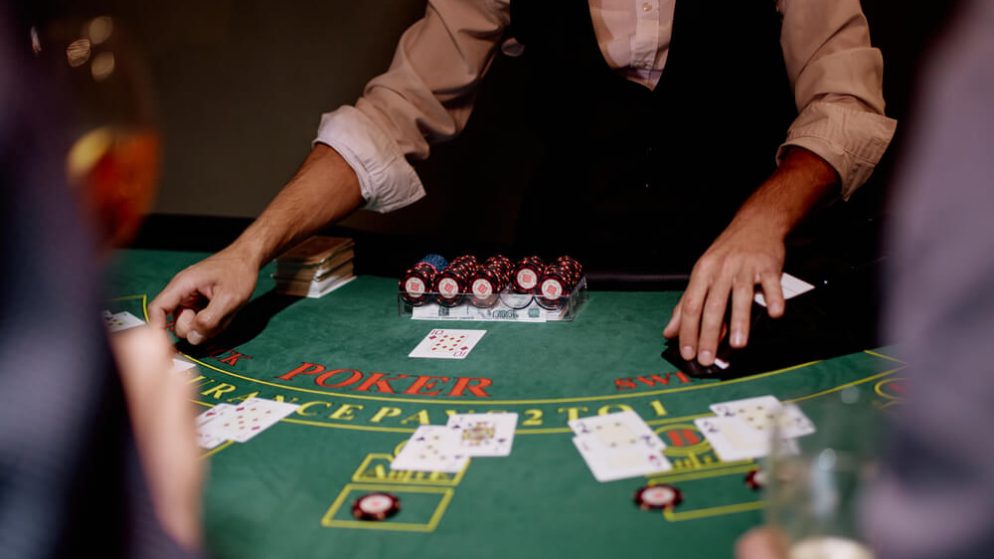 BetMGM is a popular brand in the sports betting and iGaming sector. With extensive operations within the United States market and initiatives for giving back to the community, the gambling leader is an industry influencer. BetMGM has recently announced that it would be hosting a Poker Championship that is scheduled to run between June 23 and 26. Poker players and fans better keep their calendar open for this one; debut events are as memorable as they are rewarding.

This will be the first ever event of this kind to be organized by the veteran sports betting company. The choice venue of the debut event will be the Las Vegas based ARIA Resort & Casino; this is also where the 2022 ARIA Poker Classic will be held. The Premiere BetMGM Poker Championship will be the first event in a series of poker events which will be held by BetMGM at the same location.

Speaking on the upcoming event, the Director of Poker at BetMGM, Luke Staudenmaier, commented on the mood of the BetMGM management on unveiling the championship. According to Staudenmaier, this will be the first event of its kind and even more exciting is the fact that it is coming to Las Vegas at the peak of the poker season in the state. It is an important move nevertheless because poker is growing in popularity and more events are necessary to keep players interested in sharpening their strategy. BetMGM will now join the yearly poker calendar that has for a long time been dominated by PartyPoker Casino and others.

Those who are familiar with poker events will have an idea of the high ranking that the ARIA poker brand enjoys in the market. It is for this reason that the management of BetMGM is thrilled at the thought of the championship being integrated into the upcoming Poker Classic. Owing to the close relationship that exists between BetMGM and MGM Resorts, such partnerships are going to continue as the gambling wing leverages event programming to get closer to its players.

To participate in the BetMGM Poker Championship at ARIA, aspiring championship winners will need to part with a buy-in of $3,500. This is an excellent opportunity for no limit hold ’em poker variant enthusiasts to lean in and enjoy the heat of the action as they make plans on how to spend their portion of the $1 million guarantee. In a month’s time, BetMGM Casino will be running a Poker Mystery Bounty for poker players who are willing to part with a buy-in of $600. This will be the first time that ARIA will be using this approach on a live tournament of knockout poker.

Poker fans that might be eager to take part in the BetMGM tournament will be treated to a series of daily qualifiers on a rolling basis. Some players will also benefit from weekly satellites that will only spend a fraction of the main event buy-in to gain access to a shot of the championship. BetMGM plans to dish out award prize packages to about 15 poker players draw from every live poker market in the US. The hefty package will include among other things a buy-in to the BetMGM Poker Championship, cost of a five-night stay at ARIA, and travel expenses.

Even though the BetMGM brand is spreading out into new markets, the company is not loosening its grip on responsible gaming information. As has been its tradition for several years already, the brand is continuously releasing resources which are believed to be beneficial to all casino players. One of the most successful initiatives for which BetMGM is known for is GameSense. This is a program that has so far performed really well in the gambling sector. The operating license of the application can be traced back to MGM Resorts courtesy of the British Columbia Lottery Corporation.

Are you a casino player who believes that they would make use of a healthier gambling routine if it was made available to them? The first step is to create a player account with BetMGM followed by navigation to the GameSense portal. The application has been optimized for both mobile and desktop computer devices. Allowing players to access it from wherever they are. There are plenty of responsible gaming tools that players can take advantage of without too many clicks on their devices.

Accessing BetMGM events is easy especially for players who have the BetMGM Poker app. It can be downloaded by both Android and iOS users for those who would like to bring it along wherever they go. Desktop users can also access the betting platform without the need to download anything on their devices.

It is impossible to speak about the gaming industry in the United States without mentioning the contribution of veteran brands such as BetMGM. A joint venture between Entain and MGM Resorts, the company has direct access to MGM’s online gaming resources and casino technology as provide by Entain. This is the muscle that allows BetMGM to control such a huge portion of the New Jersey sports betting market where it operates from.

By allowing BetMGM to command the gambling market, MGM Resorts is able to concentrate efforts on growing its iconic market presence through tourist destinations and hotels globally. MGM boasts of a diverse portfolio of entertainment properties in and outside the United States. Their range of retail offerings, nightlife, restaurants, meeting spaces, and betting spaces can only be described as best-in-class.

Through the 50/50 BetMGM joint venture, MGM Resorts is currently working on scaling its operations into Asia through Japan’s integrated resort opportunity. Through its philosophy of, “Focused on What Matters: Embracing Humanity and Protecting the Planet,” MGM Resorts is committed to the creation of a sustainable future while at the same time working hard to make a difference for communities, guests and employees. The efforts that the company has invested in to fulfill its mission are already bearing fruit; MGM Resorts has been recognized as a FORTUNE® Magazine’s World’s Most Admired Companies®.