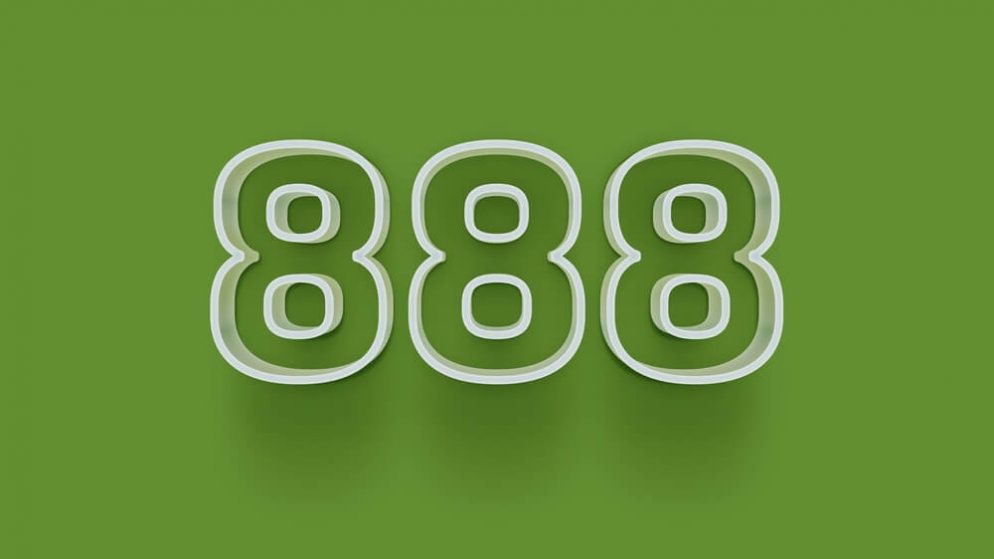 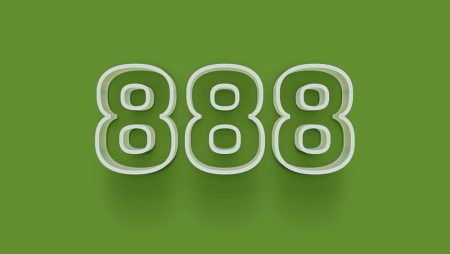 Environmental conservation is a hot topic in the global arena and many businesses are actively involved in the process. For 888, their contribution to this agenda will be in the form of adopting the use of biodegradable chip bags. In a partnership with ECOSEC, the betting operator will now only be offering biodegradable chip carrier bags during 888LIVE events. For the online betting and gaming brand, the environmental conscious changes will be effected at the upcoming 888poker LIVE Barcelona event.

It is not a debate that poker players should be provided with a safe and convenient way of carrying their gaming chips. By working together with ECOSEC on providing a solution to this need, 888poker will be getting biodegradable bags from their partner for use by their customers.

The bags have been constructed using a Low Density Polyethylene material which allows for decay once the bag is disposed. This is a great conservation move by the casino because it will discourage littering and choking of environmental systems as a result of using single-use plastic which is harmful to the environment.

This partnership as well as the initiative they are propagating is the first time that a top-tier poker operator is going to use biodegradable chip bags during an event. It is believed that the upcoming Barcelona event by 888 will be the start of a series of events and appearances into other 888LIVE events.

Starting an eco-friendly movement through poker

According to a public statement from the NJ online poker giant, the goal of 888LIVE is to achieve net zero carbon emissions by 2030. The management of 888LIVE has been working on a setting up a sustainability framework with a focus on running future proof operations. This move is part of a campaign by the company which is dubbed, “Made Greener” initiative that is housed within the said framework.

By buying the biodegradable bags for the first time, 888poker will have removed 13 kilograms of plastic waste from circulating within the environment. The management of the poker powerhouse has also announced the branding of the bags with the 888poker LIVE and 888poker logos. Poker players have been invited to share their progress during the tournament via a QR code that the organizers will have printed on the bags. Given that social media is such a huge platform for sharing emotive updates, players will have the freedom to post and update their status using #888pokerAgainstPlasticPollution.

According to SVP–Head of B2C at 888, Shai Tabibian, the organization takes pride in being the first company in the gambling industry to enter into a partnership with ECOSEC to drive its progress environmental sustainability initiative. The management of 888poker considers partnerships such as the one they have recently formed as a win-win for both parties. By deliberately working towards minimal impact on the environment, efforts at conservation will not only be effective but long-lasting.

The use of plastic chip bags in poker halls is as old as the poker game itself. After many years of doing the same thing, any changes might be hard to implement but the end will definitely justify the direction being taken. Tabibian is optimistic that many more poker service providers and facilitators will follow sit to make the impact even greater.

What about the 888poker LIVE in Barcelona?

Poker players and fans who will make it to the 888poker LIVE Barcelona event will witness first-hand the use of biodegradable chip bags for the first time. The event which has been scheduled to run for 12 in May, will be remembered in history as the first ever event to have used the bags. For players that would like to be a part of poker history, 888poker has announced the availability of a Main Event qualifier on their online platform. The cost of a buy-in is $109 and interested players can access the opportunity through the live events tab under the tournaments section.

By competing in this special event, players stand a chance of winning special prizes. One of the packages that are up for grabs is the cash prize of $1,250 that is the equivalent cost of the Main Event buy-in to the upcoming Barcelona poker tournament plus accommodation for three nights worth $550. Another component of the coveted package will be an extra $400 that the lucky player will have added to their 888poker account. Also inclusive in this package is 888poker LIVE kit.

For a company that has been in the gambling business since 1997, 888 poker‘s reputation is an indication that the brand is doing the right thing. It is extraordinary that this brand has been in the same trade for such a long time considering the high competition in the gambling space. Its many years in the industry not only translate to immense market experience but also perfection of best practices; no wonder it is on the list of the most trusted poker brands in New Jersey.

888 Casino operates on a Gibraltar license that was issued upon certification by eCogra. In the course of its many years in business, the casino has scooped numerous awards and recognitions. With an estimated population of more than 25 million players globally, 888 Casino is among the largest online casino brands. The casino is also the only brand of its kind that has online operations in New Jersey, Delaware and Nevada where gambling operations are regulated by the state government.

888 Casino has been offering gambling services for more than two decades now. This puts it in the league of betting brands that have influence beyond the power of their games. By coming up with an initiative that promotes a cleaner environment, the operator is well within its position as an influence. Hopefully, this is going to inspire others of the same caliber to think of ways of giving back to the markets that promote them.