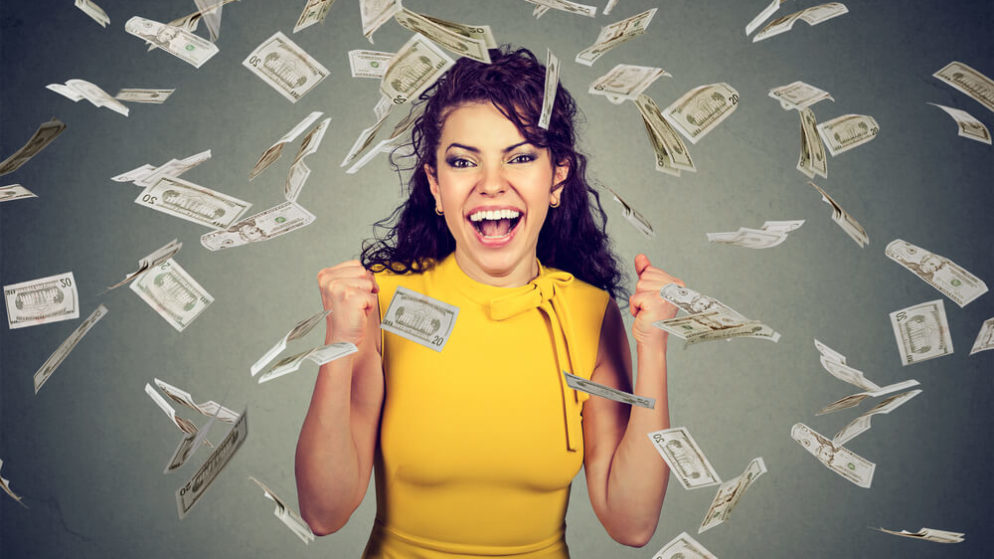 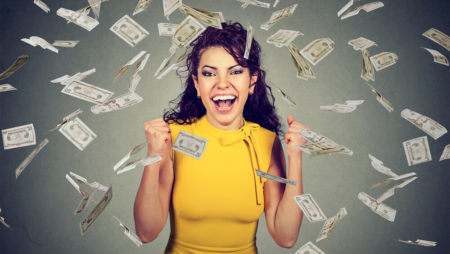 The biggest win during a terrible year, $5.1 million, came on on August 9. That’s when a lucky player on the online Unibet casino hit a life-changing jackpot on the Divine Fortune slot game. Unibet is partnered with Hard Rock Atlantic City.

With Atlantic City’s nine casinos forced to close from mid-March until July 4 weekend, due to the government’s COVID-19 restrictions, the online casinos saved helped save the city. In fact, the casinos are still limited to 25% capacity for both the casino floors and restaurants, which obviously reduces revenue.

The runner-up for big, online casino wins, was $3.3 million on July 27 on the “The Big One Colossal Cash: Luck’O’Jackpot” slot game played on Borgata’s mobile partner, PlayMGM.

But one lucky winner actually ventured inside the Bally’s Park Place Casino in Atlantic City on January 19, winning $2.6 million on a Wheel of Fortune penny slots machine.

Unibet isn’t the Only Winner

Two of the biggest brick-and-mortar wins happened at the Atlantic City Tropicana. On July 13, shortly after the casinos were allowed to reopen, a Monopoly 3RM game paid one lucky winner $902,000, while a Wheel of Fortune slot machine paid $899,000 out on December 12.

A million-dollar jackpot was also awarded to a Pillars of Asgard player on May 20 on the Golden Nugget online casino.

The seventh and 10th-largest payouts happened on the Borgata online casino; on February 1, one lucky player cashed out $800,000 on Game King Double Double Bonus Poker and another player won $500,00 on a Double Diamond game.

DraftKings’ new online casino had a $612,000 winner playing roulette on December 11, for the eighth biggest win of the year.

At the Golden Nugget’s partner, PlaySugarhouse, a Slingo Reel Extreme player cashed out $503,000 on January 19.

What Qualifies as a Big Jackpot?

Gaming officials in New Jersey say that $50,000 is the threshold for a big jackpot.

The very first million-dollar online casino jackpot was hit in 2015 on Valentine’s Day; that’s when a $500 wager on the Let It Ride game, played on the Betfair Casino, turned into $1.5 million.

In 2019, there was only one million dollar win; a Golden Nugget patron took home $1.1 million playing a Wheel of Fortune machine.

2020 Was a Bumper Year for Big Jackpots

October 24 and October 25 were very lucky days for players in New Jersey. On October 24, seven players won $50,000 and one player won $60,000. Amazingly, all of those wins happened on the Betfair Casino and all were playing Blackjack Classic Touch.