5 Things You Should Know About Trump Plaza in Atlantic City

by Bob Johnson
4 months ago 63 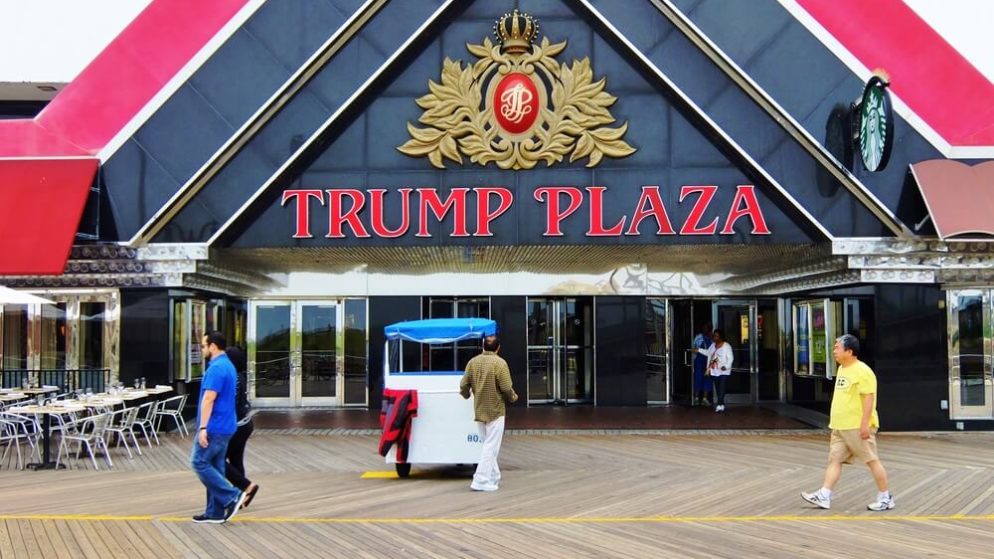 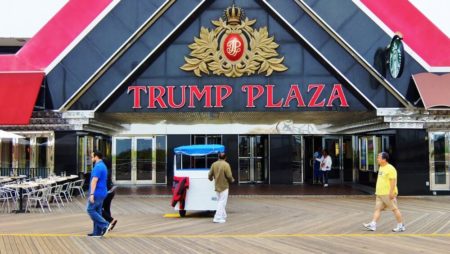 Long before Donald J. Trump was elected president of the United States, he was the star of the Atlantic City casino scene with the glamorous Trump Plaza.

In 2001, the Trump casino floor formed the backdrop for a scene in Ocean’s Eleven. In the film, Danny Ocean (George Clooney) attempts to recruit Frank Catton (Bernie Mac) at the baccarat table at the Trump Plaza Hotel and Casino.

Back then, the Trump Plaza was the glittering, gold-plated centerpiece of the Atlantic City Boardwalk. Trump Plaza hosted many star-studded parties, action-packed Wrestle Mania and WWF matches, and of course, big money high rollers.

Sadly today, and the glittering Trump Hotel and Casino is literally a crumbling facade. Chunks of exterior plaster are literally falling to the ground, causing a safety hazard.

The abandoned and crumbling Trump Hotel and Casino is scheduled to be demolished on January 29, 2021.

Before the 39-story hotel tower meets its demise, let’s look back at the star-studded past of Trump Plaza.

The Beginning of the Trump Casino Empire

Trump Plaza Atlantic City had its beginnings on May 15, 1984, as Harrah’s at Trump Plaza. The Trump organization oversaw the construction, but Harrah’s agreed to operate the casino property.

However, the Trump Organization was dissatisfied with Harrah’s performance, and bought Harrah’s out with $70 million, taking full ownership of the property.

At the time, the 61-story hotel tower was the tallest building in Atlantic City. The centerpiece of the property was the luxurious, gold-plated 60,000-square-foot gaming floor.

However, Trump Plaza was just the beginning of Trump’s big plans for Atlantic City.

Trump opened the Trump Castle the following year. Originally, the property was to be run by Hilton Hotels, but Hilton failed to get approval for a gaming license. The old Trump Castle is now the Golden Nugget Atlantic City.

In 1990, Trump topped even himself with the palatial Trump Taj Mahal; the Trump marketing team cleverly billed the hotel and casino as “The Eighth Wonder of the World.” The Trump Taj Mahal has since been sold and rebranded as Hard Rock Atlantic City.

Finally, in 1996, Trump purchased the former Atlantis Hotel and Casino, rebranding it as the Trump World’s Fair. That property has since been demolished.

A scene in Ocean’s Eleven is just a tiny piece of the glamorous, star-studded Trump Plaza story.

For example, Trump Plaza set the scene for the night that heavyweight champion Mike Tyson knocked out Michael Spinks in just 91 seconds. That night, NBA superstars Magic Johnson and Michael Jordan flew in to not only see the legendary fight, but to gamble in the casino.

In May 1990, the Trump Casino was also the scene of an infamous baccarat game in which Japanese high roller Akio Kashiwagi lost a mind-boggling $10 million. That incident was later moved to Las Vegas, and fictionalized in the film Casino.

The Trump Plaza also hosted the raucous WrestleMania IV and V, as well as the WWF’s marquee events. At that time, Hulk Hogan was the WWF superstar.

Of course, Mr. Trump also hosted the iconic Miss America Pageant and Parade at his properties in Atlantic City.

While celebrities and high rollers enjoyed the good times at trump plaza, behind the scenes, the casino struggled financially. Several economic downturns and bankruptcies prevented Trump Plaza from turning a profit.

By May 2011, Trump Entertainment Resorts decided to either renovate and expand the casino, or sell it. Billionaire Carl Icahn, the senior lender for Trump Plaza’s mortgage, eventually obtained the property. However, Icahn never did anything with the property, allowing the building to literally fall apart.

In August 2014, Mr. Trump filed a lawsuit demanding that the Trump name be removed from the building, because Icahn had allowed it to fall into disrepair, in violation of the licensing agreement. Just a month later, the Trump Plaza permanently closed. The Trump Plaza was the fourth casino in Atlantic City to close that year, following the Showboat, the Atlantic Club, and Revel.

While many see Trump Plaza as Donald Trump’s failure, it should be remembered that the Atlantic City casino industry was struggling at the time. Competition from neighboring states that had legalized gambling heavily impacted the resort town and its casinos. Four of Atlantic City’s twelve casinos went out of business, including Trump Plaza.

However, what makes the Trump Plaza special is its location; the property is at the center of the Boardwalk. Sadly, it’s abandoned and falling apart, further soiling the image of the seaside resort city. Despite sitting on prime real estate, Icahn failed to find a buyer.

Once the Trump Plaza is imploded and the wreckage is cleaned up, what becomes of the property remains to be seen.

Once cleared, Icahn will possess 10 1/2 acres of prime, beachfront property with a fabulous view of the Atlantic Ocean. However, another casino built on that land is highly unlikely due to a deed restriction.

The owners of the former Atlantic Club, Showboat, and Claridge face similar restrictions.

Mayor Small has proposed a family-friendly hotel and entertainment complex. In fact, the owner of the old Showboat, Bart Blatstein, is going in that direction with plans for a $100 million indoor water park.

Ideas for the Old Trump Plaza

Some think that building an esports arena makes sense, since the state is poised to pass esports betting legislation. Also, with Twin River Worldwide Holdings and Esports Entertainment Group forming a partnership, an esports arena would be an investment in the future.

Developers are also looking at what the Atlantic City market overall needs. With the popular Rainforest Cafe and the Tanger Outlets just a few steps away, focusing on something that appeals to those customers could be successful.

Also, the former Trump Plaza parking garage will not be demolished, leaving the property with plenty of parking.

Right now, demolishing and clearing the property is the priority. It’s a big task that will take months. In the meantime, the city planners of Atlantic City have a lot to consider, when it comes to replacing Trump Plaza.