The End of the Trump Hotel in Atlantic City Is Here 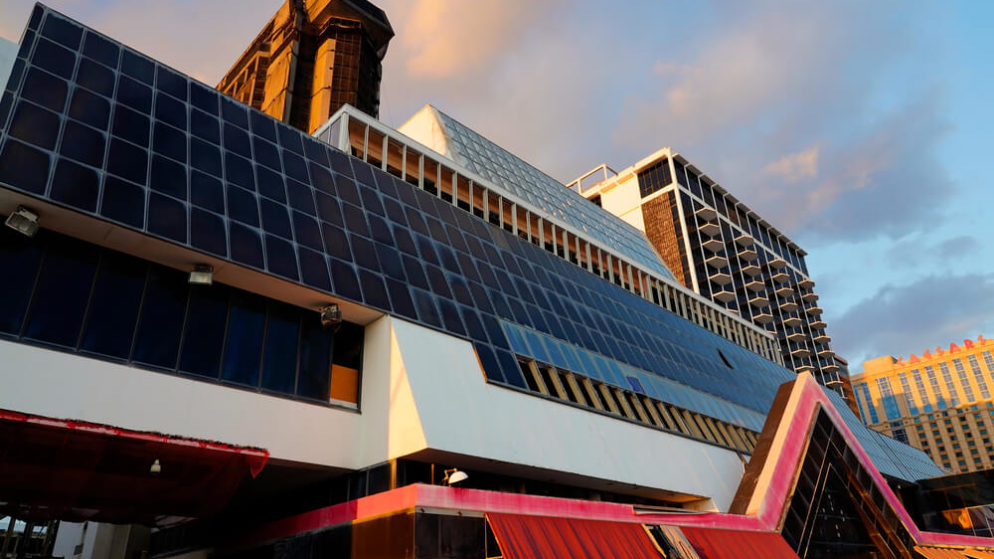 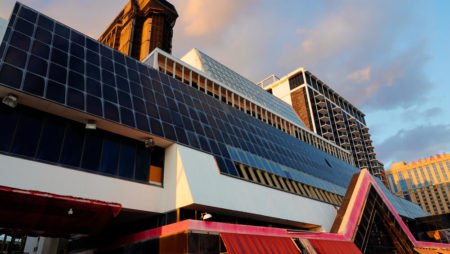 The Former Atlantic City Trump Hotel is scheduled to implode on Feb. 17th, thus signaling the end of the Trump era in Atlantic City. The Trump Hotel will be wiped out from the city’s skyline bright and early at 9 a.m. according to reports from the city mayor’s office. The implosion of the once behemoth casino has been in the works for years as we’ve covered here but it’s only now that the city is finally taking action.

Established as a 39 story casino resort at the heart of the boardwalk, the Trump Plaza was once one of the most successful casinos in the city. However, after various scandals and bankruptcies, Trump disassociated himself from his crumbling casino empire. By 2014, the only remnant of Trump’s presence in the Atlantic City gambling scene was his name emblazoned on each building.

The demolition process of the Trump Plaza is already in process with the crew working hard to clear what’s left inside as well as tear down parts of the exterior. Ultimately, the implosion will take place but it is not yet clear what the vacant lot will be used for.

Atlantic City’s casino Hotels past has been troubling

The demolition of the Trump Hotel is going to serve as more than just clearing the building from the skyline. It marks a symbolic new beginning for the future of the city, which is why there is an auction scheduled to make 10 front row seats available for whoever would like a front-row view.

The former president’s former casino marked a dark time in Atlantic City’s history. Before legal sports betting came in and changed Atlantic City’s fortunes for the better, things were looking quite bleak for some time. During the best of times, when Atlantic City was still America’s favorite adult playground, there were 12 casinos to choose from.

It used to be that gamblers in the country had only 2 options if they wanted to wager; Atlantic City and Vegas. The economic deterioration started as early as 1992 when other casinos elsewhere besides the East Coast started pursuing legal wagering. Indeed, it was Foxwoods Resorts Casino that started the era of gambling beyond Atlantic City, a trend that picked up faster than anticipated.

By the time the first casinos in Pennsylvania were opening their doors in 2006, the competition for Atlantic City had become too much. Pennsylvanian casinos started drawing clientele from the city’s casinos, which caused revenues to start plummeting for the first time in Atlantic City.

Things didn’t get any better when other neighboring states, namely, New York, Massachusetts, Maryland, Connecticut, and Delaware all started awarding licenses for casino operators. Casinos that couldn’t stand the heat from the regional competition had no choice but to shut down or be acquired by other larger more financially stable chains.

Slowly, the number of casinos started dwindling due to the economic downturn that was being experienced at the time, as well as due to increased competition from neighboring states that had since legalized gambling. The city tried everything it could to turn the tides, but nothing seemed to be working in its favor.

What was once the second largest gaming market in the country was slowly becoming a shadow of its former self. 5 casinos shut down operations in 2014, thus effectively bringing the city’s ritzy gambling mecca era to an end.

The Revel casino and resort, for instance, was once the piece de resistance of the then New Jersey Governor Chris Christie’s plan to revive the city to a Vegas quality experience started declining as soon as it was established in 2012. It filed for bankruptcy so many times until it was finally acquired and later re-branded as Ocean Resort Casino.

The Showboat had closed operations a few months earlier and the decline was being felt everywhere by the city. Losing casinos punched a humongous hole in the city’s budget, which caused high unemployment rates and unbelievable rates of crime further blowing the city’s reputation into the water.

Of former President, Trump’s Atlantic City properties, the first to take its final bow was the Trump Taj Mahal. When the Trump Taj Mahal started operating in 1990, it touted itself the biggest casino in the world, even though that was false. Financial problems started plaguing the casino as soon as it opened as Trump couldn’t manage to keep up with his $900 million per year loan payments.

By 2014 things had gotten so bad for the Trump Taj Mahal that it was eventually forced to file for bankruptcy until a billionaire by the name of Carl Ichan tried to save it. Trump Plaza, which was the first-ever Trump-operated resort and the largest in the city at one time, closed its doors soon after thus becoming the 4th casino during that year to do so.

In 2011, in an effort to turn things around, the state enacted legislation that consisted of all-encompassing deregulation and regulatory reform. This was supposed to help the casino industry cope with a market that had rapidly become competitive and saturated. Things seemed to be turning around in 2016 when the city started taking iGaming seriously. The city expanded its regulations to include mobile betting, skill-based games, as well as fantasy sports play.

The gambling sector has always been super competitive- that’s just the innate nature of the sector. However, if Atlantic City wanted to remain competitive, it had to find a way to stay on the leading edge of the industry. And it found a way of doing exactly just that after it legalized sports wagering in 2018.

Atlantic City’s fortunes have since changed and the city is now back to its former glory. Indeed, the Garden State keeps record after record when it comes to legal sports betting– a situation that is not going to change anytime soon as we’ve covered here. Now that the Trump Hotel is set to be demolished, the City is finally ready to cleanse itself and start its era of prosperity once again.