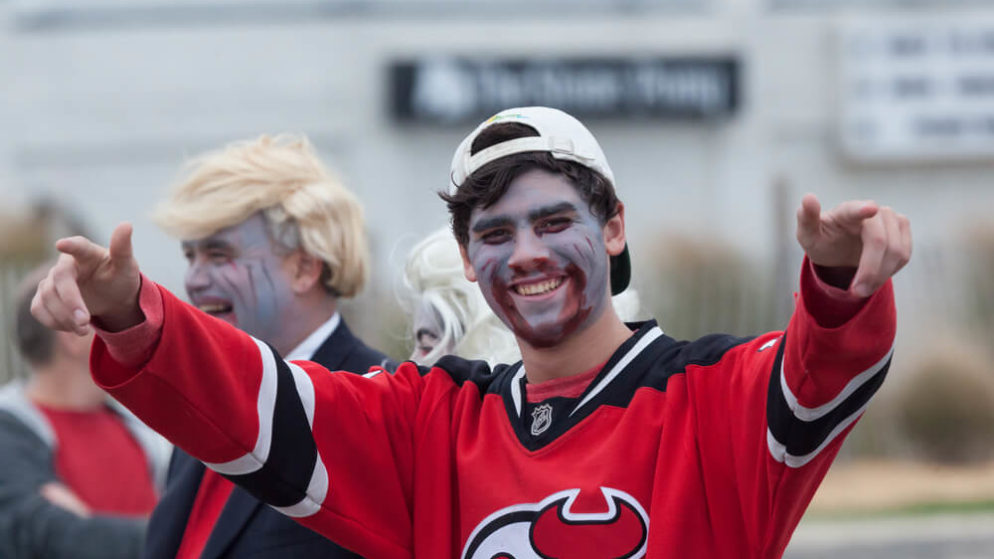 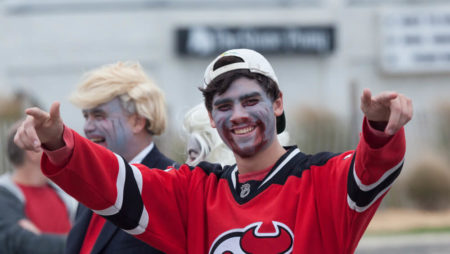 A PlayUp branded sportsbook at the Prudential Center, as well as a new club, the PlayUp Sports Lounge. Finally, the Australian operator will set up a content studio at the arena, to stream the Devil’s season preview show and pre-game shows.

PlayUp is just the most recent sports betting operators to partner with the Jersey Devils; others include FanDuel, William Hill, Caesars, and Unibet.

“We’re thrilled to partner with the New Jersey Devils and Prudential Center for our first-ever US sports team partnership,” said PlayUp’s US chief executive, Laila Mintas.

“Our mobile sports betting app will be live in New Jersey soon, and engaging Garden State sports fans are very important to us,” explained Mintas. “This unique, digital partnership gives us several opportunities to connect with New Jersey Devils fans. We’ve been impressed with the team’s successful and innovative off-season content and we couldn’t be happier to join the Devils.”

Expanding into the US Market

Recently, PlayUp has raised $25 million to fund its expansion into the US market, through a non-renounceable entitlement. The capital raise was underwritten by Investorlink Securities, featuring a broad investor base from Australia as well as globally.

In addition to operating in New Jersey, the company’s sports betting app was approved for launch in Colorado, its first US state. It gained market access in Colorado through a partnership with Bull Durham Casino in Black Hawk. The Australian daily fantasy and sports betting company gained access to the New Jersey market through a deal with FR Park Racing, the operator of Freehold Racetrack.

TFR Park Racing is owned by Pennwood Racing, Inc, and the partners of Pennwood are Penn National Gaming, Greenwood Racing, and Parx Casino, in Bensalem, Pennsylvania.

Since last September, Freehold has been accepting retail sports bets at its Parx-branded sportsbook, and since 2019, the Parx online casino has operated under the Ocean Casino Resort license, but the Parx sports betting app has yet to launch.

“Parx Casino is delighted to partner with PlayUp in New Jersey as they premiere their expertise in online sports betting within the United States,” said Parx’s Senior Vice President of Interactive Gaming and Sports, Matthew Cullen.

While PlayUp’s sports betting app isn’t yet live in New Jersey, the company is offering customers in the Garden State a free-to-play option on their website. The newcomer isn’t expected to present a serious challenge to sports betting heavyweights like DraftKings and Fanduel, but the company is expected to gain a modest share of the New Jersey market once the app is live.

The company’s plan seems to be to expand its presence in Colorado and New Jersey, becoming a more recognized brand in the US legal sports betting market.

Since 2015, PlayUp has operated in the Australian gambling market, quickly becoming the market-leader in real-money fantasy sports. The Sidney-based sports betting operator  takes a ‘mobile-first’ approach, with the best-fixed odds offerings in Australia. The company has 300,000 registered customers down under, and generates AUD 270 million annually.

Beyond Australia, PlayUp is active in neighboring New Zealand, and has established its Daily Fantasy Sports platform in India as well. The US is now the company’s next target for growth. However, the company’s biggest market remains in Australia, where it is the largest and most recognized brand.

In the US, PlayUp has secured licensing and access to the online sports betting market, in two states, Colorado and New Jersey. But, once settled into those markets plans to launch into more states.