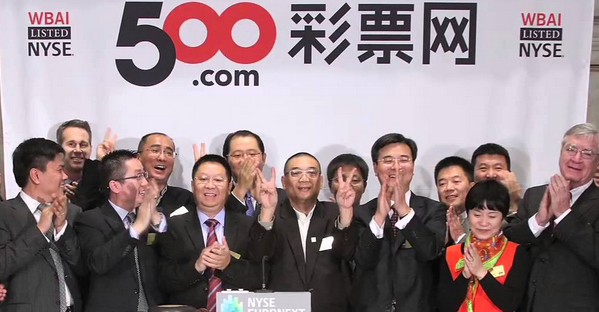 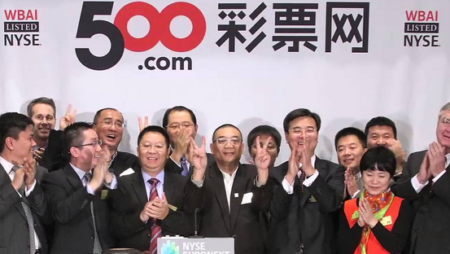 The big bosses at 500.com probably thought no one will ever catch them when they allegedly paid off at least one Japanese politician in Japan’s integrated resort race. However, the executives at 500.com quickly found out that their business model was unacceptable in Japan.

The China-based gambling company has fallen apart; their website is currently offline. In the wake of the scandal, the company dumped its chairman and CEO, and the gambling world has absolutely turned its back to the faltering company.

Worse yet, the company will also have to address a class-action lawsuit filed in the U.S., where 500.com is listed on the New York Stock Exchange according to GGR Asia.

A lawsuit filed by the law firm of Block & Leviton LLP, in the U.S. District Court in New Jersey, claims that 500.com committed securities fraud directly as a result of the Japanese bribery scandal.

The law firm asserts that 500.com concealed from investors the fact that its executives were engaged in bribery, to secure the rights to develop a casino resort in Japan. Block & Leviton added that when 500.com publicly acknowledged an internal investigation into the alleged bribery, that was enough evidence to support the lawsuit’s claims.


The law firm further indicated that anyone purchasing or acquiring stock in 500.com from between April 27, 2018, to December 31, 2019, is eligible to participate in the class-action lawsuit. December 31, 2019, is the date that 500.com announced its own investigation into wrongdoings. Attorney Mark Delaney said  “These corruption allegations are quite serious and our investigation is focusing on whether any illegal activity occurred which resulted in losses for investors.”

If Block and Leviton’s track record holds up, anyone who joins the lawsuit could be looking at a win when the case closes. The law firm claims in its press release that Block & Leviton LLP has been ranked number four among securities litigation firms by Institutional Shareholder Services for recoveries in 2017. The Block and Leviton have represented many of the country’s largest institutional investors as well as many individual investors when it comes to securities litigation throughout the United States. In fact, our lawyers have recovered billions of dollars for our clients.

500.com is attempting to save itself, and has announced that it’s hiring a Hong Kong-based law firm, King & Wood Mallesons LLP, as its legal advisor.

The intent is to have this law firm help with 500.com’s internal investigation. The investigation will look into the role played by 500.com’s former external consultants in the alleged bribery scandal, and the illegal money transfers following the arrests made by the Tokyo District Public Prosecutors Office.

The Chinese gambling company is coping with legal problems on several fronts right now. These legal and ethical problems will seriously hamper 500.com’s efforts in both the near-term and the long-term.

The Chinese company’s stock has also fallen from $9.45 to $7.96 on the New York Stock Exchange over the last month, and to add to the drama, the 500.com website is nowhere to be found.

In other scandalous news, the Astros cheating debacle is making some sports-books refund bettors this week.