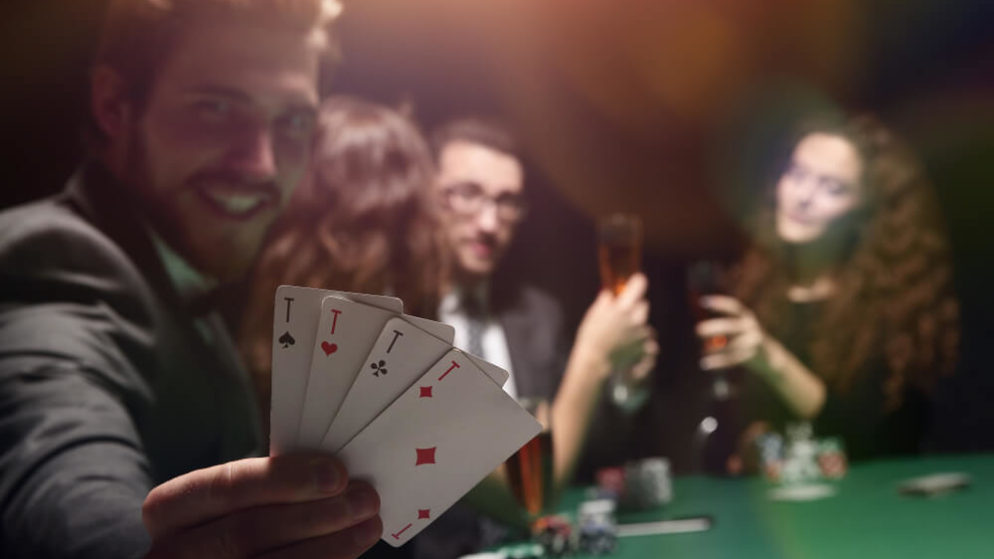 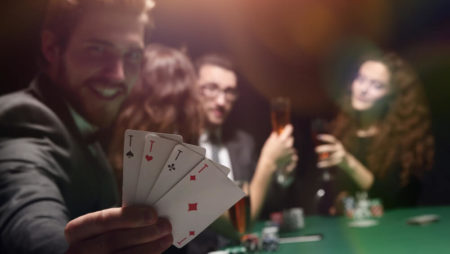 Fortunes have changed for a man from Monmouth County after he hit the jackpot at a casino in Atlantic City. At a progressive poker game that took place on a Saturday in New Jersey, the now millionaire walked away $1.1 million richer. To the surprise of many who witnessed this historical moment, Frank Nagy only invested $5 of his money as a wager.

Not the type to enjoy all his good luck by himself, Nagy extended a hand of generosity to the dealers of Tropicana Casino. His was however not the regular tips that staff of casino establishments are used to; he offered $50,000 as a tip. The tip was to be shared amongst all dealers who were on shift during his win and in a way changed their lives too.

For Frank Nagy, his many trips to Tropicana Casino where he had gambled for a long time had finally born fruit. The management of the casino were excited that this win went to a customer that they had interacted with for a long time. Steve Callender, who is Caesars’ Atlantic City regional president, expressed his thrill with Nagy’s achievement.

How was the progressive jackpot structured?

3 New Jersey casino outlets hosted the progressive poker game; Tropicana, Harrah’s Resort and Caesars all of which operate out of Atlantic City. Eligibility for the jackpot began by trying out any of the qualifying poker games.

The opportunity to win the mega jackpot rode on the games; Let It Ride, Four Card Poker, Three Card Poker, Mississippi Stud Poker, Texas Hold’em Poker and Ultimate Texas Hold’em. All the eligible games were present in every section of the casino that had a dealing table.

In the state of New Jersey, all income earned as a result of gambling must be taxed. According to the provisions of N.J.S.A. 54A:5.1(g), this applies all gambling activities whether legal or not. Before 2009 however, income sourced from gambling activities was not subjected to tax.

If the prize award from a lottery win exceeds $10,000, the tax rules will apply and the amount considered gross tax amount. This means that tax is charged per event rather than cumulative total for a certain year. For instance, a person who wins a New Jersey based lottery twice in the same year and the prize per instance is $7,000 and $5,000, these wins will not be taxed.

The law has since been clarified following a 2016 amendment; casinos are now required by law to withhold tax on behalf of the authorities as follow;

The government of Phil Murphy would further change the gambling taxation laws to collect more revenue for the state. In 2018, the new regulations stated that any winnings above $5,000 would be subjected to a 24%withholding tax facilitated by the respective casino. According to Bill Smith who is the MD of CBIZ MHM tax office in WA, gambling wins are taxed like ordinary income.

In the same way that winnings are treated in the state of New Jersey, it applies to losses too. Any loss incurred is cancelled against any winnings for that respective gambling period. A taxpayer is allowed to produce paperwork to support claims of losses incurred during gambling. Losses may include but are not limited to those incurred playing and lost bets.

While there is no requirement to state the rider on which the winnings occurred, taxpayers in New Jersey must clearly mention all instances of losses and winnings. It is required that these claims are made on a statement to support them such that if the return comes up for audit then all possible queries will have been addressed.

The gaming experience at Tropicana Casino

With the excitement of being able to gamble openly without negative repercussions from the law still rife in New Jersey, it is expected that most players will want to converge at the physical gambling locations. Well, it is the Covid-19 era and not everyone can be accommodated ‘inside.’

The decades of experience as a gambling spot that takes care of its players can also be experienced online. Players receive high quality customer service because that is what the casino has perfected over time. At the Tropicana, the experience is all about enhanced winning chances and entertainment in all aspects; the choice of games to play is spectacular.

Responsible gaming at the Tropicana

In an effort to support its players to develop and maintain healthy gambling habits, the casino regularly published material to promote responsible gambling. Printouts are pinned in all areas in brick-and-mortar establishments.

Some people are even not aware that they have a gambling problem – Tropicana casino offers an assessment quiz to its players to find out their status. Those who are found to suffer from a gambling disorder are supported, again by Tropicana Casino to recover.

The story of Frank Nagy might be a classic tale of rugs to riches but it is important to not lose sight of the bigger picture. An aged man now, Nagy has been playing consistently at the Tropicana. He has obviously seen many people win before him even some that joined the casino long after he did but he still continued to try. Unlike many who stake high to win high, Nagy remained stingy in his wagers – what much would $5 do? This is indeed a lesson of responsible gambling that many gamblers should learn from. Winning is not about the size of the bet but the consistency and enjoying the process – just ask Nagy!