Caesars Once Again Recognized for Its Corporate Social Responsibility Initiatives 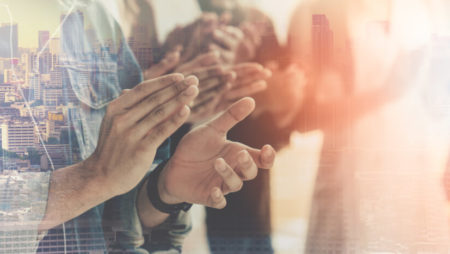 Caesars Entertainment, the biggest gaming, and entertainment company in the country, has been awarded prestigious recognition for its leadership in corporate social responsibility. During an unprecedented year with many challenges and setbacks, Caesars Entertainment proudly supported its team members and its communities.

“We often acknowledge the power our fabulous team members have to create guest experiences that form the basis for our lasting success at Caesars Entertainment,” said Tom Reeg, CEO of Caesars Entertainment. “That same power amplifies their commitment not just to our guests, but to each other. Also to the communities in which we live and work. It’s through the unfaltering work, compassion, and generosity of the team members that we make a positive impact that keeps growing each year.”

A Rising Star Among Responsible Companies

Rising 42 places from last year, Caesars now ranks at number 104 on Newsweek’s list of “America’s Most Responsible Companies.” Best of all, Caesars achieved first place in the Entertainment, Leisure and Dining category. Using publicly available social, environmental and corporate governance data as well as survey data from 7,500 Americans, Newsweek recognized Caesars as one of the best, out of more than 2,000 of the country’s largest corporations.

Global environmental non-profit CDP also awarded the American gaming company for its leadership in corporate sustainability. Caesars secures two places on CDP’s “A-List”; one for its efforts to address climate change, and one for addressing the issue of water security. Among the few companies that scored a double “A,” Caesars’ A-List status is based on 2020 data submitted to CDP. The data acknowledges a commitment to reducing Scope 1 and 2 emissions. Also, it acknowledges reduced water consumption across all its properties throughout the US.

Also, for the 14th consecutive year, Caesars received a perfect 100% score from the Human Rights Campaign Foundation’s Corporate Equality Index. Caesars is among the “Best Places to Work for LGBTQ Equality”. The index is a national index of corporate policies and practices pertaining to LGBTQ employees. It covers criteria such as inclusive benefits, workplace protection, responsible corporate citizenship, and supporting an inclusive culture.

The company also has been acknowledged as a “Top 35 Corporation Star” by the U.S. Pan Asian American Chamber of Commerce Education Foundation. That honor recognizes Caesars’ generous support in the organization’s growth and for establishing it as a leader in the sector.

Following the recent merger of Caesars Entertainment and Eldorado Resorts into its newly-expanded network, the company looks forward to further developing its ongoing commitment to economic development, as well as improving the quality of life for its team members and their families. Likewise, Caesars plans to deepen its commitment to the community and society as a whole.

Since its humble beginnings in Reno, Nevada, way back in 1937, Caesars has continuously grown by developing new resorts, as well as expansions and acquisitions. While the resorts primarily operate under the Caesars brand, the company also owns the Harrah’s, Eldorado, and Horseshoe brand names.

Caesars Entertainment offers a full range of amenities as well as one-of-a-kind destinations. Moreover, the company places a keen focus on building loyalty and value with its guests. The resorts are known for impeccable service, operational excellence, and technological leadership. Finally, Caesars Entertainment is committed not only to its team members, but also to its suppliers, communities, and the environment.