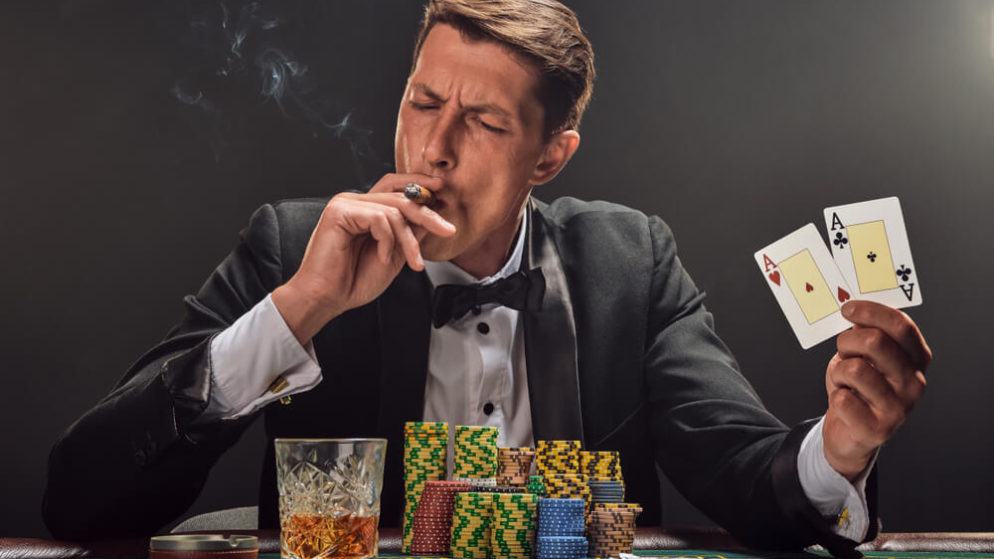 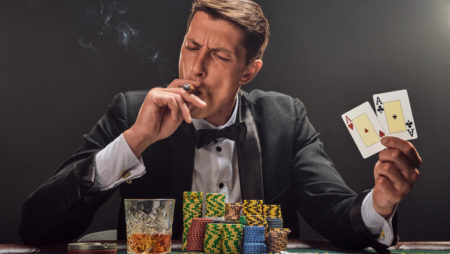 New Jersey is banning casino fun; drinking, smoking, and eating are all banned, as the Atlantic City casinos get back to business after 3 months of COVID-19 shutdowns.

Atlantic City isn’t new to banning casino fun; they tried Prohibition before, back in the 1930s. It didn’t work out so well back then; Nucky Johnson, Atlantic City’s legendary politician and raconteur, built a Boardwalk empire on speakeasies and moonshine.

But New Jersey apparently hasn’t learned its lesson, and will ban both again. When Atlantic City’s casinos reopen after three months of COVID-19 shutdowns, The folks in government will be busy banning casino fun.

The dead-of-night pronouncements from Governor Phil Murphy landed on Atlantic City’s casino industry like a one-two punch. Atlantic City is already reeling from lost revenue during the governor’s mandated shutdowns, and the last thing the city needs is the government banning casino fun. As it is, the casinos, restaurants, and even retail shops are limited by the state-mandated 25% of normal capacity.

“No booze? Then no one is coming,” scoffed Bob McDevitt, president of a casino employee union. “I really don’t think they should open. Why should they?”

Most casinos had planned to reopen the first day the state allowed, July 2,. But that was before they realized they could not allow their patrons to drink, smoke, or eat inside the casinos. The didn’t know the “phased reopening plan” included banning casino fun.

Atlantic City’s best-performing casino, the Borgata, folded the losing hand; the Borgata announced it was delaying its reopening plans for the foreseeable future. The Borgata decided to wait until the politicians in Trenton stopped banning casino fun.

On June 30, casino heads got together and called staff meetings, seeking to try to decide whether it was worth it to reopen. The Tropicana, Resorts, Ocean, and Golden Nugget casinos decided they will reopen July 2.

As of June 30, President of Hard Rock International, Jim Allen, said that the Hard Rock Atlantic City still planned to reopen its casino on July 2. However, no final decision had been made.

“This is a big turnaround,” said Allen. Like the other eight casinos, Hard Rock had been making plans to reopen that included drinking smoking and indoor dining as an integral part.” Hard Rock, or any of the nine Atlantic City casinos, did not expect banning casino fun.

On June 30, Governor Murphy said the casinos will just have to live with a new reality until he says conditions have improved. “This is not a life sentence,” he said. “We would like a full-opening, we’re just not there yet.”

Before the COVID-19 shutdowns, Atlantic City had begun to recover, reclaiming its former glory as the country’s No. 2 gambling destination, right behind Nevada.

Nevada casinos reopened almost a month earlier than the Atlantic City casinos, with many similar health protocols; mandatory masks, temperatures checks for guests and workers, and hand sanitizer stations were all required. However, drinking, smoking, and eating were still allowed.

Many complained that the governor was simply banning casino fun, sucking the life out of the casino experience. However, a small minority defended the decision due to public health. A few said they were canceling long-planned trips to the Jersey Shore, and some said they would take their business to casinos in Pennsylvania.

However, some vowed to come to Atlantic City anyway; these determined gamblers would mix drinks in their rooms and make sandwiches for dinner. They would defy the governor’s orders banning casino fun.

Another consequence of the bans, they also reduce the number of casino workers who can return. Bartenders, cocktail waitresses, and indoor restaurant workers comprise thousands of the workers that had been laid-off or furloughed.

In fact, McDevitt had predicted that 60% of his union’s members would return to work this week. Now, he figures as few as 30% may go back to work.

According to the mandates, casinos can offer outdoor dining. Those with outdoor decks, beach bars, or Boardwalk seating definitely plan to offer it. Alcohol will still be available in liquor stores and other businesses.

However, the last thing casinos want is gamblers leaving their premises, for any reason. Casino resorts are supposed to offer everything a visitor could desire, including smokes, drinks, and fabulous food.

Murphy said he reversed his decision on indoor dining due to the never-ending outbreaks in other parts of the country. This is despite New Jersey seeing a significant reduction in the number of COVID-19 cases.

A huge portion of Atlantic City’s casino patrons drives in from New York, which leads the country in total coronavirus cases.

Murphy also scolded the crowds at popular places along the Jersey Shore, saying they have not been wearing masks or following social distancing mandates.

That scolding angered many in the casino industry.

“What is this? A Catholic school? A few of people misbehave, and the entire class gets punished,” McDevitt jeered. Banning casino fun defeats the point of going to Atlantic City.