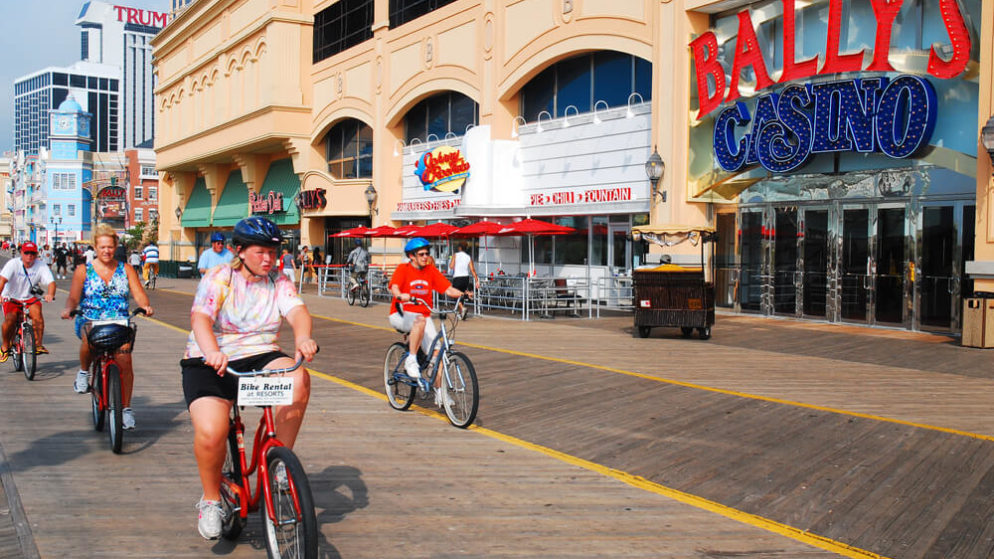 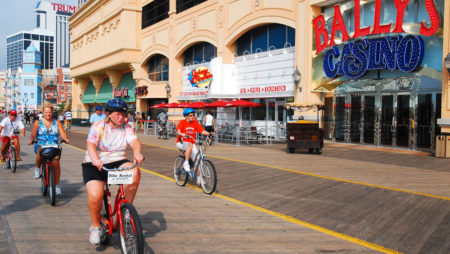 Once the transition is complete, Twin River will be able to give the 30-year-old Bally’s Atlantic City desperately needed capital upgrades. Moreover, Twin River will gain access to the lucrative New Jersey sports betting and casino market, both brick-and-mortar and online.

The Book at Bally’s was not part of the deal between Twin River and Caesars Entertainment; Caesars will keep Atlantic City’s biggest and most profitable sportsbook. The 15,228-square-foot sportsbook is within Bally’s Wild Wild West Casino, and forms a bridge between Bally’s and neighboring the Caesars Hotel and Casino. The sportsbook will continue to connect both hotel/casinos once the sale finally closes. Likewise, Caesars’ online casino and the 888 mobile sportsbook will remain under the Caesars Interactive license.

Will the new Bally’s launch it’s own online casino and sportsbook?

It’s possible the new Bally’s Atlantic City will launch a Bally’s-branded app. Gamblers in New Jersey are familiar with Bally’s and its 30-year history in Atlantic City. Bally’s has become a trusted brand along the Jersey Shore. Moreover, every one of Atlantic City casinos has at least one branded online casino app, so it’s only logical Bally’s will follow suit.

To launch a Bally’s branded sportsbook and casino app, Twin River will need to partner with a technology company, such as SBTech, Scientific Games, or GAN. Those three tech companies are already approved by the New Jersey Division of Gaming Enforcement, and already provide the platform for other online casinos based in Atlantic City.

Second, Bally’s Atlantic City will need to form a partnership with an online sportsbook operator. Two potential partners are the Carousel Group and Betway Sportsbook. Both companies are eager to gain a foothold in the lucrative Atlantic City market.

Is a new Bally’s sportsbook in the works?

The FanDuel Sportsbook rules in New Jersey, operating under a license with Meadowlands Racetrack. FanDuel operates the highly profitable sportsbook near the MetLife Stadium in East Rutherford.

Sportsbook operator William Hill maintains partnerships with Tropicana Atlantic City and Ocean Casino Resort, as well as the Monmouth Park Racetrack. William Hill is another possible partner that is already approved in New Jersey. Whatever plans there may be for a retail sportsbook, Twin River will need to remodel the Bally’s casino floor to accommodate it.

Online gambling is the wave of the future

Retail casinos are great, but it’s only logical that Twin River will want a piece of the country’s hottest action, namely online gaming.

In April, New Jersey online casinos and sportsbooks raked in a record $80 million in revenue. That spike is due, in part, to the state’s coronavirus shutdown and stay-at-home orders. Furthermore, the Garden State’s online gambling revenue has seen month-over-month growth ever since its beginnings in 2013. Although Twin River is a late-comer to the New Jersey market, there’s no reason that it can’t make launch a successful online presence.