Atlantic City Casinos want Players Back – And In Safe Conditions

by Bob Johnson
3 days ago 8 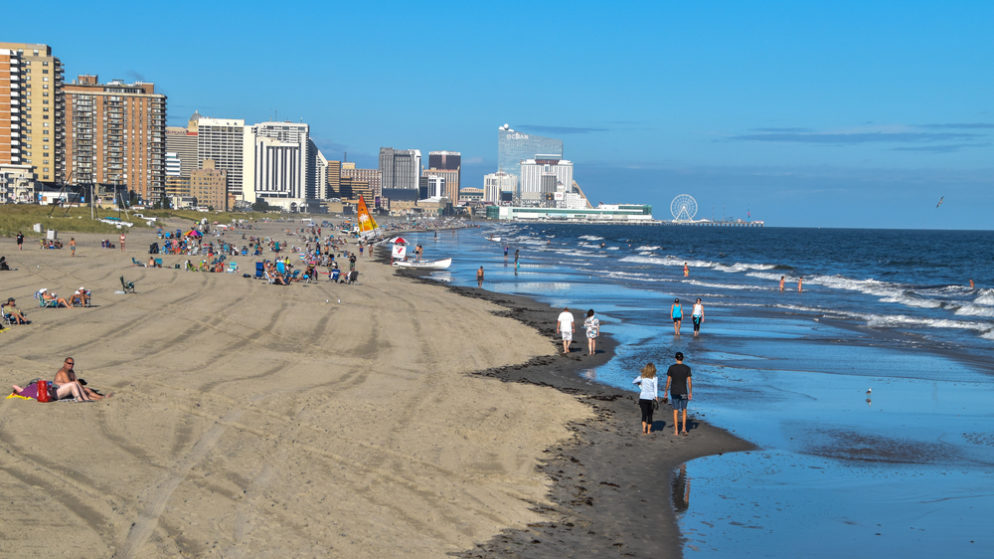 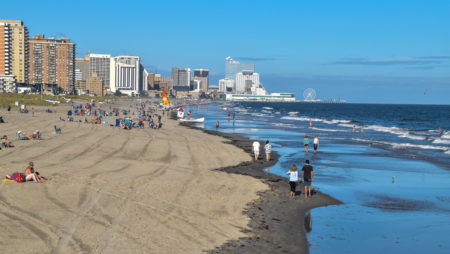 In early March, the coronavirus mandates shut down nearly every business in New Jersey, the Atlantic City casinos were particularly impacted. The city is dependant on tourism, and the casino shutdowns caused the worst unemployment in the city’s history.

The Atlantic City casinos and hotels were poised to reap the benefits of thousands of sports fans and sports bettors for the annual NCAA men’s basketball “March Madness” tournament. But all that was abruptly canceled. The situation continued well into the spring, and the Atlantic City casinos were only allowed to reopen, on a limited basis, on the July 4th weekend. The summer has always been the tourist season for the casinos ever since Resorts opened in 1978 as the first casino outside of Nevada.

Fortunately, as autumn arrived, Atlantic City’s casino industry seemed to be holding up better than expected, despite the devastating effects of the government-mandated restrictions.

“All of the operators have kind of been able to turn on a dime, reacting to some of the moving goalposts,” said Caesars executive Jim Ziereis, at a Stockton University event, “The Jersey Shoreview: Fall Tourism and Business Panel Discussion.”

The “moving goalposts” refer to, among other things, the unexpected order from Governor Phil Murphy to close all nine Atlantic City casinos on the evening of March 16.

Ocean Casino Resort CEO Terry Glebocki recalls, “I remember talking to someone on the Saturday night before who was wondering if closing was really imminent, and then just like that, we were ordered to close.”

But Glebocki noted that the state already had emergency regulations in place, that required emergency closures of Atlantic City’s casinos, such as events like Superstorm Sandy. So the casinos benefited from that fact. However, the casinos had never had to handle a closure of three and a half months.

One thing that also helped keep the Atlantic City casinos afloat were both online casino gaming and mobile sports betting. While the casinos were able to save around $276 million in revenue in the second quarter of 2020, mainly from online gambling, in the second quarter of 2020. However, that did not help the unemployment situation in Atlantic County.

This year’s revenue pales in comparison to the $826 million the Atlantic City casinos raked in during the second quarter of 2019. However, casinos in some states, such as neighboring New York, made no revenue at all, because they didn’t have a supplementary source of income, such as online gaming.

Surprisingly, table tennis proved to appeal to New Jersey sports bettors, due to its fast pace and the popularity of “in-game betting” that allowed for dozens of bets during a single match.

Atlantic City casinos, and the region at large, need in-person gambling to survive.

“I was anxious to reopen,” said Glebocki, “and it was helpful to see how casinos in other states were handling the crisis. And when we did reopen, we did it cautiously.”

However, once the Atlantic City casinos were allowed to reopen, one of the unexpected “goalposts” was the state’s requirement for plexiglass barriers everywhere. Glebocki said Ocean casino had focused on face masks and other protective equipment, but that plexiglass barriers were in short supply.

“We learned how to be flexible,” Glebocki said of the crazy days leading up to the reopening.

“We were pleasantly surprised by the results. Once we made it through July, we realized that it was working,” said Glebocki. “Every week, our goal since then has been to find one or two new things to add for our guests.”

During July and August, the casinos were able to generate $649.6 million in revenue, almost the same as the $656.3 million in August through September 2019. However, the 2020 revenue includes over $175 million from online gambling. The nine Atlantic City casinos have yet to reopen fully, and unemployment remains high. There was no indoor dining until September, and the capacity for both restaurants and casinos is capped at just 25% capacity.

The capacity restrictions have prompted Atlantic City casinos to get creative over summer, staging outdoor beer gardens and entertainment that still had to adhere to mask mandates and social distancing.

“That wasn’t something we had previously planned, but it’s worked out well,” said Giannantonio.

For example, Allen noted that many of the big spenders were staying in the resort’s luxury suites, which meant that room service could keep fine dining and expensive cocktails from the bar going.

Glebocki and her staff did walkthroughs all over the Ocean Resort property, to make sure that no matter where a guest was, a hand sanitizer station was within visual range.

The Hard Rock launched a “Safe + Sound” program that has more than 100 employees cleaning constantly, as well as more than 200 hand sanitizing stations and 750 signs telling casino visitors how to behave during “the new normal.”

Also, Hard Rock is one of the Atlantic City casinos requiring its workers to complete a health questionnaire every day before work.

During Giannantonio’s eight years as CEO of Resorts, the casino has completed $160 million in upgrades. However, the safety protocols at Resorts, while the highest priority of reopening, were also an unexpected expense.

Resorts spent more than $1 million on safety protocols, on things like installing bipolar ionization technology into the casino’s HVAC systems to kill bacteria and allergens.

Resorts owner Morris Bailey challenged Giannantonio to implement “the best safety protocols in the country.” In this “new normal,” safety protocols have become a key part of Resorts’ marketing efforts, as a way to convince people that yes, indeed, it is safe to go out.

While Giannantonio’s goal was to reopen as close to “real normal” as possible, Resorts has scheduled three-hour “slots tournaments” on Friday nights, and added a new digital roulette game.

Glebocki said Ocean Casino has a number of advantages that helped it; Ocean was the only Atlantic City casino to report an increase in on-site casino revenues in September; revenues were up 27% compared to September 2019.

As an independent property, with no corporate higher-ups dictating policy, Ocean was able to meet the unique challenges that Atlantic City casinos face.

One advantage that the Ocean has is the sheer size of the property. The spacious property has the extra space needed for social distancing. The Ocean also has the highest ceilings of any of the Atlantic City casinos, which psychologically provides comfort to pandemic-paranoid visitors.

A Different Type of Summer Visitor

Over the summer, hotel room bookings were booming at the Ocean Resort, said Glebocki. However, both Glebocki and Ziereis of Caesars reported that the hotel visitors over the summer was not really business as usual.

Ziereis said, “We saw a different mix. We had core customers who usually might have had a comped room, but they didn’t flock back because some of the usual amenities weren’t being offered. We sold more cash rooms than before.”

Glebocki also noted that many of the hotel patrons over the summer were not gamblers at all. With severely limited air travel, some who live within driving distance opted for Ocean’s wall-to-ceiling windows with gorgeous views of the Atlantic Ocean as a “staycation.”

Letting Up on Restrictions

Having survived a difficult summer and fall, Atlantic City casino executives had hoped for a relaxation of some of the state-mandated restrictions to make the winter more manageable.

On the wish-list is an increase in dining capacity, up to 50%, as well as resumption of conventions and meetings, at least on a scaled-down basis.

This would not only bring in more revenue, but also ease the region’s unemployment crisis. For example, Resorts still has 400 to 500 employees still out of work, something that Giannantonio calls “heartbreaking.”

But an apparent increase in COVID-positive cases across New Jersey prompted Governor Murphy to place even more restrictions on businesses in November. For example, closing indoor restaurants inside the casinos from 10 pm to 5 am, while the casino floors can stay open for gambling.

Meanwhile, Atlantic City’s casino executives are hoping for a better 2021.

“Hopefully, by next summer, since there is a vaccine, we’ll all feel a lot better about going out than we did before,” Giannantonio said. “But Atlantic City has always been about evolution. And as crazy as this has all been, once again, our casinos have proven that we’re adaptable.”