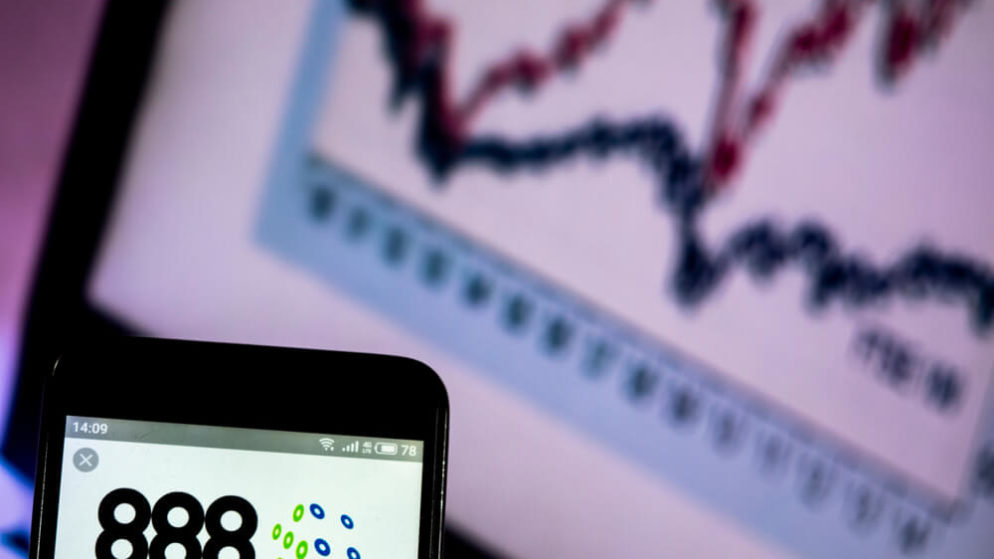 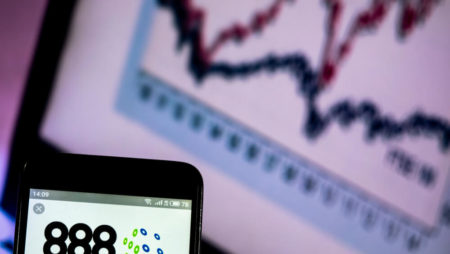 Business to consumer revenue for the first six months to grow to $361.3 million, with casino gaming growing by 48.2% to $260 million, making for the largest vertical. But poker was the 888 Holdings standout performer, with 888 poker revenue up 56.3%. Bingo revenue grew 8.2% to more than $21 million.

Due to the COVID-19 shutdown of major league sports, 888’s sports betting was the only vertical with a year-on-year revenue decline; but the company was able to limit that to just a 0.9% drop from the prior year. Before sporting events were canceled due to Covid-19, 888 sports betting revenue for January and February was up 22% year-on-year.

During the shutdown, many online sportsbooks, including DraftKings, FanDuel, and William Hill, substituted major league sports for eSports, table tennis, and even eating contests. Sports bettors embraced the unusual offerings, and had a better than expected response to the return of more typical sporting events in mid-May.

This resulted in June betting revenue 59% more than the prior year, helping to alleviate the overall decline for the period.

April saw 888 Holding’s unique sportsbook platform launch in Sweden, and other markets, including Great Britain, should launch early next year.

Meanwhile, 888 Holding’s business to business revenue rose from 20.3% to $17.8 million for the first six months.

“This outcome reflects 888 Holding’s continued robust level of customer acquisition, as well as general consumer trends towards increased use of online gambling services. This was especially during the Covid-19 lockdown, as well as 888’s aggressive focus on product leadership,” said 888 chief executive Itai Pazner.

If we look at revenue generation by market, all territories and countries posted year-on-year growth, except for Spain, where revenue fell by 2.1% to $32.6 million.

However, the largest single market was Great Britain, where revenue climbed 45.7% to more than $142 million. Contribution from the Americas’ was up 63.7% to $40.6 million, driven by robust B2C growth in New Jersey as well as better performance in Delaware. That number includes a 57% spike in non-US revenue from other markets in North, South, and Central America.

888 Bolstered Player Protection During the Lockdown

During the first 6-month period, 888 also improved player protection as countries around the world went into lockdown.

New algorithms were introduced to the company’s Observer software to closely monitor player behavior, prompting interventions from 888’s safer gambling team when necessary. The monitoring was supported by a campaign to promote responsible gambling, including emails showing how customers could keep gambling sustainable, as well as a social media campaign to raise awareness.

That period also saw more than double the number of 888 accounts restricted to protect customers. For example, bonus offers for UK players showing signs of gambling addiction were suspended, and reverse withdrawals were also suspended, as mandated by the UK Gambling Commission.

“We acknowledged early on that the Covid-19 lockdowns would have a financial impact on our customers across many markets and this called for an appropriate response from 888,” Pazner said. “Therefore, we were quick to increase our attentiveness to safe gambling and stopping gambling-related harm.”

888 Holdings also recorded several exceptional items, including $2.3 million in share benefits, and a $1.3 million provision for possible regulatory action related to legacy customer activity in prior periods. The company had originally set aside $4.1 million before that amount was reduced by $2.8 million by the company’s management.

Early in the second half of the year, the company set aside a provision of $1.5 million, due to a regulatory-related issue that arose during the previous period end.

The company also recorded a $1.6 million capital gain from the sale of Come2Play, a social studio owned by Scientific Games. This left a profit before tax of nearly $51 million, up 129.3%.

Looking Ahead for 888 Holdings

Looking forward, 888 Holdings indicated that it had traded ahead of expectations during the third quarter, with a 56% year-on-year increase of average daily revenue. The company expects EBITDA for the year to come in ahead of prior expectations significantly.

The second half of the year will see several product improvements, including a new poker product, and following its deployment in Sweden, the global launch of a new sportsbook platform called Spectate.

Moreover, 888 Holdings maintains its dedication to protecting its customers and preventing gambling-related harm. The company plans to launch a new safe gambling feature called the Control Center during the second half of 2020.

However, the 888 board cautioned that a prolonged period of economic uncertainty following the Covid-19 lockdowns could seriously impact the discretionary spending of consumers, causing increasing headwinds.

Nevertheless, the board of directors remains confident that the company’s unequaled technology and diversification across its products and global markets, will keep 888 Holdings well-positioned for continued progress.