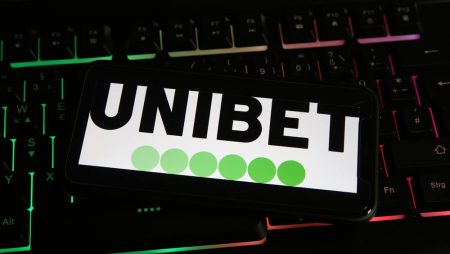 Playtech and Unibet have entered into a multi-state agreement, thus giving Playtech’s casino software access to thousands of new customers in different states. As a result of this partnership, Playtech will provide Unibet with its innovative RNG Casino software in the Garden State, with assured entry into more states set to follow in the next few months.

Playtech has been making major strategic moves and partnerships that have allowed its expansion into the US to be seamless. Playtech is one of the most popular gambling and financial trading companies in London. The company has been listed on the London Stock Exchange for decades now and has been delivering high-quality gambling software, content, as well as platform technologies across virtual sports, live casinos, sports betting, bingo, and poker.

As a result, Playtech has an established presence in the UK and is looking to replicate the same results with American punters. Among its most well-known products is its omnichannel technology Playtech ONE which offers operators an array of features and benefits including single wallet functionality and responsible gambling tools. Since its debut in the gambling industry, Playtech has been partnering and investing in some of the top brands in regulated, as well as newly regulated markets such as Unibet to deliver its gambling tech and value chain.

This new partnership with Unibet will give Playtech access to some of the most thriving markets in the US, which will help the brand with its mission to expand in as many US states as possible in the next few years. Playtech already lives in the Garden State as a result of several partnerships of a similar nature.

For instance, Playtech has multistate agreements with BetMGM and Bet365. Playtech’s services and technology are already in use in Indiana, Pennsylvania, as well as Michigan as a result of its partnership with Parx Interactive. With this collaboration with Unibet, the brand will now have additional market access to Virginia, Pennsylvania, and Indiana.

Playtech partnered up with the operator of Parx Casino, Greenwood Racing, earlier this year in March. As a result of this partnership, Playtech was able to gain access to the multibillion-dollar casino market in the US. It also entered into a similar partnership with Novomatic Americas in March that saw the 2 suppliers start selling and distributing sports wagering products in the US.

Novomatic has an active presence in 11 states and 49 locations all across the US and boasts high-profile clients such as Penn National and DraftKings. As time progresses, it is expected that Playtech will keep making similar partnerships with more operators as the brand looks to establish itself as the go-to provider of gaming solutions.

Not too long ago, Playtech also entered into a mutual distribution partnership with Scientific Games, which is one of the biggest developers in the country. Because this partnership is mutual, it will allow both developers to benefit greatly from each other’s presence, scale, and reach all across the US, Europe, as well as in Latin America.

Owing to this partnership with Scientific Games, Playtech’s software has been available to various operators through the award-winning Open Gaming System. Almost all of Playtech’s casino products including its live casino, slots, table games, and promotions are now featured on the Open Gaming System. Scientific and Playtech are some of the most established and revered names in the gaming industry and this mutually beneficial relationship will give the 2 brands even more market access.

Playtech has been doing a lot to forge great partnerships and collaborations with established brands and the results have been great. Recently, Playtech confirmed that its US business was the company’s biggest generator of revenue. It shared all the details in the group’s H1 financial update for the 6 months that ended June 2021.

According to the H1 financial update, Playtech’s US revenue grew to $54 million, a boost of 106% from the same period last year. The group also saw an increase in H1 profits, which came in at $471.4m compared to the loss of $25.9m that was experienced last year. The brand has been making strong strategic and operational progress this year, despite the ongoing challenges that resulted from the pandemic.

Apart from the US, Playtech has also been very keen on expanding its presence in Latin America. Playtech obtained a license to operate in Buenos Aires, which was a landmark moment for the brand since Buenos Aires is one of the largest and most successful gambling markets in Argentina.

At present, a huge majority, at least 90%, of its international revenue is acquired from the regulated markets in which Playtech operates. The province of Buenos Aires is now Playtech’s 3rd most important regulated market in Latin America, after Colombia and Mexico. Playtech also has a very thriving presence as a result of various strategic alliances with local operators such as Wplay and Caliente.

Playtech also has a presence in Panama, as well as Costa Rica. In Europe, Playtech has also signed various new agreements and partnerships. For instance, it now has an agreement with Holland Casino. From this partnership, Playtech now has access to the growing online betting market in the Netherlands and is hoping to expand into more regions.

Ever since Playtech was founded in 1999 by Israeli billionaire Teddy Sagi, it has been growing from strength to strength. Playtech has been pursuing its expansion in the US for a while now and creating partnerships with established brands such as Scientific Games and Unibet will ensure that the expansion is actualized.

In the coming months, Playtech will likely continue implementing its strategy to keep working and collaborating with major brands in the world’s most successful regulated markets. In the end, Playtech is hoping to create the highest quality and most comprehensive responsible gaming entertainment across retailers and online gambling markets.