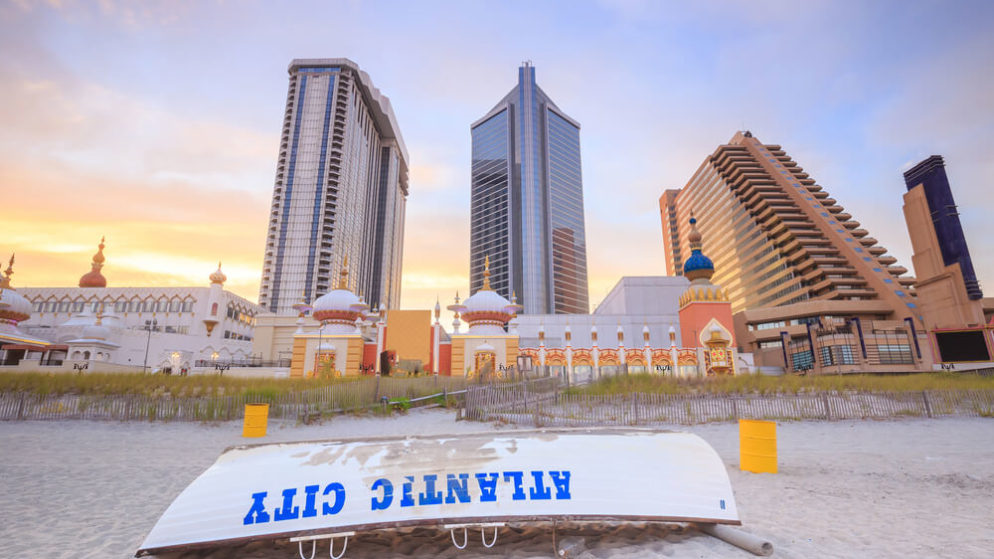 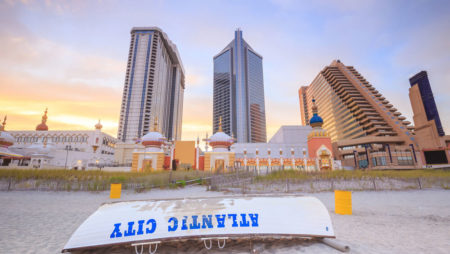 Surprisingly, not one gaming operator put in a bid for Pennsylvania’s sixth mini-casino license last September.

Clyde W. Barrow, a Professor at The University of Texas, Rio Grande Valley, has studied the Northeast gambling market for the last three decades, saw this no-bid situation as verification that the Northeast market is saturated. The signs have been apparent for a few years, as some casinos in the Northeast generated disappointing gaming revenues.

As states in the Northeast approved more large gaming properties in an attempt to boost local jobs and tax revenue, the number of both tribal and commercial casinos grew by nearly 50%, according to the American Gaming Association.

Northeast Gaming Lags Behind the Nation

Professor Barrow points out that the Northeast gaming industry “has reached its maturity and only growth in population and income will lead to higher revenue.”

Las Vegas-based gambling operators in the Northeast are experiencing the financial blow of the market saturation. As a result, they’re depending on their loyalty programs as well as developing creative marketing strategies to stay on top.

However, market saturation and poor growth probably won’t stop states in the Northeast from issuing more casino licenses in their hunger for more tax revenue. Professor Barrow calls this the downward spiral of the casino “arms race.”

MGM Resort International’s property ins Springfield Massachusetts, has had poor gaming revenue since it opened in 2018. That property cost the company $960 million.

“Admittedly, the MGM Springfield has performed below expectations. We’ve recently made a few changes there to improve the position of the casino,” MGM Resorts CEO Jim Murren stated during the MGM’s fourth-quarter earnings call.

MGM Springfield is just one of four casinos the company operates in the Northeast. The other three are the Borgata in Atlantic City, New Jersey, Empire City in Yonkers, New York and MGM National Harbor in Maryland.

The good news is, those three MGM properties place in the top six U.S. casinos by gaming revenue outside of Nevada. That’s according to data from the American Gaming Association. Those numbers only underscore the importance of the Northeast to the company.

Matt Maddox, Wynn Resorts CEO, noted recently during the company’s earnings call that their Encore Boston Harbor had a softer launch than the company expected, with poor slot revenue.

The four commercial casinos that premiered in Upstate New York between 2016 and 2018, have all struggled. However, some are now showing improvements.

Of particular concern, is the Del Lago in Waterloo NY. Last year, Moody’s Investors Service downgraded del Lago’s debt after the casino’s revenue was well below expectations. Del Lago’s poor performance is due in part to the very competitive local market. Five competing gambling operations, including one tribal casino and four racinos, are within 100 miles of the Del Lago.

Last year, the $1.2 billion Resorts World Catskills was close to bankruptcy. That was resolved when Lim Kok Thay and the Malaysian holding company Genting Group, agreed to buy out its investors.

Atlantic City and Connecticut Have Been Hardest Hit

Slot revenue at Connecticut’s two tribal casinos, the Mohegan Sun and Foxwoods, fell to $982 million in 2019. That’s down nearly 30% from $1.39 billion in 2010, according to UNLV’s Center for Gaming Research.

Slots and table revenue in Atlantic City has fallen by 25% over the same nine-year period, from $3.6 billion to $2.7 billion. Furthermore, five of the original twelve casino properties in Atlantic City closed between 2014 and 2016. That’s according to data from both the AGA and UNLV.

While two new casinos opened in Atlantic City during 2018, they simply bled off revenue from the other casinos in town, noted Jorge Perez, MGM Resort’s Regional Portfolio President.

The Garden City resort town felt the revenue pinch later in the year when The Cordish Companies opened Live! Hotel & Casino Philadelphia. That $800 million property features more than 2,000 slots, sports betting, live table games, and a luxury hotel with more than 200 rooms. The fact is, Philadelphia is located just 62 miles away, and has been an important market for Atlantic City.

Jorge Perez of the MGM noted that there are still areas of organic growth in the Northeast gambling market; one location gambling companies have envious eyes on is the country’s biggest city, New York.

Last year, MGM finished an $850 million acquisition of Empire City, one of just two casinos in the New York City area. Genting Group of Malaysia operates the other casino, which operates in Queens.

However, those two casinos only offer slot machines and electronic table games, which limits their appeal to those who prefer sports betting and table games.

New York also has a ban on issuing new casino licenses until 2023; gambling companies are pushing to have that ban lifted this year.

Also seeking one of the three licenses for a new casino in NYC is the Las Vegas Sands Corp. Last year, the company finalized the sale of its casino in Bethlehem, Pennsylvania. That casino is 80 miles from New York City. The company also hired former New York Governor David Paterson last year, to spearhead its lobbying push for a New York City license.

Professor Barrow noted that a third full-scale casino in or around the Big Apple would not only suppress revenues at the other two NYC casinos, but also those located in Atlantic City, Connecticut, and Pennsylvania. That move could even put the upstate casinos into bankruptcy.

The savvy Las Vegas operators are betting their massive customer databases and their power to offer a huge array of promotions and events, such as free stays at any of their properties, will play well with East Coast players.

The power of the database will allow some casinos to be protected from cannibalization, noted Jorge Perez. Perez pointed to MGM’s Borgata property, where the total slot and table game revenue remained stable in 2019, despite two new casinos opening the previous year. That’s compared to five of the other six Atlantic City casinos posted declining slot and table game revenue totaling $10 million last year. Those numbers are according to the New Jersey Division of Gaming Enforcement.

“Our customers are more loyal and more sticky to our brand, now that they have a lot of options within the MGM network”, Perez pointed out.

However, Perez also noted it can take a long time, for slot players, in particular, to abandon their loyalty to a particular casino. Moreover, the more competitive the market, the longer that change will take.

Matt Maddox of Wynn Resorts said during a February earnings call that the company had recently launched its first tiered loyalty card program in the U.S. That card has already helped to drive improved revenue growth at its Boston property.

Malaysian Genting Group, has recently introduced incentives, such as free stays, to lure its New York City customers to its Catskills property, said DeSalvio. Genting Group also plans to open a $4 billion casino on the Las Vegas Strip next year.

“Incentives to the Catskills was something I wanted to focus on right away when I joined the company,” said DeSalvio, who joined Genting in December.

Genting’s Resorts World Catskills casino is less than 100 miles north of New York City, in Monticello. DeSalvo believes it can be a viable alternative to Atlantic City or Pennsylvania for NYC residents who want a weekend gambling getaway.

Atlantic City is around 125 miles from New York City, and DeSalvio wants to make sure that Big Apple gamblers know that Resorts World Catskills is much closer than they think.