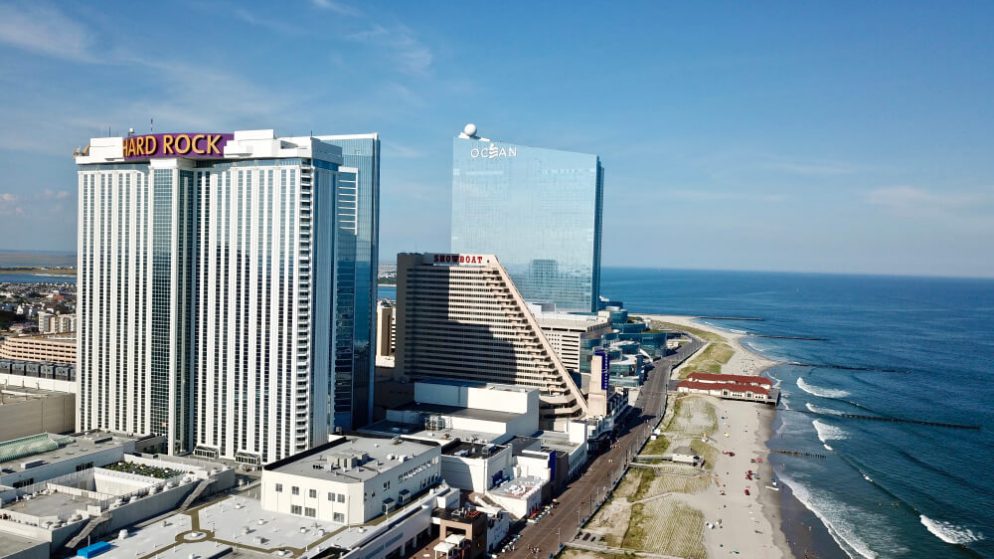 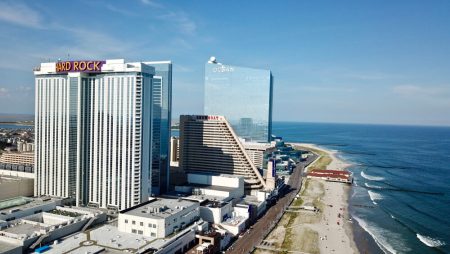 Ocean Casino and its counterpart Hard Rock Casino have been running operations on Atlantic City for the past 3 years. In spite of the Covid-19 pandemic, these two casino businesses have recorded success. It is for this reason that the management teams of the two gambling houses are now holding celebrations in a unique fashion.

A party parade, pool party, a flash mob, a parade and even live concerts are just some of the activities that have been lined up to commemorate 3 years of business success. Compared to other similar businesses that have been in the area, Ocean Casino and Hard Rock Casino are newcomers that have already begun to take bites out of the success cake. This performance is however not by chance because the two casinos have been stamping their positions since they first set up.

According to revenue records, Borgata Casino & Spa emerged the top in terms of revenues collected from land-based casino activities. They were followed closely by hard rock and Ocean Casino establishments. A single casino establishment is responsible for giving job opportunities to thousands of job seekers from the surrounding community.

For Ocean and Hard Rock, the opportunities have been doubled by virtue of the fact that they both operate within the same environment. Their commitment to Atlantic City is also visible from the contributions they make towards charity.

Looking at the bigger picture, these 3-year celebrations are also being held so that the casinos can announce to the world that they are now free of the pandemic. It is important to take note of the fact that Atlantic City casinos have in the recent past been associated with massive losses.

Between the years of 2014 and 2016, five boardwalk casinos closed down – two have now been given a new lease of life. To resume normal casino operations, it has taken the support of Hard Rock International and Seminole Tribe in Florida. The two entities have pumped in over $500 million into a project that will see the Trump Taj Mahal emerge from an ancient relic.

The investment that was made by these two companies is meant to earn significant profits for the parties. It was a worthy investment though because the new building looks fresh and modern. It is even close to impossible trying to convince someone that the old building was once dilapidated and worn down; so much so that a building that was once priced at $1.2 billion was sold for $50 million at the point of acquiring it in 2017.

The new building with a new face is now owned by Ocean – it is considered as the biggest commercial gaming flop in history. At the time when it opened its doors to the public in 2012, the Revel Casino Hotel was worth $2.4 billion, a value that would diminish significantly after two years of operation to a mere $90 million.

The road to business success

Both Ocean Casino and Hard Rock Casino got to where they are now because of the hard work that has been their backbone for a long time. Many people might not be aware of the hard work that goes into building a successful business operation because all they see is success. Casino input is more than plugging in the slot machines, shuffling a deck of cards and swinging open the doors of the casino lounge.

For both casinos, operations in the Atlantic City market started with a leadership change within the first one year. Ocean is financed by financiers from Wall Street and when they saw the business taking a dip, they took over running of the property. Their first major change that would shape up the business model of the casino was the introduction of an executive team that had been at the helm of Atlantic City casino business for a long time.

Employing former employees of Borgata did not start with the recent appointment of a former marketing executive into top tier management. In 2018, Hard Rock hired an executive that was formerly running operations in Borgata to drive the company’s interests forward. After a massive capital injection into their operations, the two market newcomers set out on a path of business success.

Results from gambling operations of Hard Rock and Ocean Casinos

The entire Atlantic City gambling market is characterized by the presence of some major players that run the city’s economy. Ocean and Hard Rock rank at positions 3 and 2 respectively. This data has been sourced from results drawn from slots and table games performances.

From data reported in 2020 business operations, Hard Rocked posted $224.8 million casino revenue from house wins while Ocean posted $183.5 million for the same period. Come 2021 and Hard Rock posted wins amounting to $151 million, Ocean $106 million while Borgata has managed $208.9 up to May.

A warm welcome back into Atlantic City

Speaking about the success of her company, the CEO of Ocean Casino Resort, Terry Glebocki, attributed the good performance to connecting with customers and listening to the demands of guests. She pointed out that the casino management is so far excited about their current performance.

Looking back at what has been achieved over the last year and a half, it is obvious that it takes a lot of deliberate action and conscious decisions to make it in the casino business. A casino expert in AC, Glebocki, who serves in the Casino Association of NJ as the president, is hopeful that the future of the business that looks up to her for leadership will be a story of success.

If each of the nine casinos that operate in the city pulls in their weight, the success will spill over to the city as a whole. From past performance, Glebocki anticipates a great summer for the gambling society in AC. Everyone who loves gambling will be present in AC so summer will definitely be great.