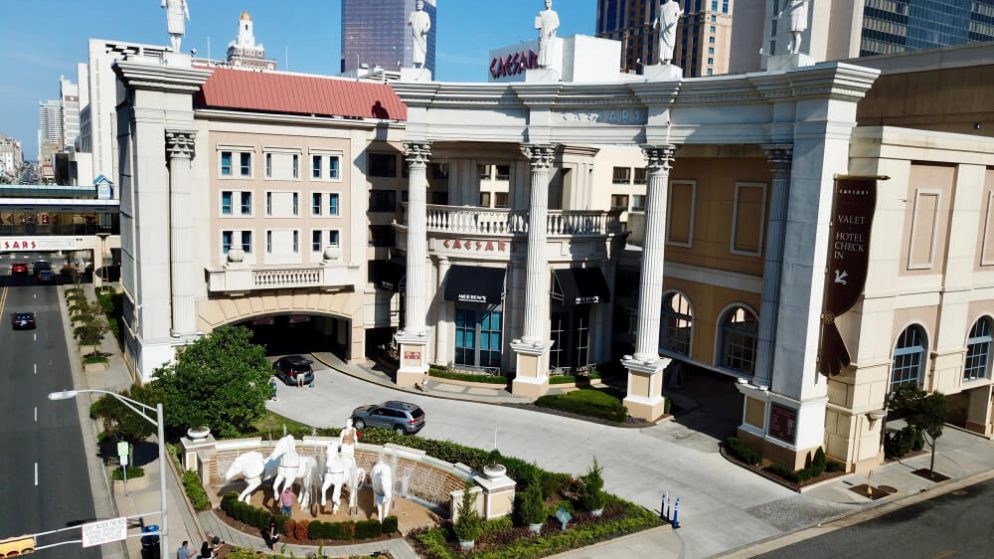 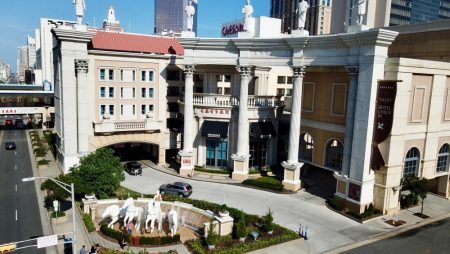 When Caesars Entertainment was taking over Tropicana, the casino operator promised its customers in New Jersey that they would soon see positive change in the three properties within the state. At the time of laying bare the plans they had for their customers, the entertainment group promised that it would dedicate a significant budget to upgrades.

The time is finally here and the casino group already has a budget which they will work with to pump in new life into the 3 Atlantic City gambling establishments. A few months into 2021 and the company has announced that it will be setting aside $400 million. The money will be used on Harrah’s, Caesars and Tropicana.

As the casino industry rises up from the ashes of a difficult year, the average casino visitor is eager to break free from the restriction of social distancing. The last few months have been quite eye-opening and people have realized that gambling can be purely online based. This does not mean that the traditional casinos are obsolete, at least not if they get an upgrade.

Caesars Entertainment has joined the league of other players in this space who feel the need to give their customers value for their time and money. The traditional casino no longer exists because people do not walk in to gamble. They walk in to socialize and enjoy the luxury offered within these walls.

For the 3 casinos that Caesars Entertainment is targeting, the plan is to remodel the towers in the various rooms, incorporate modern elements of interior décor, enhance the appearance of the gaming floor, and add in inviting concepts around the dining places.

While it is not yet clear when the Covid-19 pandemic will be contained, the above planned renovations and upgrades have been scheduled to run for a period of 3 years. This duration will however be broken down into phases which will be characterized by funds releases. The initial phase of the upgrade will be allocated $170 million which will cover the cost of remodeling an estimated 600 guest suites and rooms.

This first phase will focus on Harrah’s and Caesars; by the time the funds set gets depleted, the Atrium Tower at the Harrah’s and Centurion and Ocean Towers at Caesars’ should have new faces.

In line with the origin of the casino’s name, Caesars will be treated to upgrades that highlight the Roman aesthetic. This will be carefully matched to the modern scenery that the eyes hover around when one steps out into the natural Atlantic City spaces. It is expected that a lot of inspiration will be drawn from the beach scenery, the ocean and the renowned boardwalk.

The paint that will go onto the walls of the accommodation suites has been carefully selected to convey comfort and prestige; rich shades of cream and blue tones alongside grays and whites will not only add a feel of freshness but also of belonging.

Aside from color, guest rooms will feature modern furniture pieces, contemporary bathrooms fittings and signature amenities that will be unique to each room. In line with modern space engineering trends, the upgrades will also include oversized mirrors and shower facilities.

The blueprints for the upgrades planned for Harrah’s were inspired by the culture that the casino has promoted over time. This casino is well known as a hospitality hub where people converge for lively, vibrant and fun sessions. Part of this environment is promoted by the establishment’s locale at the polished district of Marina.

Speaking on the planned upgrades, Caesars president and CEO, Anthony Carano, revealed that Caesars has been in the market for over 40 years. This is a long time for a business to carry on with usual practices and expected extraordinary results. In his statement, Carano expressed Caesars intention of remaining relevant in the industry and upgrades are just one way to secure the future.

The bullish nature of Caesars in Atlantic City is proof of their intention to raise the standards of gambling in New Jersey. Many people who started gambling in the 1970s can attest to the fact that Caesars still existed then. This is the legacy that the entertainment group seeks to safeguard by spending a generous $400 million investment on casino development and upgrade.

Carano appreciates that Caesars Casino has been in the NJ market for a long time then goes on to affirm their commitment to future success. This will however only be possible if all the casinos affiliated to the brand are up-scaled to match the needs of the modern gambler.

Even the mayor of Atlantic City, Marty Small Sr. expressed his excitement over the planned renovations. According to Small Sr., Caesars is proof that a traditional company can reinvent itself to remain relevant in an ever changing business environment.

Financial reports from 2020 reveal that the Tropicana Casino took third place in view of revenues collected within the year. This report which was released by the New Jersey Division of Gaming Enforcement ranked all nine casinos in Atlantic City.

The casino revolution in New Jersey

The first casino to ever break ground in New Jersey was Resorts and this was followed barely a year later by Caesars in 1979. The setting up of casinos outside the traditional gambling arena of Las Vegas was quite phenomenal. The Caesars would however only acquire its signature name in 1983.

The next casino to set up base after Caesars was Harrah’s in 1980 – it was the first casino to enter Marina in Atlantic City. The Tropicana followed this wave in 1981 and stood where the renowned Ambassador Hotel from the Boardwalk Empire once sat.