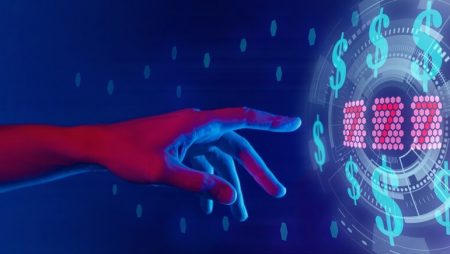 Punters in the Garden State have some of the widest selections of online casinos in the country.

As such, there is never a shortage of announcements. Not too long ago, BetMGM shared that it had reached a strategic partnership with Greentube, an online casino developer with headquarters in Austria.

With this partnership, Greentube has automatically boosted its presence in one of the most vibrant iGaming markets in North America, which is a milestone for the brand. Greentube announced last year that it would be entering the US market via New Jersey thanks to its deal with Golden Nugget Online Gaming.

Making its entry through the most competitive iGaming markets in the country was indeed a momentous achievement for the brand. GNOG’s partnership has helped introduce the brand to the masses as Greentube continues to fulfill its mission of expansion across the US. When it launched last year, Greentube had made it clear that it would continue pursuing further partnerships so that it can offer its products to punters in more states that enjoy legal iGaming.

The C.E.O and chief growth officer of Greentube, Michael Bauer, has stated in the past that the US offers the Greentube brand unparalleled potential. As such, Greentube will likely keep pursuing entry into key US iGaming territories moving forward. Online casino gaming regulation continues to make headway across the country with more states expecting to legalize full iGaming before the end of 2022.

BetMGM now marks the third online casino from New Jersey to host Greentube games. Since BetMGM is one of the most established brands in the market, Greentube will now have access to other established markets the likes of Michigan, Louisiana, Washington D.C, Pennsylvania, and New York. BetMGM is currently available in 16 states but the brand is hoping to expand into even more jurisdictions before this year ends.

Even though this partnership will help Greentube expand its presence in the US, this deal will also benefit BetMGM greatly. Thanks to Greentube’s lineup of high-quality games, BetMGM will continue to stand out as it offers its customers variety. BetMGM customers will now access hundreds of new games, which allows the brand to remain competitive in the tough and crowded New Jersey betting market.

Greentube is one of the most recognized brands in the European gambling market. Ever since the brand was established in 1998, it has produced some of the best slot games available. Although the brand made its name creating video slot games. The brand also has various bingo, video poker, and an assortment of other online casino games.

With this strategic partnership, BetMGM will now offer all of Greentibe’s slot games. Some of the games that will be up for grabs for BetMGM customers include the Diamond Cash series, Prized Panda, God of the Sun, and more. Greentube will also keep innovating and availing new games to customers from month to month.

Greentube is a subsidiary of NOVOMATIC Digital Gaming and Entertainment, which is one of the most established online casino gaming companies in Europe. As such, the brand is bringing with it decades of experience and success that it is hoping to replicate in the American gambling market. Last year, Greentube also secured entry into 16 states when it collaborated with top content provider PariPlay.

Even though growth in the US remains a major focus for Greentube, the brand has not ceased pursuing its expansion plans in Europe, which is where it has made a name for itself for years. Most recently, the brand gained a footprint in Italy when it went live with celebrated poker operator PokerStars. Greentube’s entry in Italy is expected to be followers with launches in more markets including Denmark, Greece, as well as Romania.

Last year, Greentube added its iGaming portfolio to CasinoBarcelona, which is one of the biggest online casinos in the European region. This partnership with the Spanish-based CasinoBarcelona marked yet another momentous step for Greentube within the regulated market. This partnership saw Greentube debut some of its most esteemed titles including Diamond Link, Book of Ra, Lord of the Ocean, as well as Sizzling Hot to punters in Barcelona.

GreenTube also made headway in Ukraine last year when it signed a similar strategic partnership with FirstCasino. This partnership deal was signed in August 2021 thus giving punters in Ukraine access to Greentube games like Mighty Elephant titles. The iGaming market in Ukraine was quite strong before the war broke out.

Having established its footprint in the market, FirstCasino made an excellent partner thanks to its reputable brand and its emphasis on responsible gambling. Gambling was only legalized in Ukraine in August 2020 after a bill permitted operators to offer regulated land-based, as well as online casinos and sports betting.

In 2021, Novomatic also managed to gain market access to British Colombia owing to its partnership with the British Columbia Lottery Corporation. A little after this deal was struck, Greentube signed yet another massive deal in Canada when it teamed up with Loto-Quebec. With these partnerships, Greentube now enjoys a boosted presence in Canada’s iGaming market which has been growing steadily since the legalization of iGaming.

Greentube first entered the gambling market when it debuted its now renowned 3D sports game Ski Challenge. Since then, the brand has become a pioneer in the development of state-of-the-art casino game titles. In 2000, the company finally rebranded into Greentube Internet Solutions before changing its name again to Novomatic in 2010.

The US offers unparalleled potential for Greentube and will probably remain an important jurisdiction for the Austrian brand as iGaming rules keep gaining ground across various US betting states. The US gambling market is a massive and growing industry worth billions of dollars and it keeps growing with each year.  Greentube has remained quite consistent as far as its expansion plans are concerned and will likely keep forging partnerships in both Europe and North America.