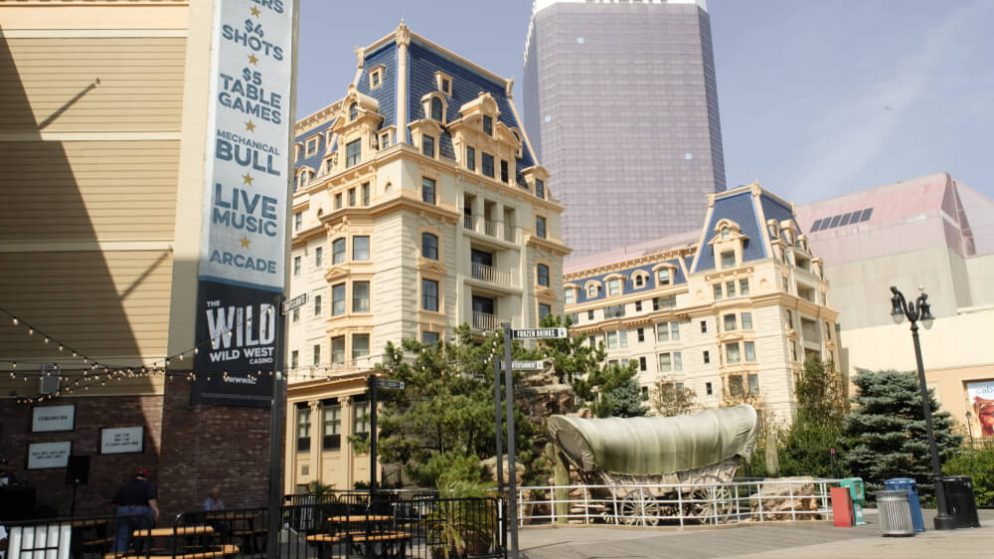 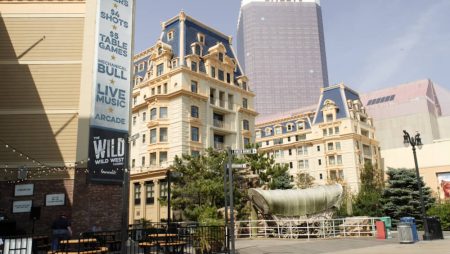 Bally’s Corp is on a forward charge as it plans to upgrade its façade. The people of Atlantic City will one day in the near future wake up to a fresh looking Atlantic City Casino premises. Apart from serving walk-in customers, the casino management is also gearing up for a grand entry into the vibrant NJ online gaming market. The plans have already been laid out and what is remaining is the call to move forward.

Following a hearing that took place on August 17, the Casino Control Commission of New Jersey unanimously gave an operating license to Bally’s Corp.

Investing into the business

While it is not news for the New Jersey authorities to issue an operating license to new betting operators eyeing the market, the Bally’s Corp approval is not without conditions. The regulators directed that a fund of not less than $100 million be pumped into the AC project over a period of five years.

The chairman of the NJCCC, James Plousis, argued that making key changes to the outward appearance of the longstanding casino establishment will go a long way into attracting customers to want to see the inside. At the same time, the quality of the entire building would be improved and this will result in better valuation of the property.

When given the suggestions, the management of Bally’s Corp had no objection to the projected five year renovations budget. The focus for the mother company is the visual appeal, competitiveness and profitability of the building that had for a long time served the traditional casino clientele.

In its ruling, the NJCCC has directed that the previous owners of the casino, Caesars Entertainment and VICI Properties will give $30 million to Bally’s Corp as partial reimbursement of the $100 million.

With an improved building and better systems, it is possible that the new Bally’s Corp will require more hands to run. As such the Division of Gaming Enforcement in NJ has made a recommendation to have more workers hired to work at the gambling premises. These two conditions were issued to the company at the hearing and the management agreed to both of them.

Plousis agrees to the fact that the casino industry in AC has been quite vibrant and has over time acted as a powerful engine for propelling the economy of the area forward. The industry has created employment for many people in the state since it was established. Increasing the staffing levels at the casino will be a great step in protecting the industry from gaming integrity issues occasioned by low staffing.

Upgrading the status of gambling for Boardwalk casinos

Formerly an asset of Twin River Worldwide Holdings, Bally’s Corp acquired the Atlantic City Casino in April 2020 at a cost of $25 million. Seven months after the purchase was concluded, the new owners, who are based in Rhode Island, were granted authorization on an interim basis to carry out gambling operations in the NJ.

When the new owners were acquiring the gambling property, they agreed that they would spend $90-million to renovate the property. Considering that the building in question is more than 42 years old, it makes sense that some structural renovations be made – no wonder the new budget projects an expenditure of about $100 million.

Bally’s is among the oldest (December 1979) physical gambling spots in AC; Caesars Atlantic is about 6 months older (June 1979) while Resorts Atlantic City is more than a year older (May 1978). The other two premises have already undergone some form of renovation so it makes sense that Ball’s undergoes the same so as to remain competitive in the market.

Plousis hopes that the proprietors of Bally’s will continue to treat it as a priority project in anticipation that the new look casino will flag off an aggressive campaign to have it reintroduced into the market. The future is bright for Bally’s because newness brings about an atmosphere of energy, excitement and new life.

How will the $100 million budget be broken down?

Breaking down the five year expenditure plan; $25 million will be utilized in the current year, $30 million before the close of 2022, $35 million over the course of 2023 and the remaining $15 million will go to work scheduled for the fourth and fifth years.

Contrary to popular belief, funding the launch of a FanDuel Sportsbook is not among the items that have been allocated a budget cut in the renovation of Bally’s Casino. Casino guests can however expect multiple eatery options within the casino premises.

Currently under construction from the bottom is a brand new gaming space termed as a high limit area. This will be followed closely by a lobby bar, pool and spa facilities for players to enjoy. These facilities indicate the casino will have a loyalty casino program that will reward players with personal care services based on how much they spend at the casino.

The management of Bally’s Corp is in the process of finalizing a deal where the gaming giant will take over the operations of Gamesys at a cost of $3.4 billion. The online casino gaming software and platform Development Company is based in the UK. The CEO of Bally’s, George Papanier termed his team as an optimistic lot. By sourcing for opportunities to invest then pouncing on them at an economically viable rate, Bally’s Corp is growing into a competitive brand in the state of New Jersey.