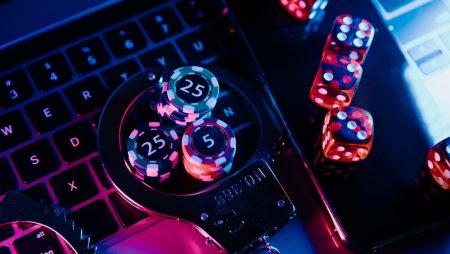 A man from New York City has moved to court to file a case against a casino operator running a business in Atlantic City, the parent company, along with the online betting partner associated with it. According to the complainant, the casino platform disconnected him from online gambling on several occasions. In an effort to hide this malpractice and prevent exposure to the New Jersey Gambling regulators, the man alleged that the casino tried to pay him off by giving him money.

In his court submissions, all this took place over a span of nine months during which he placed bets amounting to $29 million. Sam Antar reports that he is a compulsive gambler, a fact that is well known to the defendants in this case that are MGM Resorts International, the Borgata casino, and its online partner Entain.

In the lawsuit which was filed at a Middlesex County state Superior court last week, Antar is on record accusing the defendants of racketeering fraud among other transgressions. He provides evidence of some of the disconnections he suffered on the online betting platform while asserting that they were in the thousands. His main concern was the fact that the system appeared to have a connection glitch when he had a winning hand that was then wiped out.

According to Antar’s lawyer, Christopher Gramiccioni, the rate of disconnection for his client during the nine months period was about 50%. He added that his 46 year old client had lost hundreds of thousands of dollars within that period. Gramiccioni appreciates the fact that intermittent technical issues are normal with online-based businesses but they should not happen 50% of the time.

The former Monmouth County prosecutor argued that the casino should have taken proper corrective action instead of giving him $30,000 each month. By regularly doubling down and pumping extra money into his pocket, the casino deliberately attempted to hide from regulatory authorities. Sort to comment on their position in the matter, Borgata and MGM declined commenting through a spokesman, while Entain ignored all requests for comments.

In the meantime, the lawmakers of New Jersey are in the process of weighing the pros and cons that gambling has had on the economy. This will inform their decision to extend or cancel the law that authorizes internet gambling in the state for the next decade. Antar, who has been convicted of fraud in the past, faces jail time if he is found guilty of having cheated friends and family members out of money that he used to feed his gripping gambling routine. In the most recent hearing of the case, he pleaded guilty to theft through deception.

Do you know the story of Eddie Antar, in1970s and 1980s, the founder of Crazy Eddie electronics stores, who defrauded investors out of over $74 million was the uncle to Sam Antar?

In 2013, the younger Antar was incarcerated for 21 months at a federal prison facility for taking $225,000 following a fraudulent investment racket. From his own statement, he admits to having served a jail term and is cognizant of the possibility that it could land in prison again.

In his defense, Antar blames his criminal tendencies on the fact that he has been unable to contain his compulsive sports betting habit. Speaking at an interview with the Associated Press, this New Yorker looks back at his record with regret. Although he does not particularly mention anybody specifically, he acknowledges that there are many people going through the same challenge and what they need is help.

Antar opens up about having been in prison at some point in his life and points out the fact that there might be an impending sentence coming up against him. Details of his lawsuit reveal that he had reached out to different officials and employees of the casino highlighting the existence of a serious and recurring connectivity issue. The fact that the casino kept the platform working knowing too well that the games available would malfunction is a case of negligence. It is understandable that their main concern is profits given that they are in business but Antar and probably the court interprets this as professional misconduct.

Antar says that he addressed his complaints to local brand supervisors as well as VIP hosts, an online portal for complaints, the president of the casino and the CEO of its parent company. He admits that the companies paid out bonuses to him almost daily which summed up to $30,000 a month. The purpose of the payouts was to keep Antar playing and bribe him into not reporting the gaming malfunctions to the New Jersey Division of Gaming Enforcement. Antar’s lawyer says that his client did not contact the enforcement division.

The games that Antar played during this malfunction period include live dealer blackjack and online slots, sometimes for 24 hours straight. In one of a 16 day period in January 2020, Antar is reported to have spent over $5 million in bets. The total number of individual online bets he made over the nine months period is over 10,000.

When he complained to the casino employees about the challenges he was facing, the workers acknowledged that other customers had reported similar experiences. In one such correspondent, an employee tells him that “other players are not getting anywhere near what you are getting” in reference to the level of compensation.

There is a mention of text messages sent to Antar from a representative of MGM urging him not to contact top management or the DGE about the case. Considering his previous record of gambling loss, Antar felt that he had no option but to comply so that he could continue feeding his compulsion. It would appear that Borgata Casino preyed on his compulsion to control his actions but that is for the courts to establish.