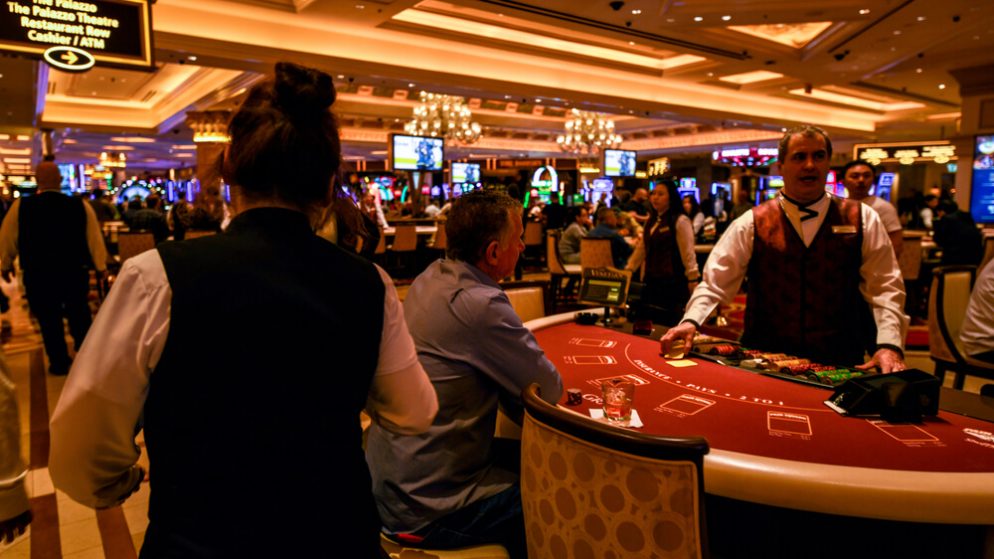 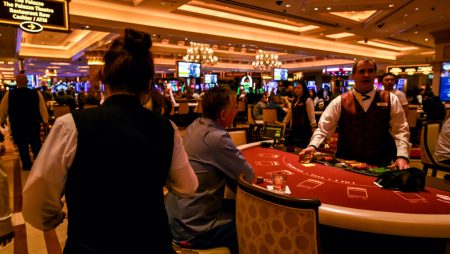 The Atlantic City casino business community is in trouble with the law for allowing some unidentified uses to place bets through their platforms. The worst part of the case is that it has been going on since 2019 and includes minors. Each of the casinos that had been implicated in the scandal was slapped with a five-fold fine and they had to let go of money generated from those wins.

Self-exclusion is a status that a registered bettor signs up for in an effort to tame their detrimental gambling habit. Most online betting platforms have this option and all require that a player specifies the duration of time they wish to be excluded. Their bets will be flagged and rejected over that period.

The case has pointed to a culture of laxity by which the casinos carry out their business. It has been revealed that in November 2021, Tropicana Casino in AC let down its guard and went against the gambling code of conduct. Casinos are by law required to freeze the accounts of players who had opted for self-exclusion. They are also supposed to demand for identification from any player who places a bet in any of their betting venues.

In the revelation that points to Tropicana as the least diligent gambling venue in Atlantic City, the operator allowed 40 bettors to participate irregularly. Some of these players had either opted for self-exclusion while others played without verification of the identity.

For this violation, the casino management had to part with a fine of about $59,860. Apart from what has already been mentioned Tropicana Casino has been implicated for betting malpractice twice. The local gambling regulations were not enforced and the casino lost a total of $15,945.

Harrah’s Casino has had a taste of the fine when it was discovered that the betting operator had violated regulations in 2019. Initially, a total of seven individuals had gambled without identification but one came back and produced an ID. With only six cases now proven to have been against directives, Harrah’s forfeited a mere $4,622 from its revenue collection. That is Harrah’s recent record; the past has records of 3 violations that caused the casino to lose placed bets amounting to $18,861.

Of the casinos in Atlantic City that had been on the spotlight for violating the gambling laws, Caesars is an example of what happens when a lesson is not learnt the first time. In November 2021, the casino flagged for allowing 20 minors to place bets totaling to $901. The casino was forced to give back the money to the rightful owners without consideration that some of them had won their bets.

The second fine for Caesar came in February 2022 when the casino allowed bets from seven unknowns – this caused them to lose $1,632. Apart from these recent fines, Caesars has 8 more fines to its name and the total value of forfeited bets is $57,073.

Another fine which was imposed in recent times involves Rock Hotel & Casino Atlantic City that was found guilty of allowing 30 underage players to bet in February. The casino, just like the others that had been found guilty, was forced to give up $1,632 which had been collected from the said bets.

The cycle of improper ID checks

Even though the above-mentioned casinos may stand out because of their performance in New Jersey, the transgressions they have been caught up in are nothing new. It is now obvious that the New Jersey Division of Gaming Enforcement has enforced certain laws but the casino operators deliberately choose to ignore some. In a bid to create a level playing field for businesses and maintain sanity in the industry, the regulator is forced to put in extra work to curb misconduct. As a matter of fact, this matter has been explored before, with an article published to analyze the extent of breaking rules for New Jersey based casinos.

Those who have insider information on the issues surrounding various casinos in New Jersey might be wondering why Borgata Hotel Casino & Spa has not been mentioned yet. Well, this is the biggest gambling offender in the entire garden State with a total of 11 fines and loss of $95,803 from forfeited winnings.

There has also not been any mention of the popular Bally’s Casino but this does not in any way mean that it is free of misconduct cases. The casino has on five occasions been hit with a fine which has resulted in the loss of $34,319 that had been paid as bets on the flagged incidences.

Hard Rock Casino also belongs to the same category as the two casinos named above. In the recent past, the casino has been involved in four transgressions. The result of this has been the forfeiting of gambling revenue amounting to $14,947.

Ocean Casino had only had a single slip, a violation of regulations that caused a loss of $10,659. Another casino that has tried to keep its slate clean but only failed once is Resorts Casino Hotel whose violations cost it $4,105 by way of forfeited bets.

The record for the most diligent casino establishment in the whole of AC goes to Golden Nugget Hotel & Casino. Although critics claim that it is highly unlikely that a casino has managed to run its operations without ever being on the wrong side of the law, the industry is yet to produce proof that GNOG is like the others.

The wave of the pandemic is clearly behind us and Atlantic City’s casinos appear to be bouncing back quite well. According to data collected from casinos in 2022, it has been revealed that the performance of the gambling industry post-Covid19 is way higher than it had been pre-Covid19. As the recovery hands bettors the confidence to go back to physical casinos, there are new pressures being imposed on the industry.